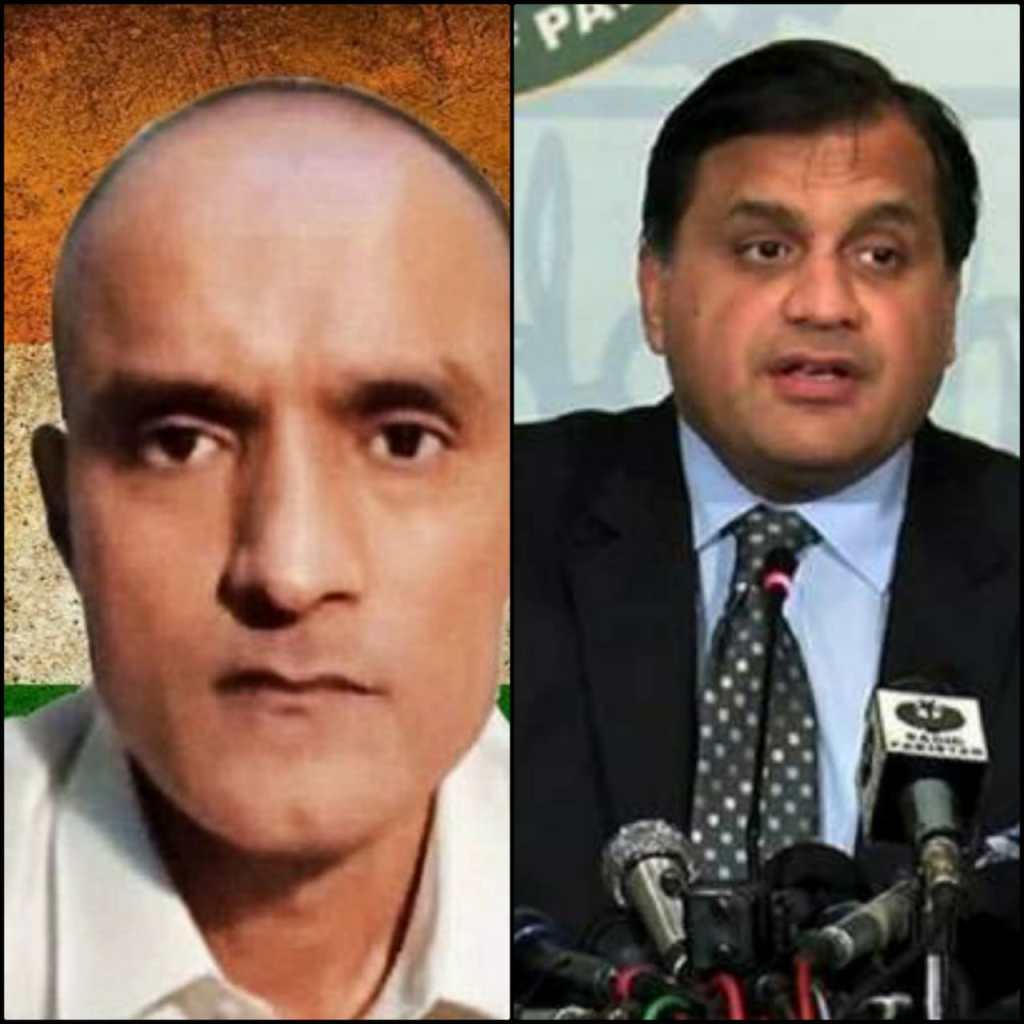 After a dozen requests over the span of on year, Indian officials were finally allowed to meet Kulbhushan Jadhav, the former Indian Navy official who disappeared in 2016. He was then found in Pakistan and the country has ever since been making claims that he is an Indian spy. However, the consular visit was not “unimpeded, uninterrupted and unconditional” as requested the MEA said. The meeting was arranged as 20th July is the last date for Jadhav to file a review his petition. The meeting ended inconclusively as Pakistan dint provide enough privacy required for the consular meeting.

Kulbhushan Jadhav was born in in 1970, in Maharashtra. He served in the India Navy from 1987 – 2001 and then took retirement to start his own business in Iran. He disappeared in 2016 and then Pakistan security agencies claimed that they arrested him in Baluchistan. According to India, he was kidnapped from Iran. Pakistan claims that he still works for the Navy and is a spy associated with the Research and Analysis Wing (RAW) of India. They also produced a video in which Jadhav was seen claiming that he works for RAW. But the MEA rubbished the claims saying that the video was doctored. A Pakistani Military Court sentenced Jadhav to death in a close trial on charges of ‘terrorism and espionage’ in 2017.

After being denied all the requests for a consular visit, ( It is a provision provided to foreign nationals to have access to consulate or embassy officials of their home country in the host country according to Vienna Consular Relations) India moved the matter to the international Court of Justice in Hague, in 2017. India appealed to the court to annul the death sentence and release Jadhav as the trial was not fair and dint even comply with minimum standards. The court had then suspended the execution of Jadhav’s death sentence and rejected India’s appeal for his immediate release.

Post this, Jadhav’s wife and mother travelled to Pakistan to meet him, accompanied by an Indian diplomat to ensure that they were not harassed there. The Indian side condemned this whole act as “lacking credibility and the overall atmosphere was intimidating”. The family was not allowed to speak in their mother tongue and were also asked to change their clothes before the visit. His wife’s shoes were not returned at all.

In 2019, the court stated that Pakistan must ensure “effective review and reconsideration” of the conviction and sentence of Kulbhushan Jadhav and to grant consular access to India without further delay”. Thus, in September 2019, Indian Deputy High commissioner Gaurav Ahluwalia met Jadhav at the Indian High Commission for two hours in a monitored environment. The MEA later issued a statement that the DHC found Jadhav to be “under extreme pressure to parrot a false narrative to bolster Pakistan’s untenable claims”.

Earlier this year, in May, Pakistan passed an Ordinance, which it claimed to comply with the ICJ’s order. The ordinance proposed that the consular officer of the Indian High Commission should file a petition before a Pakistani High Court to review Jadhav’s death sentence. The Pakistanis also claimed that Jadhav has refused to file an appeal in the Islamabad High Court against his death sentence in spite the offer of the military court to do the same and has decided to go ahead with his mercy plea. India was not happy and accused Pakistan of continuing its foul play (farce), it has been continuing for 4 years in the matter. The latest consular visit was to discuss and provide legal representation for Jadhav to file a petition.

Despite ICJ’s 2019 judgement, Pakistan kept denying the requests made by India for an unhindered consular visit since a year. The visit was finally scheduled on 16th July at 4.30 pm IST. Although Indian had already provided their conditions for the meet to be unimpeded and unobstructed, the Pakistani officers were “with an intimidating demeanour present in close proximity of Mr Jadhav and consular officers despite the protests of the Indian side” the MEA said. A camera was also recording the conversation, and Mr Jadhav was visibly under stress, just like the first time, the consulate officers have said. As the atmosphere did not permit the officers to have a free conversation with Jadhav, they could not inform him about his legal rights and prevented from obtaining a written consent to arrange for his legal representation. Thus, they returned as the meeting was inconclusive. Indian government has lodged a formal protest against Islamabad.

MEA spokesperson, Anurag Srivastava has said “India has repeatedly asked to allow a lawyer from outside Pakistan to appear for Shri Jadhav in any review and reconsideration proceedings. Pakistan has denied it. Since 2017, when Military Court carried out a farcical trial, Pakistan has refused to hand over any relevant document, including FIR, evidence, court order, etc in the case to India. Clearly, Pakistan is attempting to create a mirage of compliance with the ICJ judgment.”

All the above information obviously makes one wonder why Pakistan is being so sketchy with the whole case. Why are they not letting Indian Consulates have unmonitored, unimpeded conversations with Jadhav? Why all the secrecy with the documents? Doesn’t the judgement of ICJ mean nothing to Pakistan? The Indian government has assured that they will consider all the appropriate options to ensure the safe return of Kulbhushan Jadhav to India. Let us all sincerely hope that in the end “truth alone prevails” and Mr Jadhav returns to his home.

RUSSIA HAS A NEW CONSTITUTION AND THAT’S THE TEA!