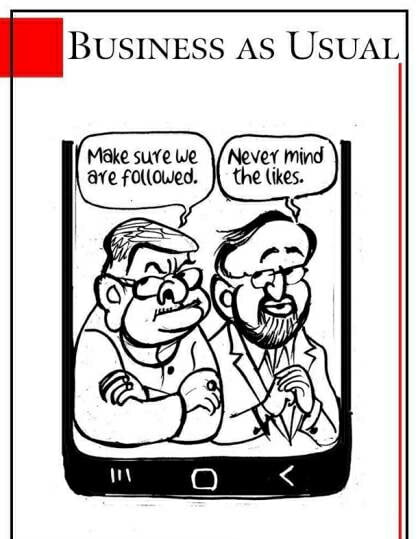 On Thursday, the Indian government announced a sweeping exhibit of rules reining-in social media. In particular, social media platforms are needed to turn out to be “more responsible and more accountable” for the content they carry and convey. Presently, there is a rundown of stuff considered offensive.

In other words, the government is giving itself a lot of space to cut Big Tech down to size, said the Dean of Global Business at The Fletcher School at Tufts University – Bhaskar Chakravorti
However, whether or not India’s actions are spurred by its recent frustrations with Twitter or part of a more wider global trend, the question is: Who gets to decide what is legitimate free speech — Big Government or Big Tech? Here lies the arguments to explain both sides of the debate.

One argument for government mediation rests on the presumption that it is never in the commercial interest of Big Tech to eliminate offensive speech. To counter this argument, Big Tech proponents would battle that the companies are getting more smarter about the risks and dangers of permitting such content on their systems and will inevitably discover it in their self-interest to pre-emptively kill it.

The second argument in favour of the government would be as per the following: In democratic societies, governments are elected to represent the will of the individuals. So if there is a hard decision to be made about curtailing speech or allowing it, it seems to be simply normal to go to the public guardian. The counter to this theory would be that, in practice, even justly elected governments are a long way from perfect.

A third viewpoint is to acknowledge it doesn’t matter who is the “true” upholder of the public interest; for all practical purposes, the result of the struggle between Big Government and Big Tech will be dictated by relative bargaining power. While governments actually are capable of taking the entire platforms offline within the borders of their nations, these platforms are presently so tremendous to such an extent that their users would revolt.

Chakravorti concludes telling The Indian Express, “All said and done, I would say we now live in a new era of global diplomacy. It isn’t just states butting heads with other states; there are gigantic tech companies that have thrown their hats into the geopolitical ring….India can impose a ban on TikTok and the politician’s children are deprived of endless hours of entertaining videos. But if it turns the lights out on Twitter, Prime Minister Narendra Modi would instantaneously deprive himself of 66 million followers. Twitter knows that and the negotiators within the government know that as well.”