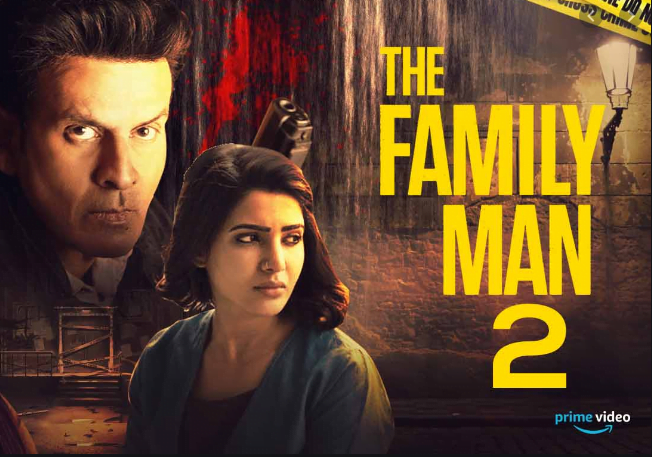 Days ahead of its release, ‘The Family Man Season 2’ has been embroiled in controversies as some of the leaders from Tamil Nadu accused that the Tamilians have been shown in a bad light. Soon after the release of its trailer, there was a great hype about the Manoj Bajpayee starrer web series until Seeman, the Chief Coordinator of Naam Tamilar Katchi has pointed out the flaws.

On the contrary, director of the webseries ‘The Famil Man Season 2’, Raj and DK, urged people to watch the show once it is released without making opinions from the trailer. Starring Manoj Bajpayee and Priyamani in the lead, this season brings on board actor Samantha Akkineni who is playing the role of a militant.

Naam Tamilar Katchi (NTK) chief Seeman took to Twitter to share a statement in which he has called for a ban on web series, ‘The Family Man Season 2’. The director-politician revealed that the show portrays Sri Lankan Tamils in a bad light. In a strongly-worded letter, Seeman said that The Family Man season 2 should be banned like – Inam and Madras Cafe.

“The visuals featured in the trailer of the web series The Family Man 2, which is set for release on Amazon Prime, are shocking. The series seeks to intentionally portray the LTTE as terrorists and Tamils as vicious people,” NTK chief Seeman alleged. On May 21, filmmaker and NTK party leader Seeman issued a statement condemning the makers of The Family Man season 2.

He further added that it was absolutely unacceptable to release this web series as it fails to feature the humanitarianism of the LTTE (Liberation Tigers of Tamil Eelam) – that stood with high morality even when the Sinhala chauvinist regime violated the conventions and rules of war through barbarian attacks, use of cluster bombs, chemical weapons and massacring and mutilating large numbers of Tamils, Thamizhs.

In his staunch demand to ban The Family Man Season 2, Seeman also warned that there will be dire consequences if the web series is released.

Following the footsteps of Seeman, Rajya Sabha MP and MDMK leader Vaiko has also joined the crusade. He wrote a letter to the Union Minister of Information and Broadcasting, Prakash Javadekar to ban the web series.

Vaiko in his letter has said the trailer of ‘The Family Man Season 2’ that was recently released on social media depicts Tamilians as terrorists and ISI agents having links with Pakistan. He has also alleged the sacrifices made by Tamil Eelam warriors were also wrongly shown as a terrorist act.

An excerpt of his letter read, “These descriptions have hurt the sentiments of Tamil people and Tamil culture and offensive against the Tamil community. The people of Tamil Nadu are raising serious objections over such act and are protesting against the Serial.”

Here is the letter sent by MDMK leader Vaiko to the I&B Minister Prakash Javadekar.

The trailer of Raj and DK’s The Family Man Season 2 dropped online on May 19. Soon after the trailer, #FamilyMan2AgainstTamils started trending on Twitter with several netizens condemning the makers for the portrayal of Sri Lankan Tamils.

Here are some of the reactions from the Twitterati’s.

Watch the trailer of The Family Man Season 2 here:

The visuals of the trailer suggest that Chennai is under terrorist attack. Samantha can be seen in the role of Raji. She can be seen donning the LTTE uniform. Many pointed out that the makers are ‘politically incorrect’.

The web series marks Samantha’s foray into digital space. The show will stream on Amazon Prime Video on June 4.