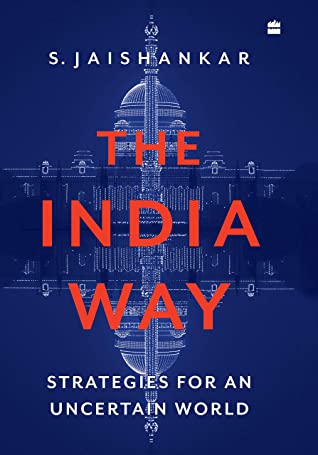 About the author: Subramanian Jaishankar is currently appointed as the Minister of External Affairs. He was a former Indian diplomat who has served as the Foreign Secretary. Prior to this, he had served as a #Indian ambassador in the #US, #China, and the Czech Republic. In addition to holding this eminent portfolio, he has also played a very crucial role in negotiating the Indo-US civilian nuclear agreement.

In a recent interview with the Observer Research Foundation, he has mentioned one of the primary reasons as to why he wrote the book was that being a practitioner in the field for long he thought it was important to put forward a narrative which in turn will not help to have dispassionate debates on foreign policy but also might help people to gain both a practical and theoretical knowledge of the field.

Along with the several pertinent issues that have been discussed throughout the book which includes the repositioning of the USA, the rise of China as a  #global power, #Brexit, where Japan is headed and the possible emerging trends in and around the Indian Ocean area, the basic argument that he has consistently mentioned throughout his entire book is that people all across the world need to realize that the assumptions on which the world affairs were being run are no longer valid because the nature of power has changed.

During the era of the Cold war, power was understood in terms of military connotations. Later on, it shifted to soft power and economic issues. Today it has several connotations which are inclusive of trade, connectivity, technological advancements, investments, etc.

Although it might seem at times that #international politics or relations are about the other nations, what we seemingly fail to understand is the consequences it has on a country’s internal politics and dynamics. If we look at history we will find that India has often not been cognizant of international politics and its implications at home. So as India rises in the world order it not only has to make choices through acute observation but also expresses them on a global stage with greater clarity.

Another significant point that he has mentioned is that we are living in a multi-polar world- a more practical and pragmatic world but not without certain margins, hedging, issues. In this multipolar world working through agreements/alliances are a thing of the past, the present is a world of convergences. Even countries which are close won’t agree on everything and even with countries, one is not close can agree to work together. In this age of multi-polarity, unlike independent players, it is going to be understandably difficult for those countries that have long functioned in an alliance construct to accept that the compulsions of inter-dependence are a good enough substitute.

In this curious world of #multi-polarity, it is important for India to be decisive. There will be challenges/risks involved as we move forward but it is not enough to just debate or deliberate them but also to execute them. So what is necessary is to be objective and create a balance by working closely on converging interests with each other. As an ardent follower of the principle of peace, he has mentioned that war should be the last resort for us in this era. So the India Way of foreign policy should be “many friends, few foes, great goodwill, more influence”.