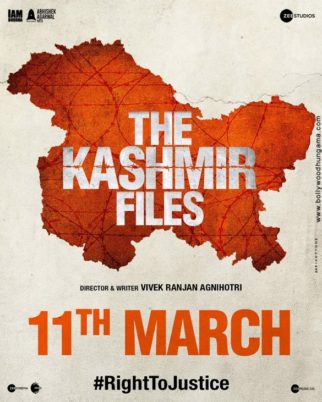 The Kashmir Files directed by Vivek Agnihotri had their theatrical release on the 11th of March and has been trending on social media. The film starring Mithun Chakraborty, Anupam Kher, Darshan Kumaar, Pallavi Joshi, and Chinmay Mandlekar
talks about the exodus of Kashmiri Pandits in the 90s. It has been in the limelight since the announcement of the film and the controversies surrounding it.

Based on video interviews of first generation victims of the exodus. The movie describes the migration of the Kashmiri Pandit community who had to relocate from the region between February-March 1990. Some of the reactions range from how the tragedy has been portrayed, with netizens particularly raving the performance of Anupam Kher. There have been demands from a certain section of users to also declare the film tax-free across the country and calls for more so such stories to be said. A few have criticised on how the film is  a propaganda material that furthers the Islamophobia present in India and does not give justice to the sufferings of the community.

It is said, we have but one great idea, great book, great film, great role, inside of us; only one.

Don’t know if @AnupamPKher would take this as a compliment or a slight, but in #TheKashmirFiles he has exhausted this boon. Would be impossible for him to better it. Pure genius. pic.twitter.com/QPQZyI1iLI

FC Review: The filmmaking in #TheKashmirFiles is exploitative. None of it stems from a genuine space of understanding or curiosity, writes @reelreptile. https://t.co/cM3hu0oPPa

A few days ago, Agnihotri claimed that they were not invited to promote their film on ‘The Kapil Sharma Show’. The tweets led to calls for the boycott of the show and have led to the comedian being trolled. However, the actor-comedian did respond when another fan expressed his disappointment on the lack of invite. He said, “Just a suggestion as a experienced social media user:- never believe in one sided story in today’s social media world dhanyawaad”.

Two days ahead of the release, the movie also managed to bag the No 1 spot in the list of IMDB’s most anticipated new Indian movies and shows by scoring 37.3 per cent views. The Bombay High Court had dismissed the plea against the release of the film as wel. The Kashmir Files