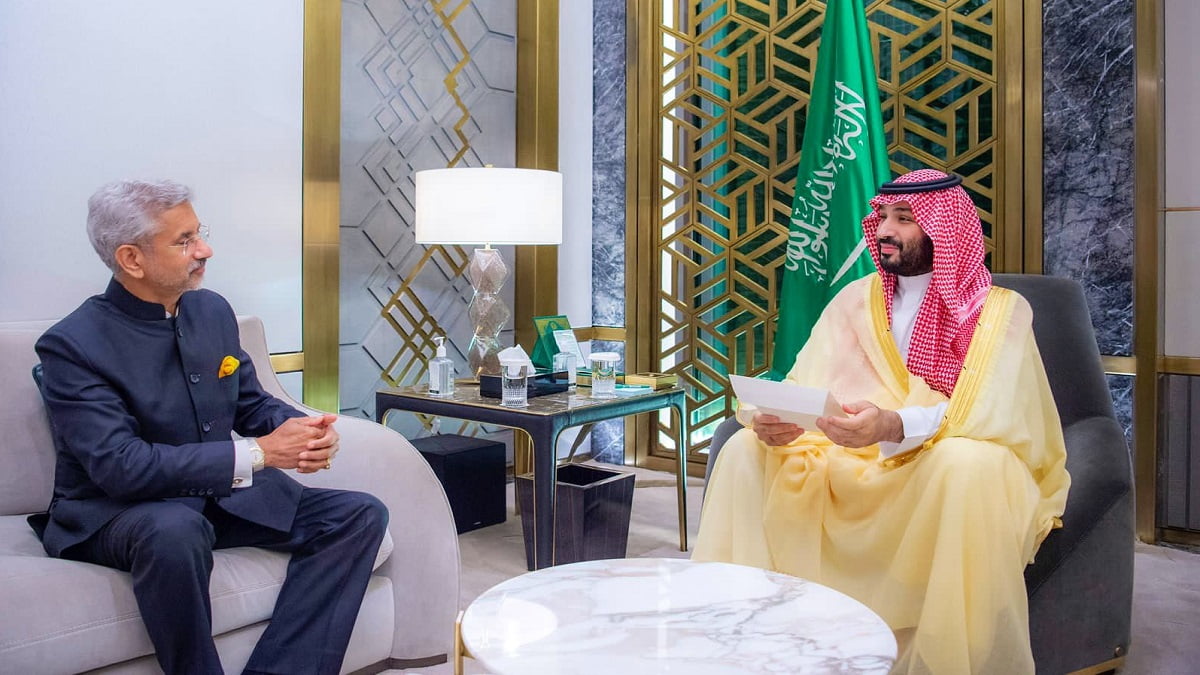 “Honoured to call on HRH Crown Prince Mohammed bin Salman in Jeddah this evening,” Jaishankar wrote in a tweet. “Conveyed the warm greetings of PM @narendramodi. Apprised him of the progress in our bilateral relations. Thank him for sharing his vision of our ties,” he added.

According to a foreign ministry statement, India’s ties with Saudi Arabia “have strengthened considerably over the past few years including in political, security, energy, trade, investment, health, food security, cultural and defence fields.”

The statement said, “The top leadership of both countries remained in close touch even during the Covid pandemic.”

During his weekend visit, the foreign minister met with his Saudi equivalent, Faisal bin Farhan, and discussed “political and economic concerns.” During their meeting, the two presidents agreed to “work closely together in G20 and multilateral organisations,” according to the union minister.

In this article:#India, #Jaishankar, #SaudiArabia