Recently ED raids have become the order of the day.

Many of these ED raids have uncovered a lot that needs to be scrutinised.

There have been various riads in the nation that the opposition is calling “targeted raids to silence/defame BJP’s Political opponents.

BJP maintains that these raids are only happening to unearth major scams.

In the latest ED raid, it alleges that it has uncovered a massive scam in Bengal and has quested various senior leaders of the TMC- A teacher recruitment Scam.

What have the ED raids found?

The Enforcement Directorate on Friday said it has seized Rs 20 crore in cash after raiding the premises of a “close associate” of West Bengal Minister Partha Chatterjee in connection with the alleged teacher recruitment scam in the state. 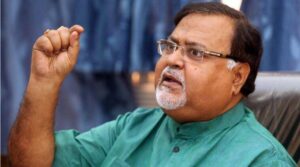 The probe agency launched coordinated searches at the premises of Chatterjee, the state industries and commerce minister, his aide Arpita Mukherjee, Minister of State for Education Paresh C Adhikary, MLA and ex-president of West Bengal Board of Primary Education Manik Bhattacharya and several other persons.

In a statement, the ED has said “During the searches, the ED recovered cash amounting to approximately Rs 20 crore from the residential premises of Arpita Mukherjee, who is a close associate of Partha Chatterjee.

“The said amount is suspected to be proceeds of crime of the said SSC (School Service Commission) scam.”

They also have attained 20 phones, the purpose and use of which are being ascertained.

Many others including P K Bandopadhyay, OSD to Partha Chatterjee when he was the state education minister earlier, his then personal secretary Sukanta Acharjee, and Chandan Mondal alias Ranjan were raided.

The allegation is that they used to take money on the promise of giving school teachers jobs.

The ED has also revealed that “Several incriminating documents, records, details of dubious companies, electronic devices, foreign currency and gold have been recovered from the premises of persons linked to the scam.”

These raids and the ED’s case stem from an FIR by the CBI, which was first directed by the Calcutta High Court to investigate the alleged scam in the recruitment of Group ‘C’ and ‘D’ staff, assistant teachers of classes 11 and 12 and primary teachers.

Chatterjee has been questioned by the ED and he has been taken into custody, the ED says that he has been non-compliant.

Chatterjee held the education portfolio when the alleged scam was reportedly pulled off.

Before this, he was questioned by CBI on April 26 and then on May 18.

The current minister of state for education Paresh Chandra Adhikary has also been grilled by CBI previously. 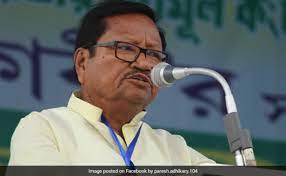 Political reactions after this ED raid.

Paresh Chandra Adhikary alleged that he was not informed about the raid and couldn’t contact his family members.

He goes on to say “They did not intimate us about the visit to our house today. I am in Kolkata in connection with the Trinamool Congress’ July 21 Martyrs’ Day rally. Had I been around, I would have treated them to muri (puffed rice).”

The TMC described the concerted raids by the ED as a “ploy” by the BJP government at the Centre to “harass” its political opponents.

In an official statement, the party says “This raid by ED, a day after the spectacular Martyrs’ Day rally that created ripples all over the country, is nothing but an attempt to harass and intimidate leaders of the TMC”

“The CBI has already interrogated them (ministers) as part of a court directive and they are cooperating. Now, the ED is being invoked only to discredit them. The money-laundering issue is being invented by the BJP,” West Bengal Transport Minister Firhad Hakim said. 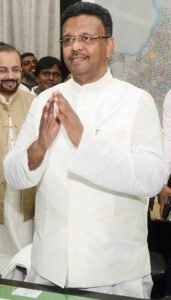 However, BJP alleges that this raid has bought out “large-scale anomalies” in the recruitment process of teachers at the primary, upper primary and secondary levels since coming to power.

Dilip Ghosh the party’s national vice president in a statement said “TMC leaders and people close to them duped lakhs of qualified youths and handed over their jobs to ineligible ones. The CBI and ED are progressing on the right path. More skeletons will tumble out of the cupboard. The BJP has no role to play in the issue.” 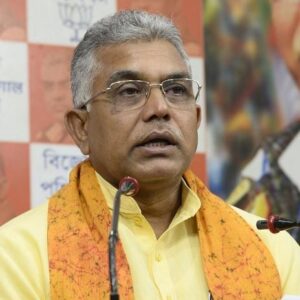 Credits:- DNA, The Indian Express and The Quint.

In this article:#ParthaChatterjee, #Westbengal, ED