The Metro 3 car shed project was one of the most controversial infrastructure projects which were stalled by Uddhav Thackeray. However, soon after taking oath as the Deputy CM on Thursday along with CM Eknath Shinde, Devendra Fadnavis reversed all the decisions taken by former CM Uddhav Thackeray regarding the metro car shed project and Jalyukt Shivar Abhiyan. He ordered the Metro 3 car shed be built in Aarey Colony and restarted the Jalyukt Shivar Abhiyan, the flagship water conservation scheme. 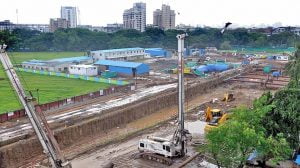 When Uddhav Thackeray became the CM in 2019, he stayed the construction of the Colaba-Bandra-Seepz Metro 3 corridor and had appointed a committee to look into alternative areas. Moreover, the government declared the Aarey colony a reserve forest. 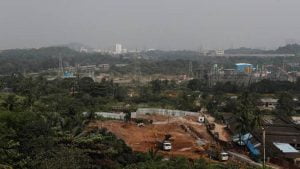 Uddhav Thackeray-led government had decided to shift the Metro 3 car shed was shifted from Aarey Colony to Kanjurmarg after widespread protests from activists and citizens. Protests took place against the construction in Aarey Colony as it is one of the few remaining green spots in Mumbai.

Uddhav Thackeray had also stalled the Jalyukt Shivar Abhiyan and launched an investigation into the scheme as there were allegations of irregularities. Jalyukt Shivar Abhiyan was Devendra Fadnavis’ multi-crore drought-proofing scheme and pet project which was criticised by the Comptroller and Auditor General of India (CAG) in its report which was tabled in the state legislature in September 2020.

According to the Hindustan Times, a source had stated that Fadnavis asked the administration to direct the state advocate general that the shed should be built in Aarey Colony.