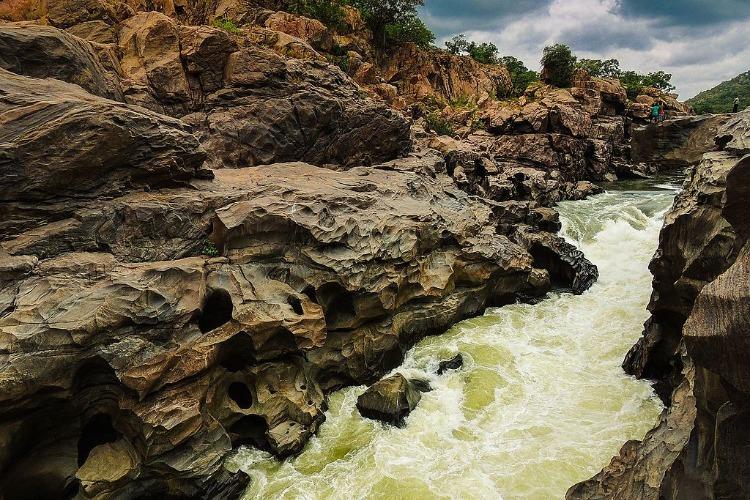 The Mekedatu dispute between Karnataka and Tamilnadu has once again created a  rift between the two neighbouring states in southern India. The Mekedatu is one of the issues surrounding the Cauvery water dispute which dates back to 1892. With the Tamil Nadu government opposing the construction of the dam, the Karnataka government is bent upon getting done with the project.

The Mekedatu is in the news as the Karnataka government is opposing the National Green Tribunal’s decision on appointing a joint committee that is supposed to look into allegations of illegal constructions taking place in the region. Tamil Nadu now along with Puducherry is opposing the construction of the dam across river Cauvery.

The 9,000 crore project’s objective is to supply electricity and water to Bengaluru city. Approved by the state government in 2017 the project is yet to get a clearance from the Ministry of Environment, Forest and Climate change. The state of Tamil Nadu approached the Supreme Court against the construction of the project alleging that it would affect the flow of water to Tamil Nadu. Tamil Nadu once again restated its opposition against Cauvery Water Management Authority’s meeting in 2020.

● August 2013 – Karnataka Law Minister TB Jayachandra announces the Mekedatu project which was of a total cost of Rs.5,912 crore

● September 2013 – Tamil Nadu Chief Minister Jayalalitha raises an objection against the project and writes to then Prime Minister Man Mohan Singh. She cautions that it might cause trouble to Irrigation and agriculture.

● March 2015 – Farmers, activists and politicians start agitations which results in a total bandh in the delta regions of Tamil Nadu.

● June 2016 – Jayalalitha writes a memorandum to prime minister Modi in which she requests the prime minister to advise the Karnataka government not to go ahead with the project.

● February 2017 – The SIddaramaiah government in Karnataka gives a green signal for the construction of a dam under the project.

● October 2017 – The Karnataka government submitted a pre-feasibility report to the Central Water Commission, which was returned by the body citing shortcomings.

● February 2018 – the Supreme court decided to set up a scheme to oversee the disputes between the two states. The court also held the previous Cauvery decisions that stated no new dams to be built without the assent of Tamil Nadu.

● June 2018 – Cauvery Management Authority set up by the Central government as per the apex court verdict.

The recent turn of events

In a recent turn of events, an all-party meeting was held in Chennai and unanimously passed a decision to approach and request the Centre not to give a nod to the project. The all-party meeting further passed three resolutions.

“Karnataka does not give our due share of water normally. Our question is how will the water come when a dam is built. Karnataka supplies only the surplus water during floods as it could not store it. The state does not provide the quantum as per the tribunal award and the Supreme Court order.” Said Stalin in the meeting.

“Karnataka’s claims that the dam is to meet the drinking water needs of Bengaluru city and for hydel power generation are not true. This is to deceive us,” he further adds.

Meanwhile, Karnataka Law Minister Basavaraj Bommai said, “There’s no question of stopping it. Since it’s a drinking water project and excess water is being utilized, Karnataka has every right to take it up. ”

Condemning the opposition of the Tamil Nadu government against the Mekedatu project he added that we need not worry about the opposition of Tamil Nadu. He further added that the TN government will add hurdles even if it waits for 100 more years. Assuring that the Congress government will provide full support he urged the BJP to go ahead with the project and to make use of the advantage of having their party in power at the Centre.

An all-party delegation will meet the Minister of Jal Shakti Gajendra Singh Shekhawat on Friday to discuss the matter in New Delhi. The delegation will also seek permission to meet Prime Minister Narendra Modi.