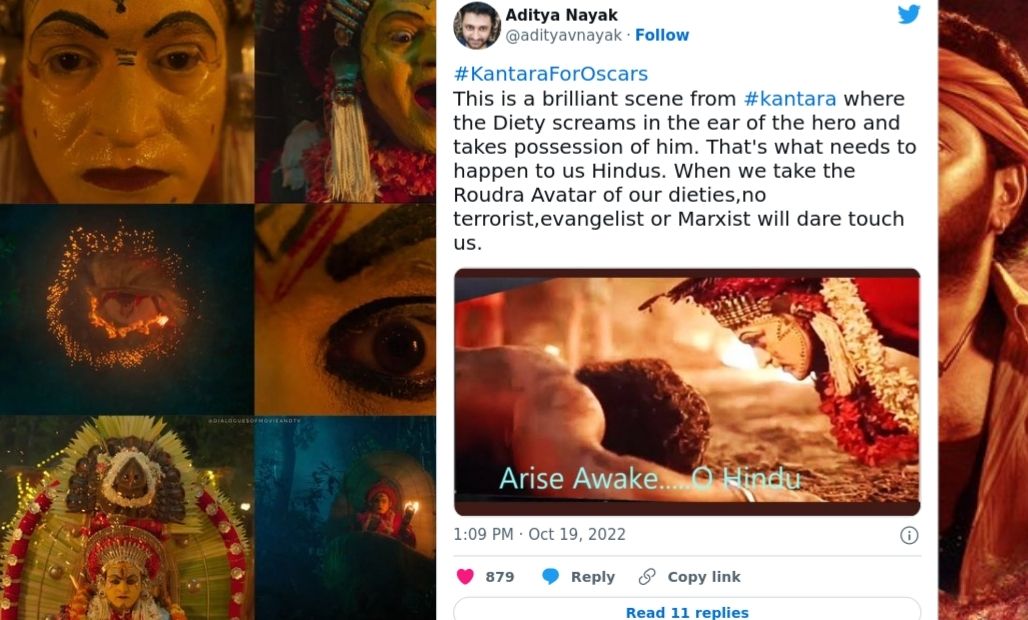 Kantara is no doubt the best of this year. Directed and orchestrated by Rishab Shetty, it has gone on to break many records being one of the highest-rated films and having one of the biggest collections in the Kannada film fraternity. With these achievements in its ambit and a pan-India viewership, the netizens are trending #KantaraForOscars as they want the film to be world-famous but not just for one reason that it is a good film.

#KantaraForOscars
This is a brilliant scene from #kantara where the Diety screams in the ear of the hero and takes possession of him. That's what needs to happen to us Hindus. When we take the Roudra Avatar of our dieties,no terrorist,evangelist or Marxist will dare touch us. pic.twitter.com/dr1NWI089V

Yes, it has all elements of good cinema!
But what makes #Kantara truly stand out is the honesty, devotion & respect with which the team has executed it!
The divine force has truly blessed them
Take a bow, the team of #KantaraTheLegend! #KantaraForOscars@shetty_rishab pic.twitter.com/SXDuzCVAlM

#Kantara have really triggered the Subconscious Hindu roots inside everyone!
Fence sitter Hindus are suddenly feeling proud of their roots, because
Ancestral worship exists throughout the length & breadth of India

Yup, it’s not just for the beauty of the film but also due to the fact that it represents Hindu culture well which it truly does.
Daiva Aradhane is an essential practice of the Hindu community in and around Karnataka that has worked out in the favor of the film. There is no doubt that every other aspect of the film is just spot on.

Does it deserve to be in the oscar race?
#KantaraForOscars

Here’s The Love Story Of The Charming Couple, Sanjay and Maheep Kapoor

In this article:#KantaraForOscars, Kantara, rishab shetty