In a shocking incident that has come to light, a girl in Kerala has alleged that she was forced to remove her bra before writing the exam as the metal hook on it beeped during a security check. The incident surfaced after the girl’s father filed an FIR. 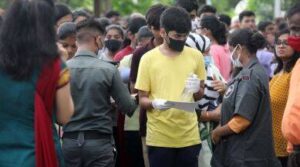 Image For Representation Only
Image Source: The Indian Express

The girl gave the National Eligibility Entrance Test (NEET) in the Kollam district. The female security personnel allegedly told the student that she needed to remove her bra due to the ‘metallic hook.’ When the girl objected, she was told she would be unable to take the exam.

According to the complaint filed by the parents, the security guard told the student, “Is your future or innerwear big for you? Just remove it and don’t waste our time.” This is one of the several incidents where sexist rules have been imposed on female students. A Letter Written By The Parent
Image Source: NDTV

The incident took place at the Marthoma Institution of Information Technology. However, the management has denied any responsibility. The Kollam police chief, KB Ravi has confirmed that the girl’s parents have filed an FIR. Moreover, he said that the girl’s parents have alleged that several other girls had to go through a similar traumatic experience. Moreover, they alleged that the female students’ underwear was lying discarded in a storeroom. 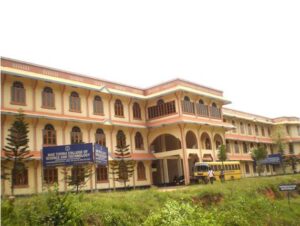 While speaking with reporters, the student’s father said, “After a security check, my daughter was told that the hook of the innerwear was detected by the metal detector, so she was asked to remove it. Almost 90% of female students had to remove their inners and keep them in a storeroom. The candidates were mentally disturbed while writing the exam.”

NEET is extremely strict when it comes to security checks. Students cannot carry stationary wear jewellery, belts, or caps among others. Moreover, they have to follow a strict dress code.

In this article:girls, neet 2022, trauma