Desi’s To The Rescue 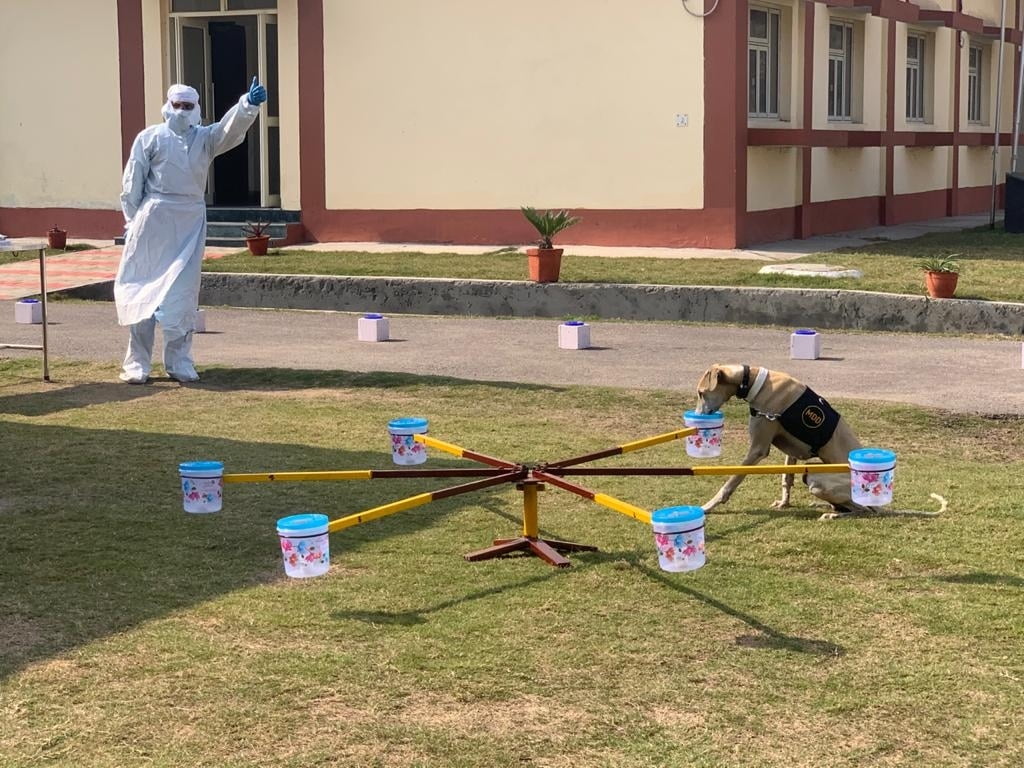 In a recent Mann Ki Baat by PM Modi, the value of Indian native dog breeds has recognized and appreciated. Since then, the army has harnessed the potential these canines hold and have trained them to detect COVID-19. Presently, the army has trained two of its dogs a Chippiparai and a Cocker Spaniel to detect Covid-19 on the basis of urine and sweat samples of individuals.

Dogs to the rescue

Jaya, Casper and Mani are three super dogs trained by the Indian Army to sniff COVID-19 cases, the process that would be much faster than the regular tests. While Casper is a two year old cocker spaniel, Jasper and Mani are Indian native breeds. They belong to the indigenous Chippiparai breed, that originally hails from Tamil Nadu. The Chippiparai breed dog is a streamlined, lithe and graceful dog that is often compared to a Greyhound firstly because of its appearance and secondly because of equal agility and smartness. The Chippiparai epitomises the strong yet silent hound dog.

These dogs function in a very simple and effective way. First, the samples are collected and stored in small containers. Unlike the typical swab samples, urine and sweat samples are collected. The dogs then go sniffing these boxes, displaying their extraordinary sense of sniffing. A dog can screen approximately 100 samples in an hour with a rest period of five minutes after every 15 minutes. If the sample is detected to be COVID 19 positive, the dogs simply sit beside it. To date, Casper and Jaya have tested 3,800 samples out of which 22 have tested positive.

“Scientifically, it is evident that affected body tissues release unique volatile metabolic biomarkers which are used as disease signatures for detection of disease by the medical detection dogs,” said the Army in a statement.

Presently, eight more dogs are undergoing training in the Army. “Eight more dogs are being trained and soon will have 10 doing the job. It usually takes 36 weeks for them to be fully trained but we did it in 16 weeks keeping in mind the requirements,” said Lt Col Surinder Saini, a veterinary officer of the Indian Army. On completion of the training, these trained dogs will then be deployed at transients camps to screen troops.

How were the canines trained?

All the three canines, including Mani who is still undergoing training, were trained for 12 to 16 weeks by the Indian Army. The Army also stated that these trials were conducted in controlled conditions. The positive and suspected samples that were used for the training were sourced from Military Hospital in Meerut Cantonment and the Netaji Subhash Chandra Bose Subharti Medical College, Meerut.

The force also noted that it had made a “concerted” effort to train an indigenous breed, the Chippiparai, under Prime Minister’s Atmanirbhar Bharat initiative. Other than that, cocker spaniels and labradors are also being trained. The Chippiparais sniffed urine samples while the cocker spaniels were trained to sniff seat samples. The distinction didn’t hold any particular reasons. The success rate of these tests is 95% by both dogs.

Countries like Russia, France, Germany, and Lebanon have already started training dogs for Covid-19 detection. Dubai was the first country to deploy dogs to detect covid-19 cases at Dubai airport. In India, dogs were mainly used for detecting narcotics and explosives, this is the first time that dogs have been deployed to detect covid 19 cases. The Army however states that using dogs for detection of covid cases is restricted to the military only at the moment.

Top 10 Andolan Jivis of all time