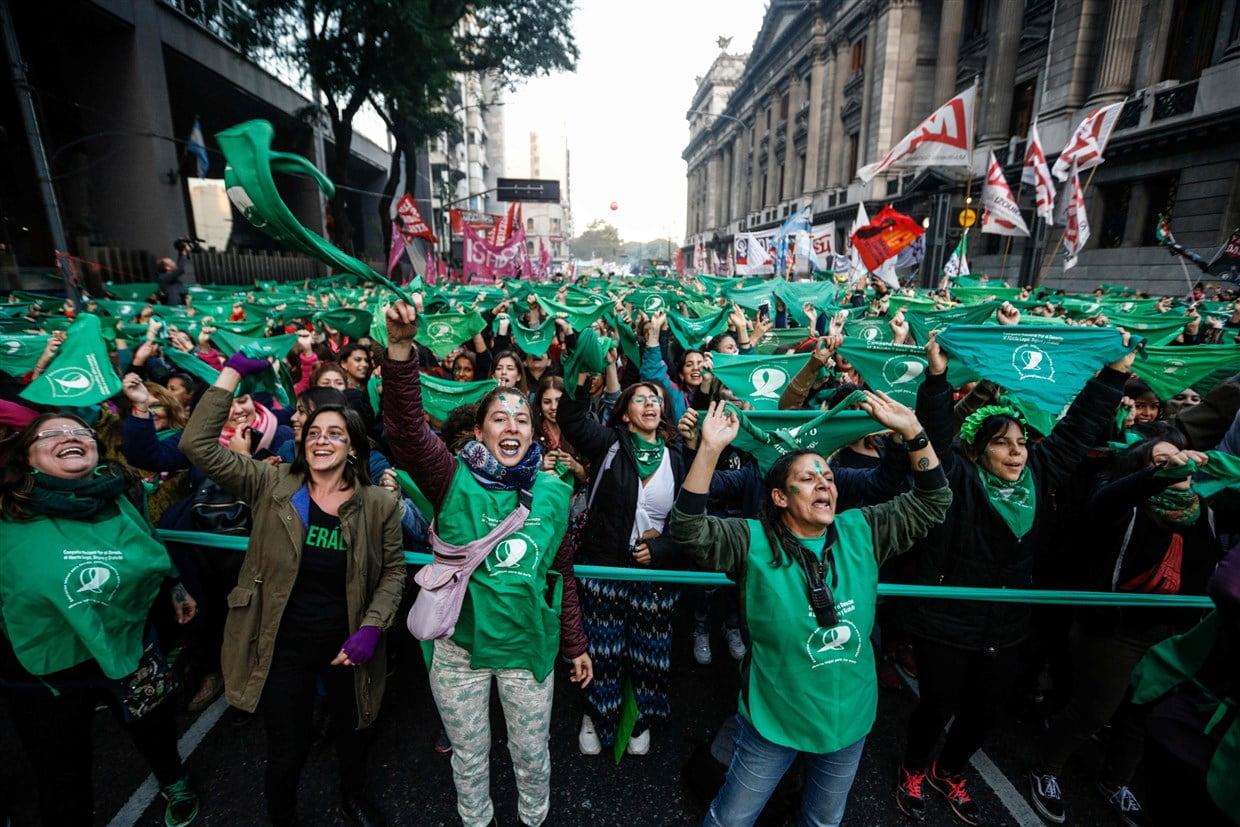 The year 2020 ended on a high note for Argentina, as the country legalized abortion up to the 14th week of pregnancy. This is a groundbreaking decision by Argentina’s Congress, as the country was known as one with the most restrictive abortion laws. Supporters took to the street and celebrated this historic moment, while critics began protests of their own.

Before the passing of this bill, abortions were legal only in cases of rape, and when the mother’s life was at risk. Activists have been protesting the repressive abortion laws of the country since they came into being in 1921. Abortions came close to being legalized in 2018, but the decision was overturned. If a woman wanted to get an abortion, she was forced to turn to illegal clinics and undergo risky procedures that often led to health concerns. According to Human Rights Watch, unsafe abortions were the leading cause of maternal mortality in the country. For several decades, even the sales of contraceptives were prohibited; following the teachings of the Catholic Church.

The Passing of the Bill

The process involved a marathon session, where 38 senators voted in favor of the bill, 29 were against it and one remained absent. The bill was one of President Alberto Fernández’s campaign promises; he said, “I’m Catholic but I have to legislate for everyone.” After the passage of the bill, he tweeted: “Safe, legal and free abortion is law, as I promised in my election campaign. Today we are a better society that expands rights to women and guarantees public health.”

Green Handkerchiefs and the Pro-Abortion Movement

When abortions became legal in Argentina, pictures flooded the internet. Apart from women in tears and smiles on their faces, green handkerchiefs were a prominent symbol. Let’s understand their significance to the movement.

In Argentina, inspired by the Grandmothers of the Plaza de Mayo, handkerchiefs became a symbol of women’s rights, resistance and equality. They wore white handkerchiefs to draw attention to kidnappings and killings of loved ones during the dictatorship.

The passing of this bill calls for greater autonomy for women over their own bodies and control of their reproductive rights. It also provides better healthcare for pregnant women and young mothers.

At present, abortions are illegal in Nicaragua, El Salvador and the Dominican Republic. In Uruguay, Cuba, Guyana, and in some parts of Mexico, women can request for an abortion, but only under certain circumstances. The countries also have varying degrees of punishment meted out to girls and women who opt for abortions, including jail time. Although the passing of the bill in Argentina is an integral step for the feminist movement, the fight for equality is far from over. Activists are hopeful that the passage of this law will pave the way for other countries as well.

Mystery of the Missing Founder of Alibaba: Jack Ma