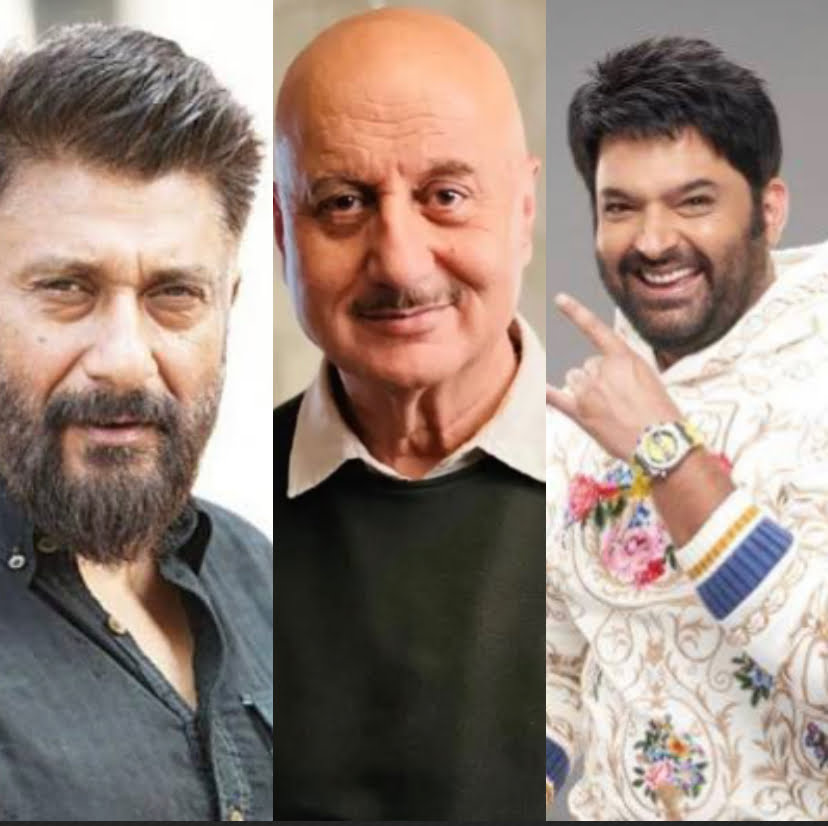 Actor Anupam Kher who has been receiving rave reviews for his performance in The Kashmir Files cleared the air on the ongoing controversy over the cast of the film not being invited on The Kapil Sharma Show.In an interview with Times Now, Kher who was accompanied by Vivek Agnihotri and Pallavi Joshi revealed he was invited.  He clarified that he was called on the comedian show but he chose to not go since the film is based on a serious issue. Kapil shared a tweet thanking the veteran actor for the clarification.

He said, “To be very honest I must say it here I was called to be on the show. Maine Harman, jo mere manager hai, usko kaha tha ki ‘Ye film bari serious hai, main isme nahi jasakta hun (I had told Harman, my manager, ‘This film is very serious, I can’t go on the show)’. So I want to put my point over here. It happened around two months ago that I was told ‘Aap aajayye (Please come)’. I have been on the show a few times and it’s a funny show. It’s very difficult to do a funny show and he does it very well. I don’t think Kapil has any malice towards us or towards the film.”

Kapil Sharma then shared the interview clip on his Twitter account and wrote, “Thank you paji @AnupamPKher for clarifying all the false allegations against me. Aur un sab dosto ka bhi shukriya jinhone bina sach jaane mujhe itni mohabbat di. Khush rahiye, muskurate rahiye (And thanks to all those people who gave me so much love without knowing the truth. Be happy, keep smiling). #thekapilsharmashow #Isupportmyself.”

The controversy started when Agnihotri in a tweet claimed not being invited to the show for not having a big star and therefore could not promote the film. After the tweet, a section of netizens called for the boycott of Kapil Sharma and his show. He was subsequently trolled for not being sensitive towards the issue and also accused him of gatekeeping for the film industry.

I don’t get to decide who should be invited on @KapilSharmaK9 show. It’s his and his producers choice whom he wants to invite. As far as Bollywood is concerned, I’d say what once Mr. Bachchan was quoted saying about Gandhis: वो राजा हैं हम रंक… https://t.co/la8y9FhB6l

A fan had asked why he was afraid of promoting The Kashmir Files on his show. Kapil responded to him, “Yeh sach nahi hai rathore sahab aapne pujha isliye bata dia, baki jinhone sach maan hi liya unko explanation dene ka kya fayda (This is not true, I have replied because you asked me about it, but those who have already accepted it to be true, there is no use in giving them an explanation). Just a suggestion as an experienced social media user:- never believe in one-sided story in today’s social media world. dhanyawaad.”

The Kashmir Files stars Anupam Kher, Mithun Chakraborty, Darshan Kumar, Prakash Belawadi and Pallavi Joshi. The film which revolves around the exodus of Kashmiri Pandits in 1990 released in cinemas on March 11 and has minted 27 crores in its opening weekend.