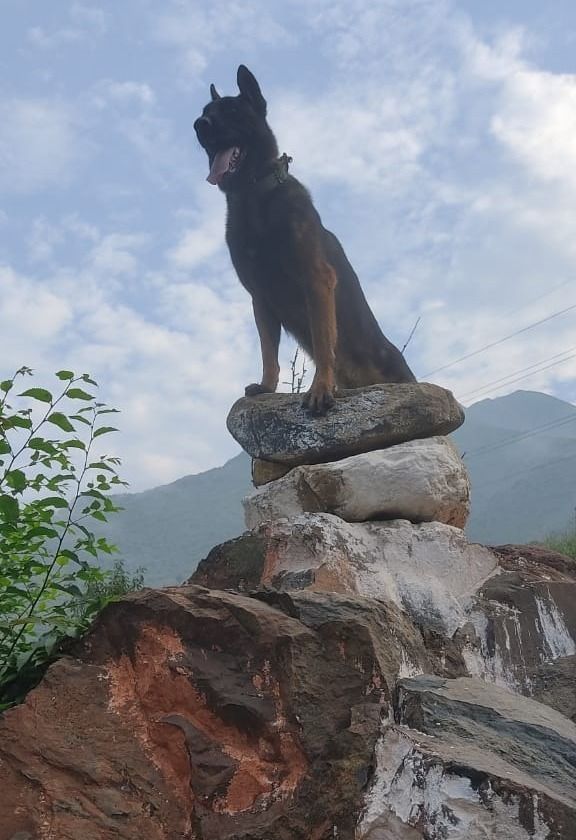 Zoom, an Army assault dog was on Monday critically injured during an encounter between security forces and terrorists in Anantnag district of Jammu and Kashmir, officials said. But despite his injuries, the dog continued to fight the terrorists. Security forces launched a cordon and search operation in the Tangpawa area of the south Kashmir district late on Sunday night after receiving specific input about the presence of terrorists there. It has been part of many active operations in south Kashmir, they said. Zoom, as usual, was tasked to clear the house where terrorists were hiding, they added. However, during the operation, the canine received two gunshots and was critically injured, the officials said. “Zoom identified and attacked the terrorists during which the canine received two gunshots,” they added. Zoom was rushed to the Army’s Vet Hospital here where the canine is currently under treatment, the officials said.

In July this year, ‘Axel’, another Army assault canine dog lost his life in a counter-terrorist operation in the Kashmir valley and was posthumously awarded ‘Mention-in Despatches’ for Gallantry in Operation ‘Rakshak’ on Independence Day.

Two Lashkar-e-Taiba terrorists were killed in the encounter, while as many soldiers were also injured.

After undergoing surgery for the massive injuries, the brave army dog passed away on Thursday.