Who is Peng Shuai? What We Know So Far 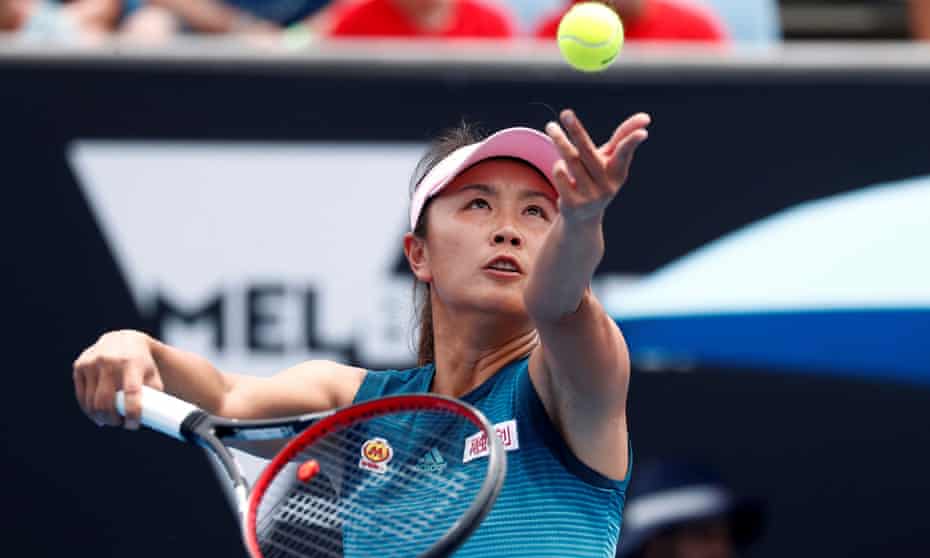 After accusing a prominent Chinese leader of sexual assault, Peng Shuai, a Chinese tennis star, vanished from public view for weeks this month. Having just made a reappearance by a video call between Peng and International Olympic Committee (IOC) president Thomas Bach, here’s why the global outpour of concern regarding her safety won’t stop.

Peng Shuai, 35, is a three-time Olympian whose tennis career spans more than two decades. After winning the Wimbledon doubles title with Hsieh Su-Wei of Taiwan the year before, Peng climbed to world No. 1 in doubles in February 2014, becoming the first Chinese player, male or female, to accomplish it in either singles or doubles. She and Hsieh also won the French Open doubles championship in 2014.

However, in 2018, she was banned from professional tennis for six months, with a three-month suspension, when it was discovered that she attempted to alter her Wimbledon doubles partner after the sign-in deadline by means of “coercion” and financial incentives. Since early 2020, she hasn’t competed professionally.

On the evening of November 2nd, Peng wrote a long letter on the Chinese social media site Weibo, which took the world by storm. Zhang Gaoli, 75, a former vice-premier, was accused in the statement of inviting her to his house three years ago and forcing her into sex. She claimed that following Zhang’s retirement from the government in 2018, he and his wife invited Peng over for a meal, after which he forced her into sexual intercourse. “That afternoon, I didn’t consent at first,” she wrote. “I was crying the entire time”. Following that, she and Zhang had a consensual, albeit troubled, affair, she said.

Peng ultimately agreed to an affair with Zhang, but she was enraged by his insistence on keeping their relationship a secret, according to her statement. It went on to say that he had cancelled a meeting with her earlier in the day to address her issues.

“I know I can’t say it all clearly, and that there’s no use in saying it,” her post said. “But I still want to say it.”

Zhang was a member of China’s top ruling body, the Politburo Standing Committee, from 2012 to 2017. Peng’s account was quickly removed from the Chinese internet by censors. Since then, there has been a digital blackout on her accusations.

However, Peng’s allegation, which has yet to be verified, is the first to accuse such a high-ranking Communist Party official, which is why the authorities may have gone to additional lengths to keep the subject quiet, even censoring web searches for the word “tennis” at one time.

The censors could have succeeded if Steve Simon, the president of the Women’s Tennis Association, hadn’t gone out on November 14 to demand that Beijing examine Peng’s allegations and cease attempting to bury her case.

Other sporting organisations have suffered significant costs as a result of confronting China. However, Simon told CNN that the WTA was willing to withdraw its operations from China as a result of the incident.

After her statement, however, Peng disappeared from the public eye for almost 2 weeks. Her disappearance sparked a worldwide outpour of worry and fear for her safety. Fellow tennis stars have spoken out in support of Peng, including Naomi Osaka, Roger Federer, Novak Djokovic, Serena Williams, Rafael Nadal, and Billie Jean King. Gerard Piqué, a Spanish soccer player, used the hashtag #WhereIsPengShuai in a tweet to his 20 million Twitter followers.

Following that, the Biden administration and the UN human rights office joined calls for Beijing to give verification of Peng’s safety.

Then, over this week, the editor of a Communist Party-controlled publication published video recordings showing Peng eating at a restaurant and attending a tennis match in Beijing. Since then, a constant stream of photographs and videos purporting to portray a cheerful Peng going about her daily life in Beijing has appeared on Twitter, all shared by employees of Chinese government-controlled media and the State sport system, on a network that is restricted in China.

The apparent propaganda drive was followed by a video conference between Peng and the International Olympics Committee president Thomas Bach on Sunday, during which the three-time Olympian stated she is “safe and healthy, living at her house in Beijing,” and “would want to have her privacy respected,” according to an IOC statement.

While Peng’s public reappearances may relieve some of the public’s concerns about her immediate safety and well-being, they have failed to alleviate larger concerns about her liberties and mounting requests for a comprehensive inquiry into her sexual assault charges. “It was good to see Peng Shuai in recent videos, but they don’t alleviate or address the WTA’s concern about her well-being and ability to communicate without censorship or coercion,” a spokesperson for the Women’s Tennis Association (WTA) told CNN in a statement, following Peng’s call with the IOC.

“What we have here is essentially a state-controlled narrative: only the government and its affiliated media are generating and distributing the content about Peng’s story,” said Maya Wang, senior China researcher at Human Rights Watch (HRW). “While it is possible that Peng is well, the history of the Chinese government disappearing people and then making videos of them to prove that they are unharmed when it is, in fact, the opposite, should make us worried about Peng’s safety,” she continued.

Peng was seen out to dinner with many persons who state media journalists have identified as “her coach and friends” in footage aired on Saturday. Peng continued nodding to the man chatting next to her without saying anything.

There was no mention of Peng’s sexual assault claims against Zhang in any of the recordings. Instead, they focused on her smiles and apparent good spirits, which state media propagandists eagerly emphasised.

“Can any girl fake such sunny smile under pressure?” tweeted Hu Xijin, the editor-in-chief of the state-run newspaper the Global Times, on Sunday, with a video of a smiling Peng signing enormous tennis balls for children during a junior tennis event in Beijing.

“Those who suspect Peng Shuai is under duress, how dark they must be inside. There must be many, many forced political performances in their countries,” Hu addressed on Twitter.

Peng’s apparent abduction, as well as her charges against Zhang, have gone unmentioned by the Global Times and other Chinese government-controlled media agencies. Hu has also avoided mentioning the reason why Peng is in the limelight on Twitter.

Hu then shared two video snippets that he claimed he “acquired” on Twitter.

“Tomorrow is Nov. 20, isn’t it?” a man asks a lady who looks to be Peng at a restaurant in one of the clips. He is corrected by another woman at the table, who informs him that tomorrow is the 21st. Peng agrees with a nod.

Scepticism about Peng’s safety is particularly high among Chinese activists who have seen firsthand how the government has repressed and pressured their colleagues.

“The reality is, they have huge control over Peng Shuai — to the extent that it’s enough to make her cooperate and become an actor,” Lv Pin, a renowned Chinese feminist currently residing in New York, claimed.

“This has happened in plenty of cases in the past. Many ‘criminals’ who were forced to confess on television had to make their performances look real,” She was alluding to a series of forced confessions shown on state television, including those of Chinese human rights attorneys and Hong Kong bookshop owners.

Peng is the latest in a string of high-profile Chinese celebrities whose internet activities have been extensively controlled. After criticising many CCP policies and activities in a YouTube video in 2020, Hao Haidong, the Chinese men’s national soccer team’s all-time leading scorer, had his social media accounts erased and his name blocked. After starring in the film, his wife, Ye Zhaoying, who earned a bronze medal in badminton at the Sydney Olympics, was also censored. Other well-known Chinese individuals in the entertainment and business sphere have had their online identities vanish without explanation.

In February, Beijing will host the Winter Olympics. There had been several requests to boycott the Games even before Peng’s charge due to China’s human rights record. President Biden announced that his administration is “considering” a diplomatic boycott, in which government officials would boycott the Games but athletes would compete.

Women’s Tennis Association CEO Simon has stated that if she is not completely accounted for, he is ready to lose hundreds of millions of dollars in business in China. “We’re definitely willing to pull our business and deal with all the complications that come with it,” Simon remarked in an interview with CNN on November 18. “Because this is unquestionably greater than the company,” he continued. Tennis is an enormous business in China, with WTA commitments alone totalling roughly $1 billion. The WTA’s Asia-Pacific headquarters are in Beijing, and the WTA has a 10-year arrangement with China to hold the WTA Finals in the southern Chinese province of Shenzhen.

The WTA has been more assertive than other groups that have clashed with Chinese authorities in the past on issues of free speech and human rights. Speaking out has resulted in major public and political repercussions, as well as a loss of access for sports stars and corporations.

The WTA has some influence over China, according to Natasha Kassam, head of public opinion and international policy at the Lowy Institute.

“Most of the other cases where we’ve seen China interfering with sporting organizations, they haven’t had a colleague or a teammate disappear. This is on a different level. So the WTA’s reaction is strong, and it’s helpful, and it’s using the leverage that it has.”

References- CNN “Chinese tennis star Peng Shuai has finally appeared in public. But here’s why the worries aren’t going away”

Indian Express “Explained: Who, and where, is Peng Shuai?”

Bitcoin to get its city