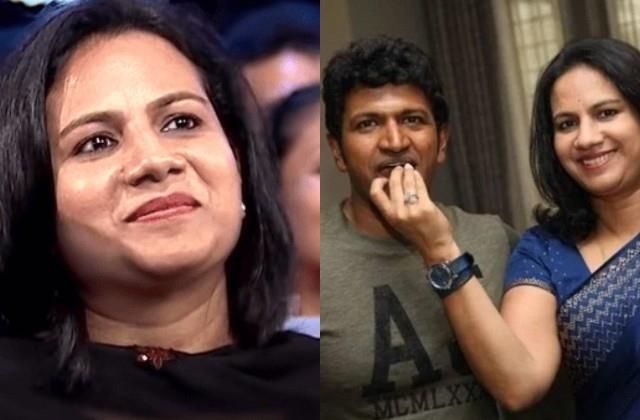 Ashwini Puneeth Rajkumar was married to the late Kannada superstar Puneeth Rajkumar. She is also a well known producer in the Kannada Film Industry. The couple maintained a low public profile, however, it is claimed that the couple met each other via a common friend and courted each other for months, before Rajkumar eventually realized that he wanted to marry Ashwini. 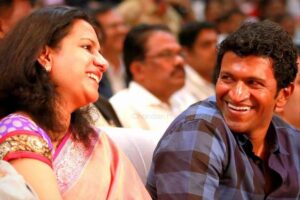 Power Star Puneeth Rajkumar suffered a massive cardiac arrest and breathed his last on October 29 at Vikram Hospital in Bengaluru. Puneeth Rajkumar was legendary Kannada actor Dr Rajkumar and Parvathamma’s youngest son. He commanded a huge fan base across Karnataka. He is survived by his wife Ashwini Revanth and two daughters, Drithi and Vandhitha. Puneeth’s sudden demise came across as a huge shock to his family members, friends and, more importantly, his fans.

Puneeth Rajkumar and Ashwini Revanth got married in a grand wedding ceremony on December 1, 1999. Puneeth and Ashwini met each other through a common friend. They became friends and exchanged meaningful conversations for several months. After being friends for eight months, Puneeth knew that Ashwini was the one for her. He proposed to her and she immediately agreed. Puneeth’s family was happy to welcome Ashwini into their lives. However, Ashwini’s family weren’t really convinced at first. But, Puneeth and Ashwini stood their ground. After six months, Ashwini’s family finally agreed. While she wasn’t interested in films earlier, eventually her fascination grew and she began working as a producer for Rajkumar’s films.  Puneeth Rajkumar too had acknowledged his wife’s role in the success of his films. “She has made us what we are. She built the business and brought us thus far,” he said. According to the late actor, it was his wife’s determination, persistence and courage that have given his films a boost.