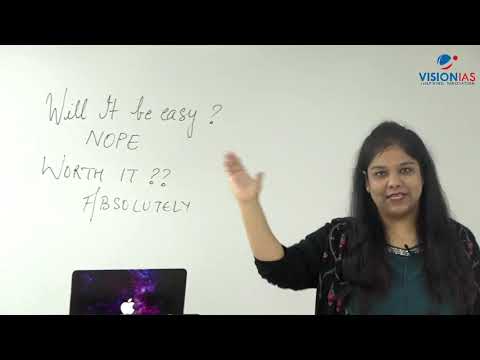 #VISIONIAS and #UPSC were seen trending on Twitter today for all the wrong reasons, and here are all the details you need to know about them. Today, a few UPSC coaching classroom video clips of Ms.Smriti Shah from Vision IAS went viral where she could be seen saying “Islam was talking about liberalism. it was talking about equality. it was free from all kinds of rigidity. and it was talking about universal brotherhood…Bhakti cult was introduced by Hindus to project that Hinduism is as liberal as Islam” while speaking about history.

Many users highly criticized her work and called her “Hinduphoebic”. She was called out by many BJP leaders as well, BJP Leader Kapil Mishra took to his Twitter handle and said, “This is pure hate against Hindus and shamelessly justifying mass killings of Kashmiri Hindus, This is Jihad training in the name of UPSC preparation, This is criminal and need to be punished by law”

What is the name of this rabid Hindu-hating creature?

She belongs in jail for spreading hatred.

In response to these allegations Vision IAS released a statement apologizing, as, it wasn’t their intention to hurt anyone’s sentiments. They also gave context to the now-viral, short segment of a longer video, the statement read “The discussion in point is only focused on one possible reason for the rise of the Bhakti Cult and that too in a particular time period. What the speaker underscores are the dynamic response of followers of Sanatana dharma and its inherent strength which took the form of Bhakti cult meaning “loving faith in God” and “love for fellow human beings” to meet the egalitarian appeal of Islam, that is the appeal of its caste less theology and social order.

Her reference to PM Modi’s presentation of the replica of the first mosque outside the Arabian peninsula that was built in Kerala to the Saudi King further serves to highlight the syncretic character of the Indian civilization and its strength.”

Another video went viral along with the above video where Ms.Sriti Shah was seen teaching and discussing Polyandry and reasons as to why it was practiced in older times, which was shared widely and interpreted with the context of present times, which wasn’t meant to be the actual timeframe of the information.

Here is one more from her. She is saying one woman is BOUGHT and married to 5 sons in Haryana and Punjab. Never in my life I have even heard anything similar. @Vision_IAS is gone mad?

But it was interesting to see that some Twitter users took the context of the video into consideration, and tried to educate others on what was being said in the video clip.

She is discussing polyandry, what's wrong in this? this is reality in some of tribes even this time.. please read khasa, Kota, pilaya tribes. you just took one clip without even noticing context.. #upsc

Try to watch this video again.. She is giving an example that too FICTIONAL (she used FICTIONAL word before speaking), she is trying to explain the concept of polyandry with and example.