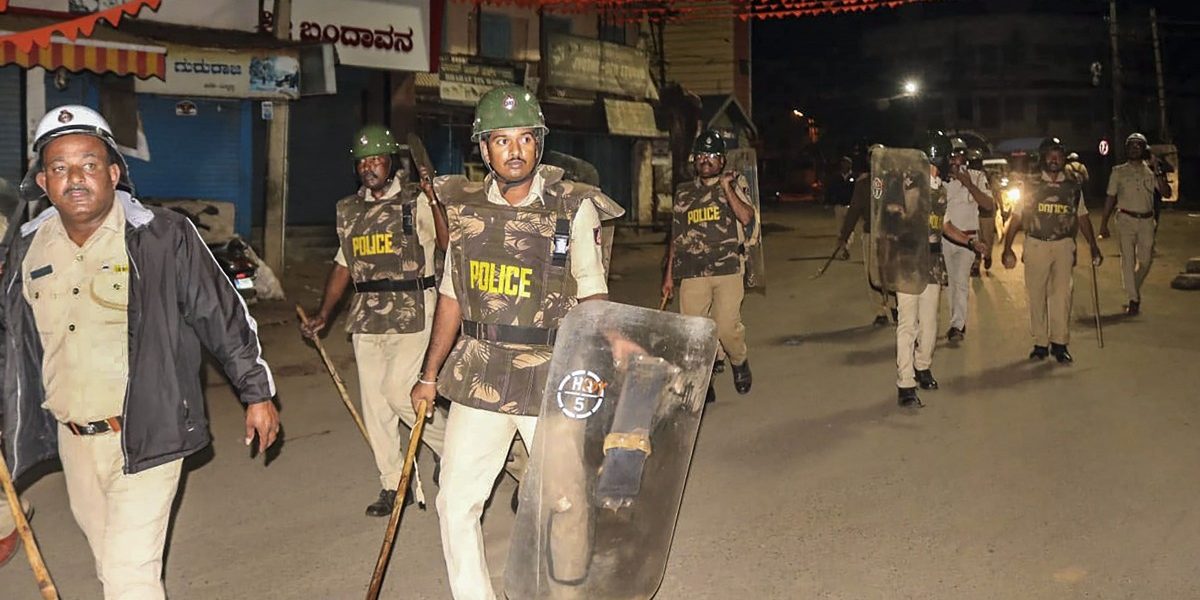 The Cultural Capital of Karnataka, Hubbali, has been under a tense atmosphere after incidents of violent protests by the Muslim community. The protests were triggered by a politically provocative post by a 20-year-old student, Abhishek Hiremath.

The accused who had made this post called himself ‘Ram Sena Shiva Hindu Huli’ (Ram Sena Shiva, the Hindu tiger). Moreover, he is a member of the Hindutva outfit Ram Sena.

Tensions in the city began to flare up when the accused had circulated a provocative post on WhatsApp. According to several media reports, the WhatsApp post had a doctored picture of a saffron flag hoisted atop the mosque in Mecca.

To demand justice, several people from the Muslim community in the city had gathered outside the Old City police station. The mob were allegedly organized by the All India Majlis-e-Ittehadul Muslimeen (AIMIM) and the Popular Front of India (PFI). They pressed the mob to pressurize the police into taking stricter action against the accused.

The mob grew in size, and their protests became violent as they began to pelt stones at police officers. The police resorted to lathi-charge to disperse the crowd. However, it did not work. The police soon resorted to the usage of tear gas to prevent further violence.

Communal violence reported in #Hubballi old town police station limits.A youth had posted a video on social media which had saffron flag on what looked like Prophet Muhammad's mosque in Medina. local muslims gathered at the police station and demanded action. (1/2) pic.twitter.com/hYmTBf3hVo

Twelve police officers, including a police inspector, were injured due to the violence. Additionally, the town was under Section 144 (preventing the gathering of more than 4 people) till the 20th of April.

The Commissioner of Police further added that 40 people were arrested in connection to the violent protest while a few police vehicles were damaged. Furthermore, he stated that action had been taken against the person behind the inflammatory post.

While speaking with reporters, Karnataka CM, Basavaraj Bommai, termed it an organised attack. Moreover, he said that the organisations behind it should know that Karnataka will not tolerate such incidents. He also appealed to the people in the state to not give any political colour to the incident.

References: The News Minute and The Wire.

In this article:BJP, communalism, hindu-muslim, hindutva