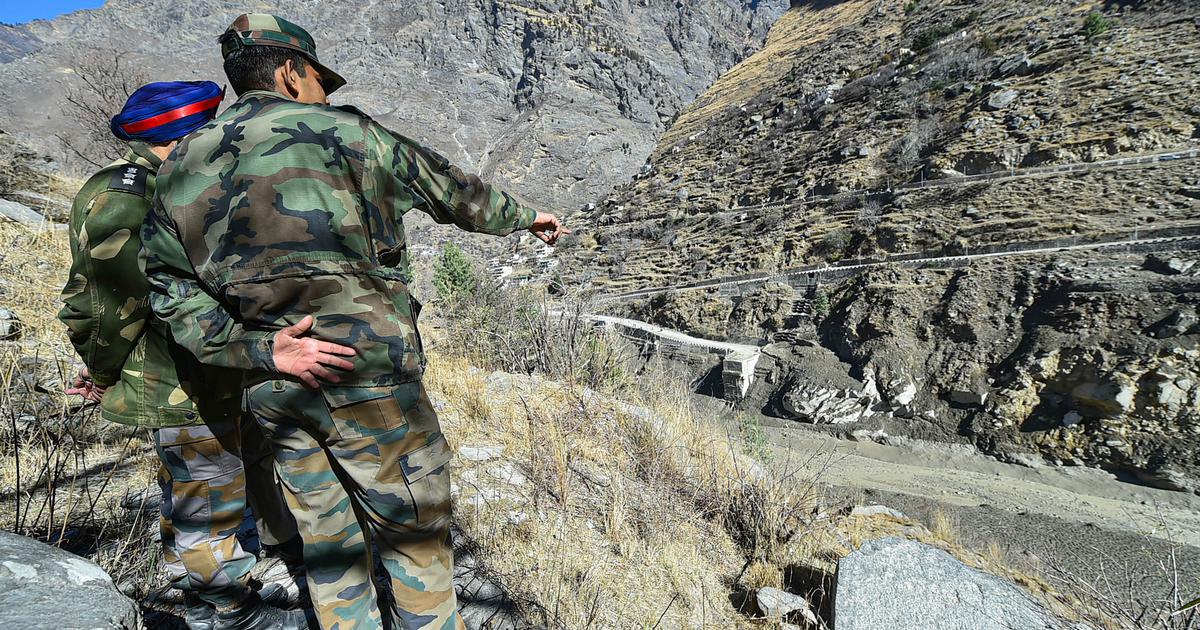 On February 07, Uttarkhand’s Chamoli district witnessed massive flooding from a glacier burst when a part of the Nanda Devi glacier broke. The incident has been reported in Dhauli Ganga river and Joshimath, leaving 19 dead and more than 150 feared missing. The incident has also completely washed away the Rishi Ganga Power Project in Tapovan. Having said that, what caused this catastrophe is still uncertain. The defense scientists say, “A glacial burst in Winters is nearly next to impossible, and sabotage can’t be ruled.” Having said that, the DRDO team is soon to visit and probe the site.

What really triggered this event? Was it a glacial lake burst, or an avalanche, or development, or is it yet another fruit of climate change? Well, for the time being, it is being asserted as a glacial burst however, scientists are not yet convinced and are unsure what must have triggered the sudden urge of water near Chamoli in Uttarakhand. Many glaciologists have been calling this incident a GLOF (Glacial Lake Outburst Flood) after a part of the Nanda Devi glacier broke off. The reason being a reference to flooding caused downstream due to a breach in a glacial lake.

The Nanda Devi glacier dwells on the Nanda Devi peak which is the second-highest mountain in the country after Kanchenjunga, Sikkim. The structure is a part of the Garhwal Himalayas and is located in the Chamoli district of Uttarakhand. To the southwest of the glacier lies the Dakshini Nanda Glacier which flows into Dakshini Rishi Glacier.

Was it really a GLOF?

The Himalayas possess several proglacial lakes that result in retreating glaciers at the tips of the lakes. These lakes are often merely bound by sediments and boulders. Therefore, given that the structure is quite fragile, if the boundaries of these lakes are breached, it can collapse and lead to a large amount of water gushing downstream. In the course of its way, it spares none. As it gathers momentum, it begins to evolve as a flash flood and picks up rocks, sediments, wood; anything that it meets on its path.

The reasons why these glacial breaches occur are several. But, merely 48 hours ago the flood, an avalanche was reported in the region and many alleged that this caused the incident. However, scientists are not convinced and therefore a DRDO( Defence Research and Development Organisation) team will soon be investigating the site.

“We don’t know of any big glacial lakes in this region. An avalanche is quite common, and there could have been one, but an avalanche on its own would not result in an increase in the flow of water in the river. The water has to come from a source, and as of now, we do not know what this source is,” said Professor H C Nainwal, a glaciologist at the Hemwati Nandan Bahuguna Garhwal University in Srinagar, Uttarakhand.
On the other side, international scientists claim to differ. On viewing the satellite imagery, a professor at the University of Calgary attributes this to a landslide and not a glacial outburst. Dr. Dan Shugar states that he used the satellite images from Planet Labs to capture the before and the after of the incident. While viewing the procured images he mentions evidence of dust visible in the satellite imagery and supports his claim.

Through the prism of the defence

Defense scientists state that a GLOF flood occurs when the climatic conditions are unfavorable to the glacial lakes, leading to glacial breaches. But, a catastrophe like this is nearly impossible to unfold as the area is surrounded by snow-capped mountains with tempering ranging in minus 20 degrees celsius.

“During winters, glaciers are formed as snow doesn’t melt due to the negative temperature. To my understanding, glacier bursts in this season are next to impossible. I haven’t studied such an incident in the last 50 years,” said a defence scientist, who added that the exact cause can be established after studying satellite images.

Without ruling out the possibility of sabotage, defence scientists indicate that several militaries in the world use mountain resources as a weapon to hit enemy territory.

The aftermath of this event has been devastating. Although, the incident has not been as grave as the 2013 Kedarnath floods but as many as 150 people are reported to be missing with over 19 bodies being recovered in the last seven hours. The rescue operations have been carried out in a collaboration with the NDRF (National Disaster Response Force) and the Indo-Tibetan Border Police (ITBP). The agencies have cleared a 90 meter stretch of debris in the big tunnel at Tapovan with about 100 meters of clearing still left to do.