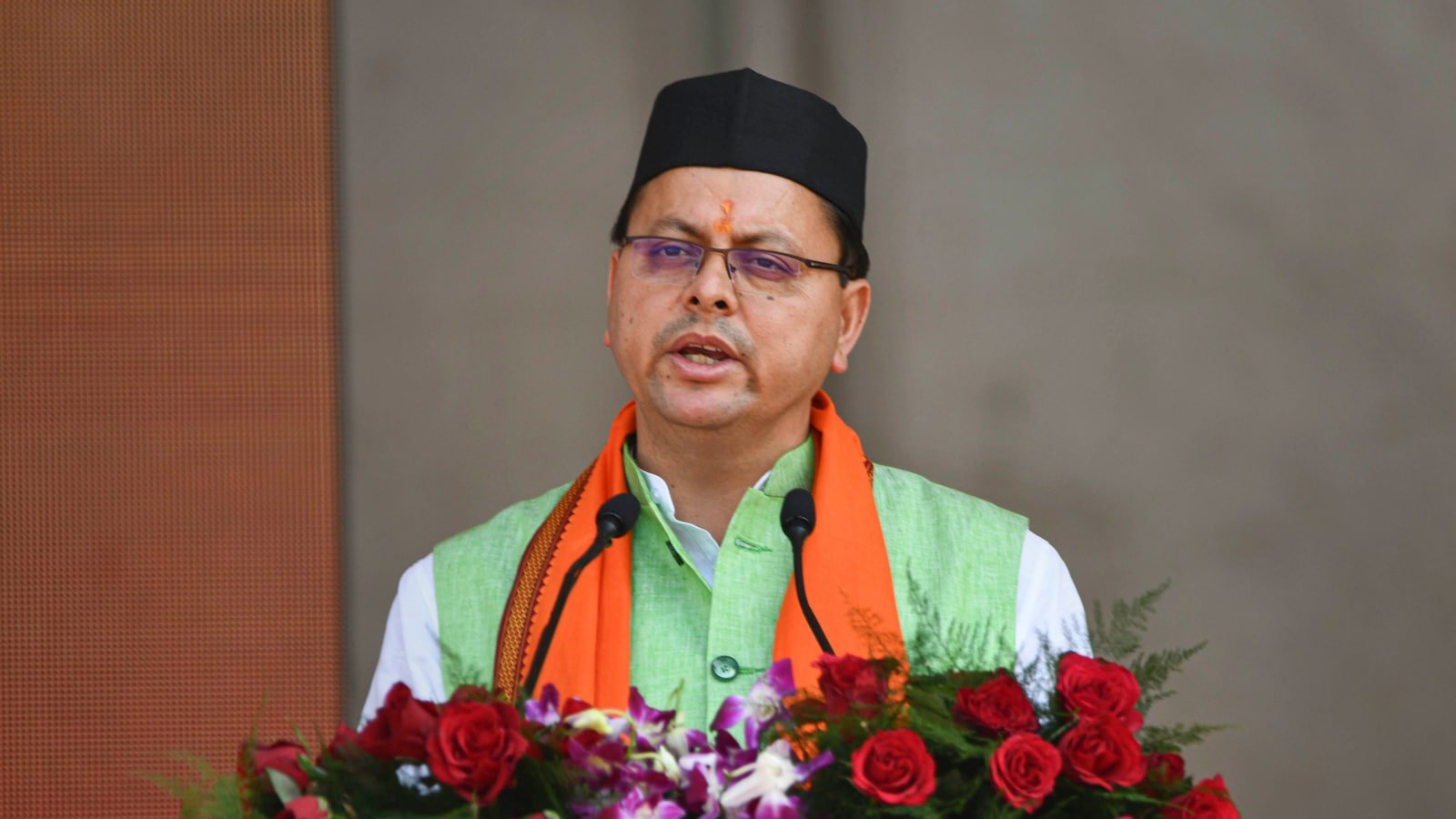 Pushkar Singh Dhami, the Chief Minister of Uttarakhand, said on Thursday that his administration has chosen to implement the Uniform Civil Code (UCC). He stated that the cabinet has unanimously agreed to form an expert committee as soon as possible, and that it would be implemented in the state.

ANI quoted Dhami as saying, “We have decided to implement Uniform Civil Code in the state. The state cabinet unanimously approved that a committee (of experts) will be constituted at the earliest & it will implemented in the state. This will be the first state to do so.”

Dhami had previously stated that after assuming office as Chief Minister, his administration will organise a group of legal professionals, intellectuals, and other stakeholders to draught a Uniform Civil Code.
During the run-up to the assembly elections, he claimed that he had already made the commitment. Dhami had said that the UCC would provide for equal laws on subjects such as marriage, divorce, land, property, and inheritance issues for people, irrespective of their faith and religion.

“Uttarakhand represents the cultural soul of the country and it deserves to have a Uniform Civil Code. We will also fulfil all other commitments made by us,” he said.

According to Dhami, if the UCC is implemented as soon as possible, citizens of the state would have equal rights, which will improve social harmony, gender justice, and women empowerment.

“The UCC will be an important step towards fulfilling the dream of our Constitution creators and solidifying the spirit of the Constitution. This will also be an effective step towards Article 44 of the Constitution, which talks about securing a UCC for every citizen of the country. The apex court, too, has time to time not only emphasised its implementation, but also expressed dissatisfaction over not taking any step in this direction,” he added.

Uniform Civil Code means one law for the entire country, applicable to all religious communities in their personal matters such as marriage, divorce, inheritance, adoption.

Different religions have different regulations in place for such things at the moment. The Hindu Marriage Act, Hindu Succession Act, Indian Christian Marriages Act, and Parsi Marriage and Divorce Act are some of the laws in place. Muslim personal customs, on the other hand, are founded on religious texts.

“Goa has what Constitutional framers envisaged for India — a Uniform Civil Code… And I have had the great privilege of administering justice under that Code. It applies in marriage and succession, governing all Goans irrespective of religious affiliation. I have heard a lot of academic talk about the Uniform Civil Code. I would request all those intellectuals to simply come here and learn the administration of justice to know what it turns out to be,” former Chief Justice of India SA Bobde was quoted saying last year.