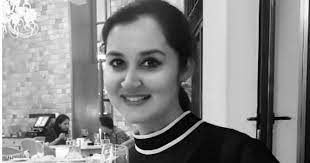 Manik Kaur, an etiquette coach as well as a lifestyle influencer with an Instagram handle by the username @mindful_living _by_manik_kaur posted a reel on Indian Dining Etiquette which got her trolled by the desi foodies of Twitter.

she mentioned in her reel, “Especially in a semi-formal/ formal setting.

2. It’s okay to mix your veggies with your curry but never more than 2 food items at a time. Especially curd ! No mixing curd with everything..it can make people around you feel not so good. Have a bite of curd separately while having your meal”

Popular Desi Opinion: With Desi Food there can never be a better piece of cutlery than using your own hands to eat while mixing everything spicy on your plate and devouring it, it has a sense of comfort and satisfaction that no etiquette can provide. Most Commonly, Indian Food is eaten with hands and the sight might look messy, and our etiquette coach tried to help the same, but our desi people weren’t having any of it,

A Twitter user responded in a tweet that read, “DiNiNg eTiQuetTes and it’s just the worst takes ever. Anybody who says never pour your dal over chawal has a weird superiority complex for no reason. The same with people who look down on eating rice with hands”

Another user wrote “My new technique is to make a little pit in the centre of my rice mound to pour the dal into so that it doesn’t flood the entire plate. Who pours out a spoonful of dal at a time???”

while other users thought it was absurd and that Ms. Manik Kaur was “trying so hard to conform to British standards”