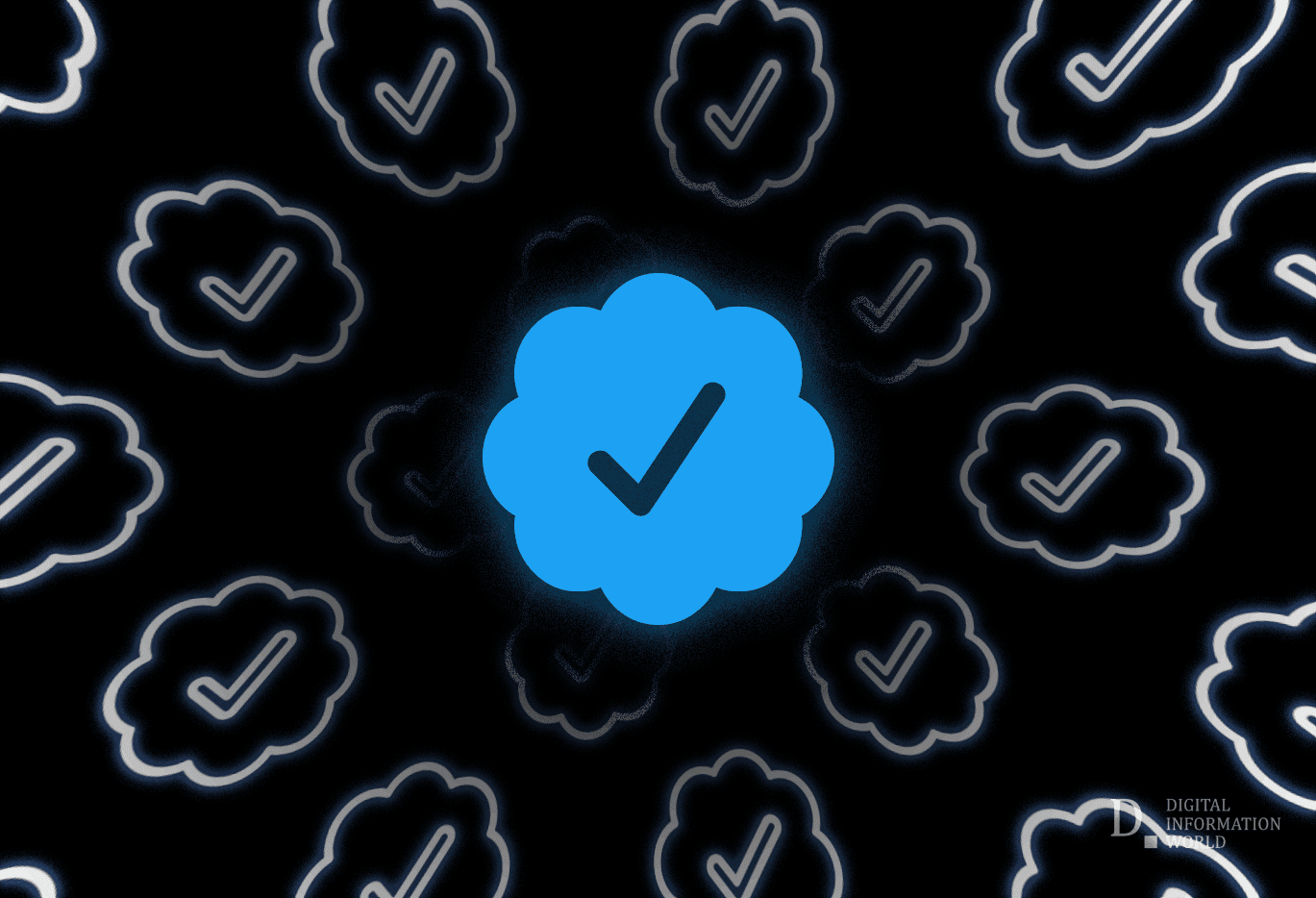 The micro-blogging social media platform – Twitter, in 2017 stopped its verification program stating that it felt random and confusing to a lot of its users.

The story so far

On November 16, 2017, Twitter paused its verifications, as the blue tick caused a perception issue for the social media platform. The users soon began viewing the verification mark as an endorsement of certain individuals on Twitter, even though that was not the case. The Indian Express reported that the company had then written back saying, “This perception became worse when we opened up verification for public submissions and verified people who we in no way endorse.”

The social media platform also had plans to review some of the accounts that had already received the verification badge.

What is the verification process going to be?

Twitter will be having a new self-serve application process, available on the app, and on the web. The users will get the option to apply themselves to get verified. They will then have to choose the category for their verification status. In order to receive the blue tick, the user will have to share supporting materials, and some links to boost their cause.

To handle these applications for the verification badge, Twitter will be using human, as well as automated review. It also said that the users after completing the new verification application, will be getting the option to share demographic information so as to better the measure, and improve the valuation of their verification process.

Twitter further informed that there the new policy contains a part where it will begin automatically removing the blue tick from accounts that are incomplete, and have been inactive.

In order to understand an account’s authenticity, Twitter said that it will be using a blend of internal signals to assess an account’s validity, given that particular account’s engagement count, and followers.

The platform further added that they will also be evaluating a range of signals that are associated with third-party public resources that will be submitted in support of applications for verifications, such as when was the last time they were updated, etc to disclose fraudulent submissions.

But Twitter will still have the right to revoke, or deny verification to accounts that have met the criteria via inauthentic or artificial activity.

In order to be considered as an active account with complete details, the user must definitely have a profile image, and profile name. The former criteria of the header photo has been removed.

The user should have activity and have logged into the account, showing its active use to gain the verification badge. The account must also consist of securing a confirmed phone number or email address.

The account must have also not had a 12-hour or 7-day lockout from the platform in the past six months on the grounds of violating Twitter Rules. Any effective requests are prohibited from this consideration.

If you are an ordinary citizen, it will not be possible to get verified, unless an individual manages to accumulate a substantial amount of followers on the platform, or if a person is renowned in his/her field of expertise. But even then, there is some criteria to be met.

The category to be verified requires an individual to be associated or represent with an eminent brand or individual linked to these fields reported by The Indian Express :

Twitter also received a lot of suggestions for adding verification to categories including religious leaders, scientists, and academics. The social media platform has plans to explore adding dedicated categories to the policy this year. But for the time being, they feel these particular individuals fit under the category of organizers, activists, and other influential individuals.

Why Journalists and Influencers?

Journalists who are employed and working for well-known organisations will most probably get verified quickly, regardless of their followers count.

Twitter gave out a statement saying that any official accounts of qualifying news organisations, as well individual accounts of journalists employed by qualifying organisations can be verified, if the account is public, and does not have protected Tweets. The organizations, as well as journalists are expected to follow the professional standards of journalism.

Additionally, freelance or independent journalists qualify if they are able to provide at least three bylines or credits from qualifying publications, which were published prior to the six months of applying.

Twitter will also be verifying accounts of individual accounts of established digital content creators, since they are associated with the category of entertainment. If these creators have created original content, and have consistently engaged their audience for at least six months before applying, then they will be getting verified.

Also, the gaming, and sport category isn’t applicable for coaches on official teams, and professional athletes, but is inclusive of professional esports teams, coaches, leagues, and rostered players listed on the team’s official website.

Players of esports participate in international competitions, where huge video game titles are played at a professional level. The Indian Express reported that esport players who hold three or more featured references in news outlets like the IGN, Polygon, or Kotaku, within the six months prior to applying may be verified.

Athletes who have participated in worldwide competitions like the Paralympics, or the Olympics will also be qualified for the blue tick.

A silver lining for those individuals who are considered as influential, Twitter may verify them, but it depends if they meet the criteria.

Individuals who are trying to effectively bring about awareness, galvanize communities around a cause, and share information, in order to bring about cultural, political, or socioeconomic change, or support a community, may receive verification.

The rules of consistent usage on Twitter, and work prior to six months need to be shown. They will also be required to adhere to Twitter’s rules and regulations, where content on shame, harassment, mocking people with disabilities or different sexual orientation, and gender, or if abusive, etc., won’t be tolerated.

But Twitter has said that due to the current events that have taken place, they may verify the accounts that are meeting only the Column B of the criteria because of their knowledge or public role in the matters of high public interest.

Twitter set out example of this such as activists and local political leaders during a period in connection with a significant cultural event, or during times of protest, proponents, organisers, or founders of campaigns in support of human or civil rights, healthcare professionals, during a pandemic as this year, or epidemics or other public health crises, public safety and journalist accounts who are reporting on natural disasters.

Twitter also won’t be verifying pet accounts regardless or the followers they acquire, but will verify those pet accounts that are directly associated with a verified organisation, company, entertainment production, or brand.

Who won’t qualify for the Blue Badge?

Accounts that will be seen violating Twitter’s policies such as engaging audiences to buy or sell followers, spam and platform manipulation will not be qualified for the blue tick.

Even if a person has millions of followers but are found to have committed gross human right violations by a tribunal or international court, or is required by a commission of inquiry or a fact-finding mission authorized by an international organisation won’t be eligible for verification.

Loss of the Verified Status

Even if a person isn’t any longer in the same position or designation he/she was when they initially got the badge, or have simply changed the username, the blue tick will disappear. Twitter also gave out a warning that if accounts are repeatedly seen violating the policies, they will have to face action, and will lose the badge. But according to The Indian Express, the policy states that removal of the badge will be in light of repeated infringement will be evaluated on a case-by-case basis and isn’t programmed.

This includes those accounts who are impersonating or intentionally misleading people on Twitter by changing their bio and display name, violation that results in immediate suspension of account, and in Tweets that consist but are not restricted to abusive behaviour, platform spamming and manipulation, hateful conduct, posting private information of other people without their permission and authorization, glorification of violence, or using Twitter as a medium to inter or manipulate the elections of other civic processes.

The company further clarifies that if in any case a person is about to lose the verified badge, they will receive an automated email and an in-app notification informing about the changes required to adhere to in order to avoid the automatic removal of the verified badge.

If these changes have been made before today, then those accounts won’t be losing its verification.

Twitter also said that it has no plans to remove the verification from inactive accounts of people who have lost their lives, and are working in a way to memorialise those accounts in 2021.