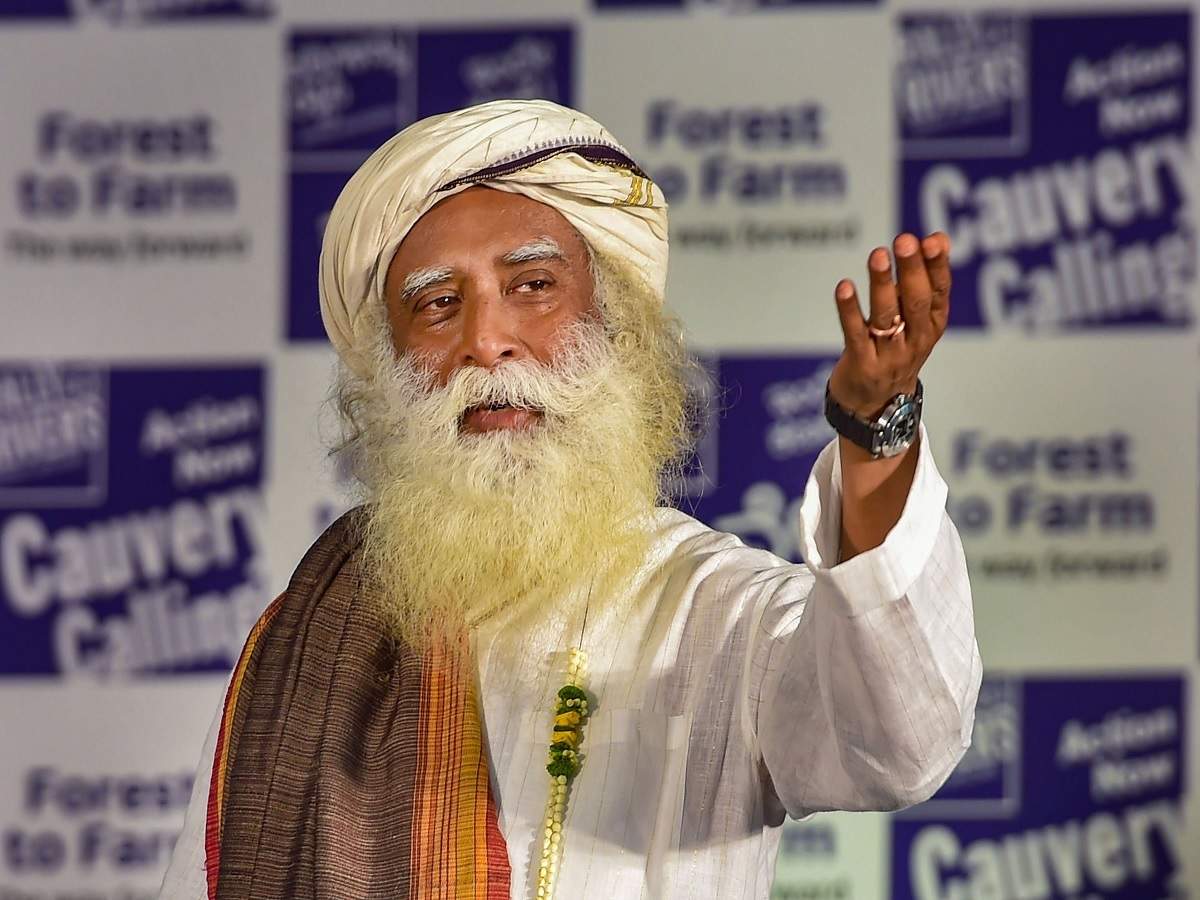 Sadhguru is an important godman in India. He has done extensive work in the areas of yoga, education as well as Ayurveda medicines. However, he has not been spared by controversies that surround him.

Let us look at the top 10 controversies that surround him.

Jaggi Vasudev has been accused of promoting pseudoscience and even misrepresenting science. He has falsely claimed and promoted that cooked food during the lunar eclipse depletes the human body’s ‘pranic energies.’

#Lunareclipse: If there is food in your body, in two hours’ time your energies will age by approximately 28 days. http://t.co/DZtHm2f8Ki

Since it is well known that Sadhguru has been peddling pseudoscience, he was not far off in spreading myths about depression. In one of his tweets, he claimed that the main cause of depression in the world today is eating too much and not getting enough activity. While excessive eating and a sedentary lifestyle are casual factors, there is no evidence of directly linking to them.

The main cause of #depression in the world today is too much eating, not enough physical activity.#QOTD

When India signed the Minimata Convention, it brought in a potential prohibition of its usage in Ayurveda. However, he had opposed it by saying that it has been in Ayurveda for ages and is a part of India’s alchemy despite the substance’s extreme toxicity.

Responsible usage of #mercury for medicinal and yogic purposes must be allowed. Indian #Alchemy is largely mercury based and losing it to uninformed paranoia will be a great loss to humanity. -Sg https://t.co/0jkDaFeXwA

Sadhguru claims that he is an ardent supporter of the environment and has created to save the environment. However, according to a report by Newslaundry, Isha Foundation had illegally encroached upon forest land and even elephant corridors. Newslaundry had collected several testimonies and examined court records.

Isha Foundation, which is registered in the US, showed a net income of Rs 53.43 crores in 2018 and as per records Rs 35.81 crores came from donations. Moreover, there are no public records of the foundation’s revenue available. The majority of Isha Foundation’s income is listed as ‘donations,’ according to Newslaundry because revenue from donations is exempt from paying taxes under the Income Tax Act.

Sadhguru had come under controversy when his wife died at the Isha Yoga Center. He was accused of murdering his wife, and her parents filed a police report. They had alleged in the complaint that their daughter faced dowry harassment.

Sadhguru once came under fire for his remarks on feminism. In one of his videos, he had claimed that reactionary feminism that tries to change a problem by reversing could create more problems and could end up injustice to someone or the other. He further claimed that everyone ought to be responsible for their rights.

If money is the only value, male is the only value, I want you to understand this. Today, in the name of #feminism, unfortunately, a whole lot of women are desperately trying to be like men. Making subtler aspects of life significant is vital for the rise of feminine. pic.twitter.com/V0JXJCPrlI

Sadhguru had stirred up another controversy when he congratulated Hima Das for winning five gold medals in Europe. In his tweet, he could be seen calling Hima Das, a national athlete, a ‘Golden Shower.’ However, it seems that it was unknown to him because the term golden shower is slang for an act of urinating on someone during a sexual encounter. Needless to say, he was trolled heavily.

Sadhguru lambasted protestors who were against the Citizenship Amendment Act (CAA) after he began his lecture by saying that he had not read the act. Furthermore, he had claimed many false instances, such as claiming that the police had shown tremendous restraint. However, according to the Logical Indian, several videos on the internet showcases police brutality.

While speaking on motherhood, Sadhguru infamously claimed that after a mother delivers twins, one of her breasts will produce a particular type of milk and the other breast will produce another variety of milk. He spoke these words at a convention that was held for gynaecologists.

My intelligence hurts after watching the Sadhguru clip quoted by @IndianAtheists 😞 pic.twitter.com/v51xuL0NZH

In this article:controversy, isha foundation, sadhguru