To be or not to be a liberal economy? 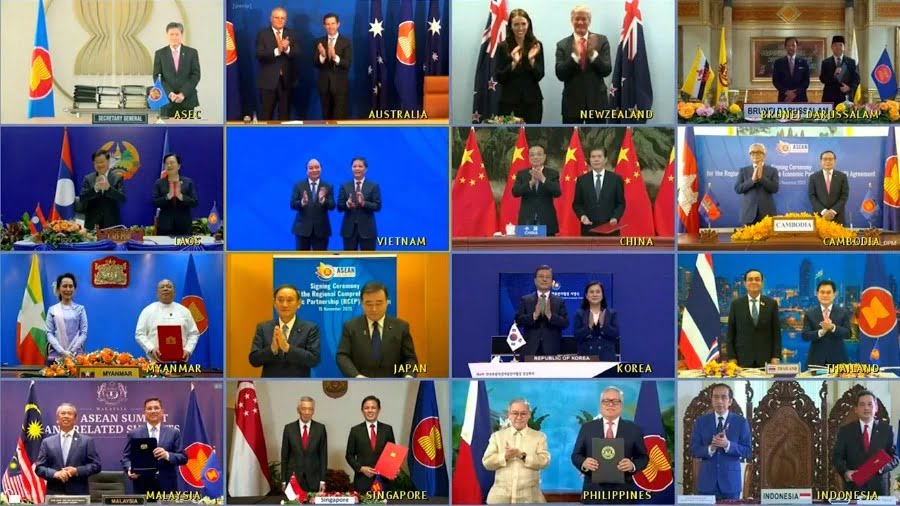 Fifteen Asia-Pacific nations, including #China, on Sunday signed the world’s biggest trade agreement, the Regional Comprehensive Economic Partnership (RCEP), leaving India behind why has India chosen to stay out ?

What is the RCEP trade deal?

Negotiations on the details of the RCEP have been on since 2013, but yesterday in a sudden manner along with backing of china the RCEP was signed.

What does the RCEP propose?

The purpose of RCEP is to create an “integrated market” spanning all 16 countries, making it easier for products and services of each of these countries to be available across this region.

ASEAN says the deal will provide “a framework aimed at lowering trade barriers and securing improved market access for goods and services for businesses in the region”.

The negotiations are focussed on areas like trade in goods and services, investment, economic and technical cooperation, intellectual property, competition, dispute settlement, e-commerce, and small and medium enterprises.

Why is the RCEP important?

It is billed as the “largest” regional trading agreement ever — these countries account for almost half of the world’s population, contribute over a quarter of world exports, and make up around 30% of global #Gross Domestic Product (the value of all goods and services produced in a year).

On November 3rd Prime Minister #Narendra Modi announced that India has decided to hold off on signing the Regional Comprehensive Economic Partnership (RCEP) until “significant outstanding issues” were resolved, even as all other 15 countries involved in the negotiations stated that they were ready to sign the mega trade deal in 2020.

But these Issues were never resolved. The reasons being ….

Serval Indian industries, venture capitalists and economic pundits have raised concerns regarding the market access which would be granted to china and other members if this deal is signed rising concerns that India may lose its hold on indigenous industries in pursuit of liberalisation.

How is this possible?

This is not the only reason

So for e.g.: China wants to sell porcelain crockery but India has a high tax regime on Chinese imports

What china can do is send the raw material to any other ASEAN member say Indonesia where units may be set up to manufacture finished goods and these goods are then exported to India. Where there is only some minimum value added due to FTA and china would be able to dump finished goods without having to pay hefty custom duties.

What was India’s proposition?

Not just in interest of itself but also other member nations india proposed to include a clause to activate an auto trigger mechanism where member nations will have the options to increase custom duties in case of surge in imports, however this proposition was rejected by the majority.

RCEP countries have kept a door open but India has to bow down, that is it once RCEP comes into effect India must make an official written request to the member nations and must agree to all conditions set by member nations with no room for negotiations. However External affairs Minister S. Jaishankar made it clear at the East Asia Summit that “India does not wish to deal with a country which refuses to respect India’s territorial integrity and sovereignty”

India can hope for revival of Tran’s pacific trade under #Biden’s presidency but it is still a long way ahead. India also needs to brace itself for hurdles in bi-lateral trade with RCEP member nations in oncoming days

Moving forward with the help of Atmanirbhar 3.0