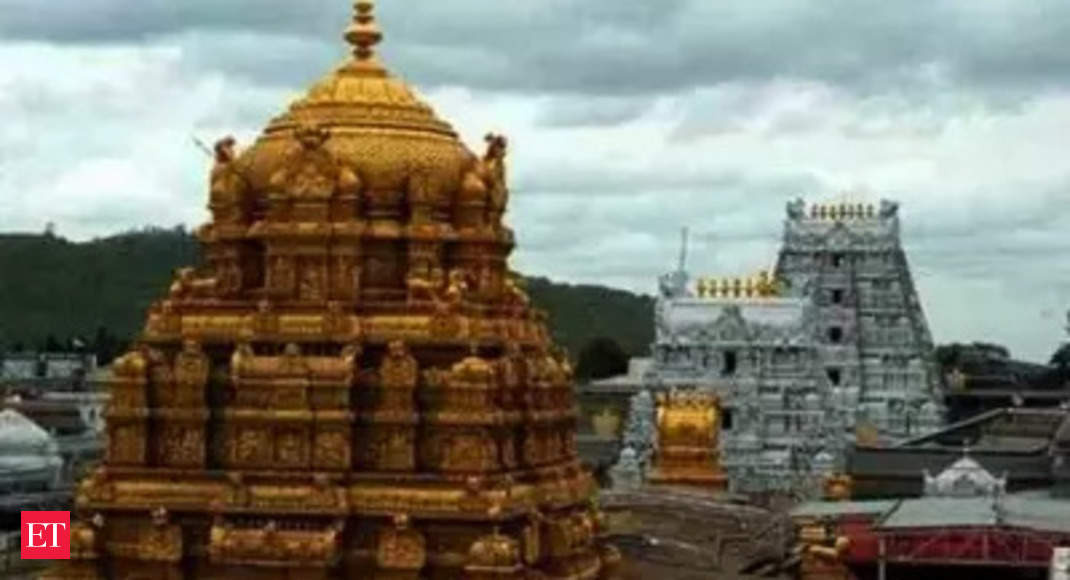 Tirupati’s world famous Lord Venkateswara temple’s net worth of over Rs 2.5 lakh crore is more than the market capitalisation of IT services firm Wipro, food and beverage company Nestle and state-owned oil giants ONGC and IOC. For the first time since its creation in 1933, on November 5, India’s Tirumala Tirupati Devasthanams Trust which manages Tirupati temple made a big revelation. TTD declared its assets, including fixed and gold deposits.

At current trading price, the networth of Tirupati temple is more than several blue-chip Indian firms, according to stock exchange data. Bengaluru-based Wipro had a market cap of Rs 2.14 lakh crore at close of trading on Friday, while UltraTech Cement had a market value of Rs 1.99 lakh crore. Swiss multinational food and drink major Nestle’s India unit, with a market cap of Rs 1.96 lakh crore, too was valued below it.

Tirumala Tirupati Devasthanams (TTD) is growing richer and richer as the cash and gold offerings made by devotees at the hill temple continue to rise and fixed deposits in banks are also generating more income in view of increase in interest rates, a temple official said. The assets owned by TTD include land parcels, buildings, cash and gold deposits in the banks, given as offerings to the temple by devotees.

The sprawling seven hills are held sacred by devotees and are revered as the abode of Lord Venkateswara. TTD administers a large number of temples in Andhra Pradesh, Tamil Nadu, Telangana, Odisha, Haryana, Maharashtra and New Delhi.