THINGS YOU NEED TO KNOW ABOUT BUBONIC PLAGUE 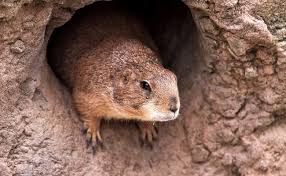 Yet another fatal disease has risen its head in China with 2 cases of Bubonic plague being found. A state-run news agency said on 1st July that 2 suspected cases were found in the Khovd province, Bayannur, in Western Mongolia. Lab tests have shown that two brothers aged 27 (who was a herdsman) and 17 have contracted the virus after consuming the marmot meat. Later, the local government has sounded an alert of a level III warning of plague prevention and control in Bayannur. They have also asked people to not consume marmot (a rodent like squirrels) meat. The affected are receiving treatment at a hospital and are now in stable condition as the disease was caught early. Bubonic plague is a fatal disease which is caused by a zoonotic bacterium called Yersinia Pestis, which is also responsible for pneumonic plague. The disease can spread to both animals and humans from an infected flea’s bite if they have fed on other infected animals like rats and squirrels. Exposure of bodily fluids to a dead infected animal’s body can also cause the disease. Human to human transmission is rare and can occur through droplets of the infected person. The disease requires immediate medical attention and if not treated within the first 24 hours, can kill the affected. The mortality rate in people who were not treated in the first 24 hours is 30-60%. Within 2-6 days of being infected the affected will develop symptoms like onset of fever, chills, body aches, vomiting and nausea and fatigue. Lymph nodes swelling up to the size of a chicken’s egg, is a major symptom. The swellings (or bubos) can occur in the neck, armpit or groin. When the infection advances, the nodes turn into sores and are filled with pus. There might also be some chest pain and cough. This disease was responsible for the ‘Black death’ that occurred in Eurasia and Africa in the middle ages (14th -15th century). The pandemic wiped out more than 50 million lives and is believed to have killed almost 60% of the European population. In the recent years, i.e., between 2010-2015, 3,248 cases with 584 deaths were reported. Even though the plague still exists in today’s world, it is treatable as anti-biotics are now available. There is also no potential for the disease to become a pandemic as the cases found have already been contained and are being treated. When treated on time, the fatality rate is as low as 10%.

WHY FAST TRACKING COVID CLINICAL TRIALS IS NOT A GOOD IDEA

THE PLIGHT OF OUR HEALTHCARE WORKERS