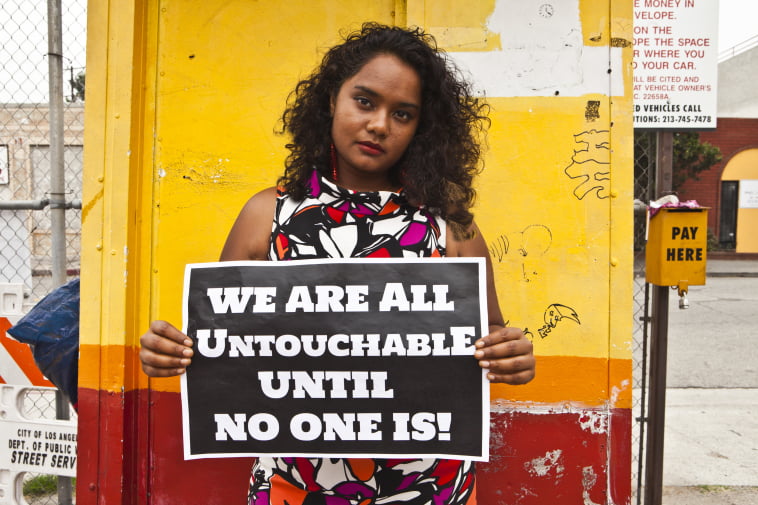 Voices of Dalits have always been suppressed from time immemorial by the upper class of the Indian society.

But this discrimination was limited to the mainland (that was what we thought till now).

There is a simple assumption behind the above statement, Indians are always afraid of travelling beyond the “Sath Samundar” (7 Seas) on a belief that if they travel beyond the sub-continent they will lose their caste affiliations.

If there is no caste there will be no discrimination.

But this stands false.

This is portrayed by the cancellation of US-based Dalit activist Thenmozhi Soundararajan’s talk by google under pressure from employees who claimed that their “lives were at risk” if Thenmozhi went ahead. The Case Against the talk

An expose by the Washington Post has revealed that groups of Google’s employees sent out mass emails through the company intranet, calling Thenmozhi, who is the Executive Director of Equality Labs, “Hindu phobic” and “anti-Hindu.”

Such a reaction has been attributed to the “pro-Hindu” right-wing groups within google.

According to the report the employees at Google who opposed her talk claimed that “their lives were at risk by the discussion of caste equity.”

As mentioned above, the basic argument of all the emails that were sent to Google was “there is no caste in the US, caste discrimination does not exist, people from oppressed castes are less educated.”

And as caste discrimination doesn’t exist there is no need for such a divisive talk to happen (the Irony).

Some of the emails even suggested a form of ‘reverse discrimination against upper castes’ because of India’s reservation system.

The Case for the Talk

Thenmozhi, who was formerly the president of Ambedkarites Association of North America (AANA), which has chapters across the US, Mexico and Canada, is a globally recognised anti-caste campaigner.

Her non-profit Equality Labs is behind the historic Cisco Caste harassment case that has been admitted by a US court.

Thenmozhi is a statement expressed her shock and said “I cannot find the words to express just how traumatic and discriminatory Google’s actions were towards its employees and myself, as the company unlawfully cancelled a talk about caste equity. Google must address the casteism within its workforce that allows for these attacks to occur and continue.”

According to her, it is more than important for tech giants to have such talks and discussions around “caste-oppressed people comprise at least 25 to 30% of the market and are vital for capturing the next billion users.”

And if they face a hostile work environment it will be plain bad for Google’s business.

She also writes a letter to Sundar Pichai explaining all of this.

She also drew parallels between her and Sundar Pichai by saying

“they are both Tamil — while he is from a Brahmin family, she is from a Dalit family. “Even a consultant like myself is facing casteist smears in the company you lead. Imagine what a caste-oppressed worker at Google would face if they dared to come forward.”

In a statement, Equality Labs condemned this action of google terming Google’s attitude as casteist and questioning the legitimacy of its diversity and inclusivity initiative.

An employee at google Tanuja, too was in favour of having this talk and according to Equality Labs Google’s management retaliated against Tanuja with an HR investigation and punitive corrective action that forced her to resign. 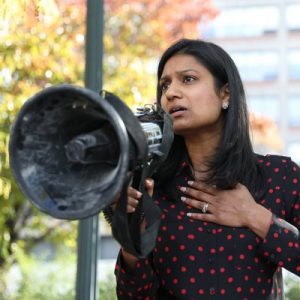 Tanuja in her farewell letter to Google, Tanuja wrote that employees had escalated concerns about her scheduling the talk.

Her petition was then reported to the company for violating norms.

She also goes on to say a very powerful line “Having been at the company for 11 years, I had many reasons for leaving, but this was the only one I needed.”

And also pointed out the toxic environment at Google that she had witnessed while she was with the organisation.

She, later on, had a talk with Thenmozhi in her own capacity.

According to Equality Lab’s 2018 survey of 1,500 people on caste in the US had shown that 52% of Dalits and 25% of Shudras were worried about their caste being ‘outed’.

The survey’s findings also showed 60% of Dalits experienced caste-based discrimination and two out of three reported being treated unfairly at the workplace.

Credits:- The Minute News and The Print