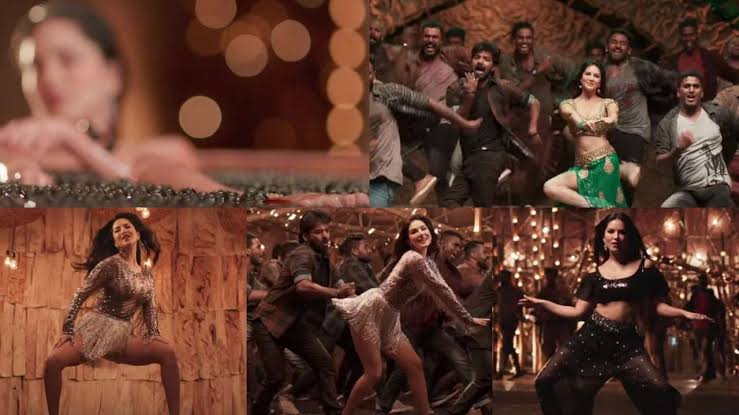 Indian cinema has undergone a dramatic evolution in the past couple of decades. The plots have become thicker, the acting has become more natural, and so many talented new faces have been introduced to the industry. But one thing that has remained unchanged is the objectification of women. Sexualizing of women has been a constant ever since the beginning of Cinema. The fact that a woman in cinema has to be fair and petite and charming itself is so that the woman is satisfying the male gaze. She cannot be too intellectual or smart. She’s almost always portrayed as a damsel in distress.

Even in the introduction scene of a woman, we can almost always see the camera zooming in on her features – her eyes, lips, and sometimes even her torso. This propagates the idea that the sole purpose of a woman is to satisfy the male gaze.
Film theorist and Scholar Laura Mulvey first introduced the concept of the male gaze. The “male gaze” invokes the sexual desire in a man while looking at a woman, which makes the man a looker and the woman an object to be looked at and admired. This is another aspect of the patriarchal structure we see in the cinema. The worth of a woman lies in how strongly she can satisfy the gaze of a man. In the male gaze, a woman is visually positioned as an “object” of heterosexual male desire.

Item dances are another phenomena that cater to the male gaze. A scantily dressed woman dancing in a male crowd is a constant in almost all Indian movies. While in Bollywood or Kollywood, it is okay for the heroine herself to involve in these dances, it is not acceptable in an industry like Mollywood for the heroine to dress less and bust out moves. Hence, the introduction of a different woman for this purpose, as it is impossible to just completely avoid an item dance.

In the 2019 Malayalam movie “Madhuraraja”, Sunny Leone did an item dance called ” Mohamundiri” which broke all YouTube view records. This was a marketing strategy by the filmmakers that was solely based on the concept of the male gaze, as the huge fanbase of the actress and the fact that she was doing an item dance in a Malayalam movie turned out to be one of the biggest forms of promotion for the movie.

When detractors of Kabir Singh, the most controversial movie of the recent past critiqued it for glorifying misogyny, the question that arises is, Was this just a problem of this particular film? After all, isn’t “casual” misogyny being catered across since the evolution of Indian cinema.
For instance, how many times have we all lusted over women in saree? Be it Madhuri Dixit’s orange saree in the song Dhak-Dhak or Kareena Kapoor’s red saree in the song Chammak Challo.
Even films that tried to explore female characters beyond just their physical appearance did not succeed in their attempt but rather became yet another byproduct of the male gaze. Think about Avantika (Tamannah Bhatia) in Bahubali. At the beginning of the movie, the character is portrayed as a brave woman, who doesn’t care about her looks and someone whose aim is to complete the mission of her troop.
But to great dismay, just like in any other mainstream movie, as the movie progresses we see that she transforms.
And this metamorphosis had nothing to do with character development, instead, it was to make the character more physically appealing, and more ‘feminine.’

American director Budd Boetticher said, “What counts is what the heroine provokes, or rather what she represents. She is the one, or rather the love or fear she inspires in the hero, or else the concern he feels for her, who makes him act the way he does. In herself, the woman has not the slightest importance.”

While Hollywood has moved past this mentality and we see a lot of female-centric American movies today, it is sad to say that our actresses are still seen as something that can bring joy to the male gaze.