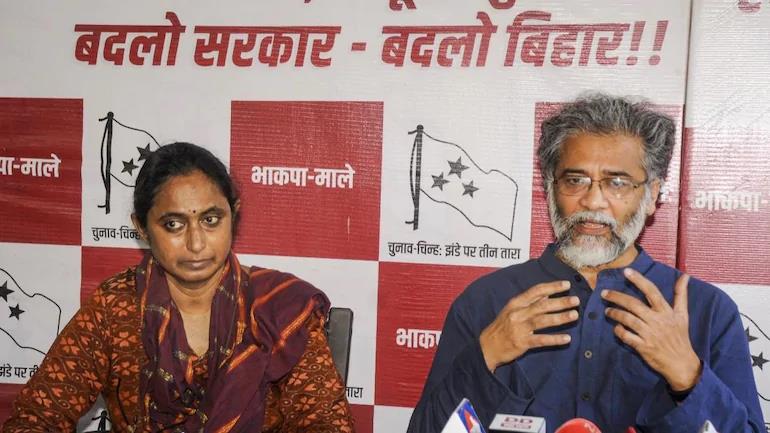 In this intense #BattleofPower, #NDA finally gets majority in Bihar and sets to form the government. The #ElectionCommission of India announced the much awaited results of the polls in the early hours of Wednesday, with NDA winning an #AbsoluteMajority of 125 seats, which is three more than the halfway mark needed for a victory.

Amidst the electoral fight, though the #Mahagathbandhan fell short of the halfway mark, its tally was swayed by the #LeftParties– the combine of #CPI (Marxist-Leninist) Liberation, #CPI and #CPM, which won 16 out of 29 seats that they jointly contested. CPI and CPM contested for six and four seats respectively and won two each. On the other hand, CPI (M-L) Liberation emerged the biggest gainer by winning 12 out of 19 seats that it contested.

To which CPI(M-L) Liberation General Secretary Dipankar Bhattacharya said that,

“We were expecting our own tally to be better, but what is more disappointing is that #Congress#underperformed and the JD(U) did better than we expected. As we head towards a hung assembly, I believe thus is an #Anti-NDAmandate”.

On being asked as to the biggest factor for such a sweeping win, Bhattacharya told PTI that,

“We banked on #YoungCandidates like #StudentLeaders, candidates who were part of #FarmerStruggles and #WorkingClass people. That seemed to have worked. We have played the lonely vocal opposition voice in the Vidhan Sabha on the #RightsofthePoor.”

Out of the 19 candidates that the party fielded this time, six are under #35years of age and 10 are below 50. Sandeep Saurav (33)- Former General Secretary of Jawaharlal Nehru University Students’ Union defeated Janata Dal (United)’s candidate by a margin of 30,915 votes. Another candidate, Manoj Manzil (36) who is known for leading the ‘#SadakParSchool’ movement in #Bhojpur against #unemployment, won by over 50,000 votes from #Agiaon. According to the PTI report, CPI (M) General Sitaram Yechury said that,

“Our strike rate in Bihar is 80% and if we had been given more seats, we would have contributed more to the #Gathbandhan tally. This election result has shown that #NoOneCan write off the Left.”

In the 2005 February Assembly elections, the party had won seven seats. Within few months, the Assembly got dissolved and in the October elections, the tally came down to five. In the 2010 elections, CPI(ML) was wiped out and it took them another five years to bounce back and win three seats in the 2015 elections that they fought independently. This time, given the upsurge of #youth contributions, the CPI (ML) performed extremely well.

The Left leaders believe the parties were able to make a significant improvement from the previous elections in Bihar, due to heated issues like the #MigrantCrisis and #Unemployment.

“The Left had always argued that #SocialJustice cannot be realised without #EconomicJustice. The two have to be combined and they are integral. And the main issues this time were #Unemployment and the #MigrantCrisis, so the people understood our #vision.”

These #WinningFactors play a major role in the recent success of the #LeftParties in #BiharElections. It also hints towards possible important issues that all other political parties contesting in upcoming elections should address to the masses. Performance-based fielding of candidates is crucial to gauge and cater to the immediate needs of the voters. Thus, the 2020 Bihar Assembly Election results not only saw a good fight among the contestants, but also suggested for possible #reformations and better #ElectoralManagement for the next elections.