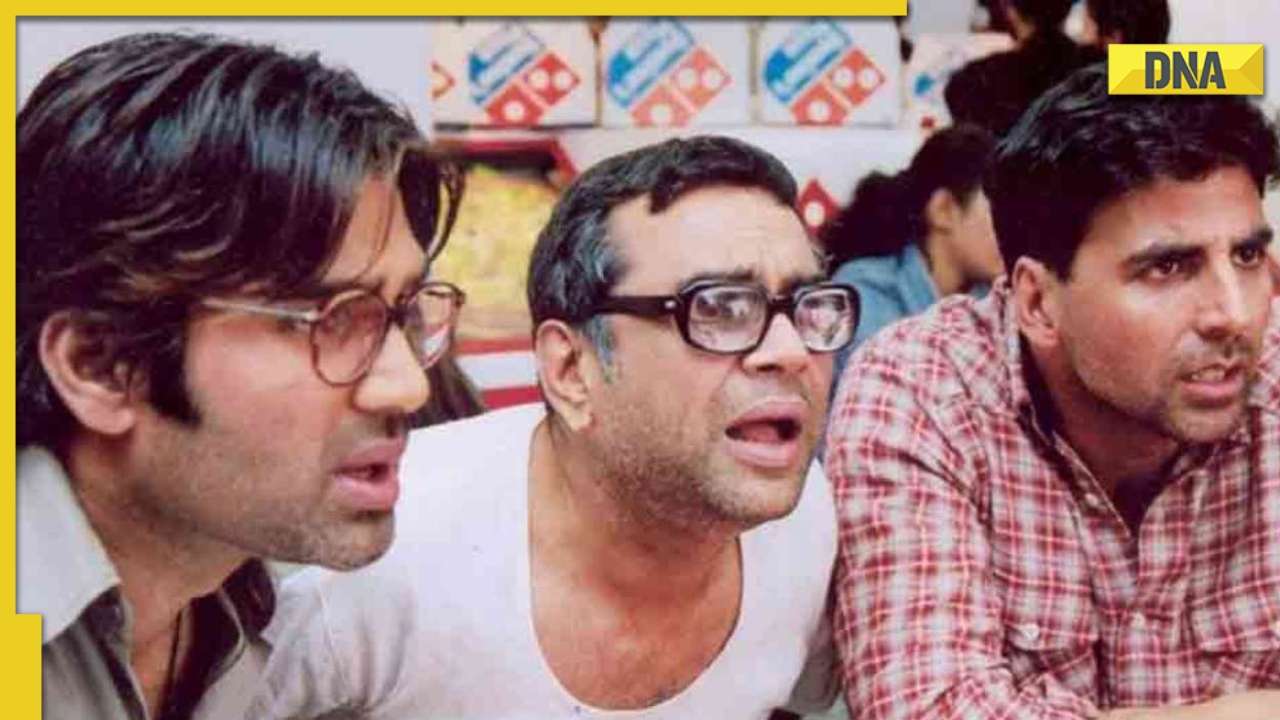 The movie ‘Hera Pheri’ released in 2000 and directed by Priyadarshan is a national treasure when seen from the perspective of comedy. Producer Firoz Nadiadwala has confirmed the release of the third part with the original trio of Akshay Kumar, Suniel Shetty, and Paresh Rawal.

BAAP OF ALL FRANCHISE#HeraPheri3 |
Break all YouTube and boxoffice Record pic.twitter.com/4Qtl8aFiVu

“You’ll get to see it very soon with the same star cast – Akshay ji, Paresh bhai, and Suniel ji. The story is in place, and we are working on certain modalities,” Mr. Firoz said. He also added, “We can’t take past achievements for granted. So, we have to be extra careful in terms of our content, story, screenplay, characters, mannerism etc. We have shortlisted somebody. We are in talks. We’ll make the announcement soon.”

The previous two films: ‘Hera Pheri’ and ‘Phir Hera Pheri’ had gained cult status for their hilarious script and entertaining performances. While the producer did not reveal much, he hinted that they have already shortlisted a director for the next sequel. “We are in talks. We’ll make the announcement soon,” said Nadiadwala.

Meanwhile, Twitteratis reacted to the announcement with a lot of zeal:

This was the most sensational suspense ever😱

Firoz Nadiadwala said the buzz isn’t true. He also shared that the team had indeed started work on Hera Phera 3 in 2014 but had to stop after Neeraj Vora( director of Phir Hera Pheri) fell ill. The new film, though, will have a lot of changes in terms of story and characters.

The most complicated meme of #Herapheri 👇😜
Hope they repeat such more jokes in #HeraPheri3 too. pic.twitter.com/oQEeaDFOYN

Firoz also seemed optimistic about creating a franchise out of ‘Hera Pheri’. He said that, “Sustaining at the box office is important. And the moment you take anything for granted, it falls. Because we hope that God willing, we can make more parts – Hera Pheri 4, Hera Pheri 5, etc. And it should be better than the earlier parts.”

He concluded by saying that, ” We hope that there will be a new film released every 15 months. Isn’t this how the West operates? Don’t we get a new Spider-Man or Bond film soon after the previous part has been released in the cinemas?”