The Legend of Birsa Munda 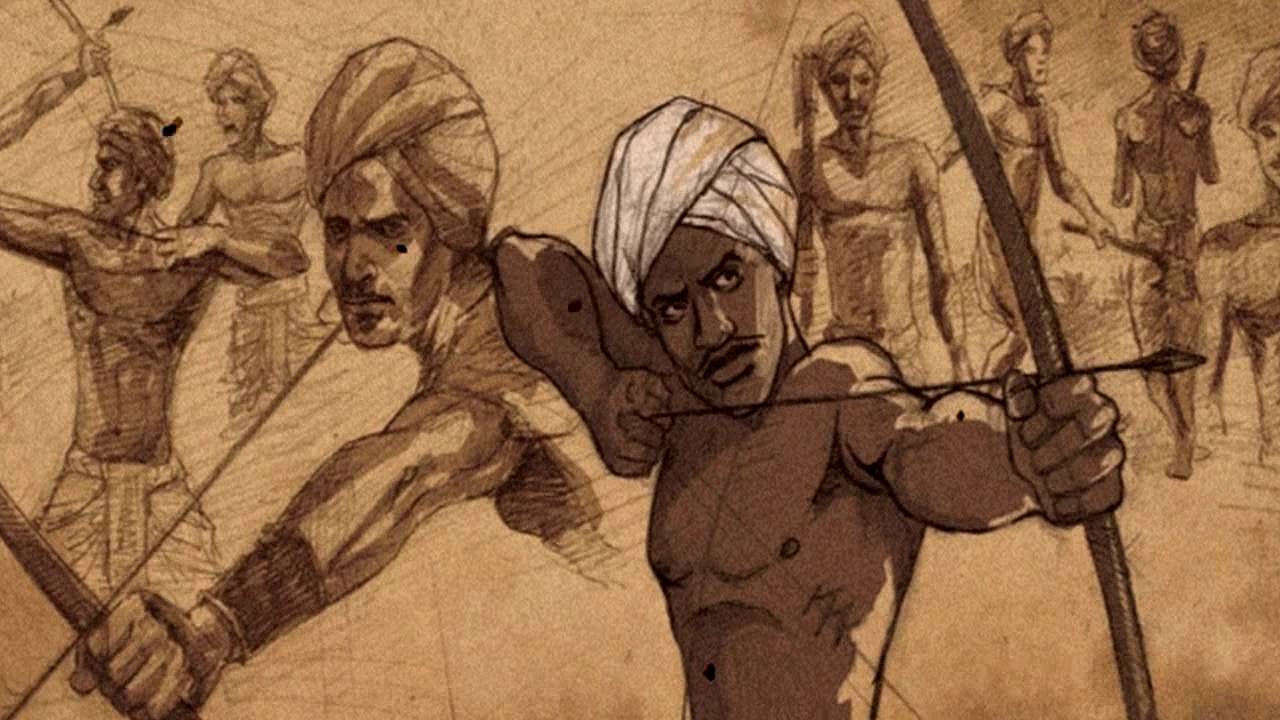 Two hundred years of British Raj, two hundred years of living in colonial shackles; shackles that bound this country to violent racism, sexism, class disparity, abject poverty, and marginalization – India finally saw a glimmer of light as she celebrated her freedom on the eve of August 15, 1947. Among the countless lives sacrificed for us to see that day, one name shines out among them: Bhagwan Birsa Munda. His accomplishments are all the more remarkable and astounding because he attained them before even reaching the age of 25. On his birth anniversary in 2000, the state of Jharkhand was established in honour of his contribution to the national struggle.

Birsa was born on November 15, 1875, in Ulihatu village in present-day Jharkhand, and grew up in a tribal Munda family amidst abysmal poverty. Birsa spent much of his youth with his parents travelling from village to village. He completed his early schooling at Salga, where he was taught by Jaipal Nag. He turned to Christianity on the advice of his teacher in order to enrol in the German Mission school. He, however, dropped out after a few years. The influence of Christianity may be seen in the way he later viewed religion.

The exploitative Raj began infiltrating the deep forests of Central and Eastern India at this time, upsetting tribals who were living in harmony with nature. In the Chhota Nagpur area, the British installed a feudal zamindari system, which destroyed the indigenous “Khuntkatti” farming system. Outsiders, moneylenders, and contractors, as well as feudal landowners, were brought in by the Raj to help the British in their exploitation. With the Raj’s active assistance, persistent missionary activity persisted, demeaning and intruding upon tribal religious freedom and their cultural ethos.

Birsa was a close observer of the Sardari Larai movement in the area in the 1880s, which sought to restore tribal rights via nonviolent means such as petitioning the Raj. These requests, however, were ignored by the harsh colonial authority. The tribals were quickly demoted from landowners to labourers under the zamindari system. The feudal system intensified forced labour (veth bigari) in forested areas.

Birsa founded the ‘Birsait’ faith upon becoming mindful of the British colonial authority and missionaries’ efforts to convert tribals to Christianity. Members of the Munda and Oraon communities soon began to join the Birsait sect, posing a threat to British conversion efforts. He held steady in the face of missionaries who belittled and mocked native tribal life and culture. Birsa tried to improve and modify religious traditions at the same time, discouraging numerous superstitious customs. He introduced new principles and prayers, as well as working to restore tribal pride. The importance of “sirmare firun raja jai,” or “victory to the ancestral king,” was instilled in the Adivasis by Birsa, who invoked the tribals’ ancestral autonomous sovereignty and sovereignty over the land.

Birsa Munda spent a lot of time at Chaibasa, which was in the centre of the Sardars agitation, between 1886 and 1890. The Sardars’ efforts had a profound influence on the young Birsa’s mentality, and he soon joined the anti-missionary and anti-government movement. Birsa was deeply involved in the resistance to British tyranny of tribal tribes by the time he left Chaibasa in 1890.

He became a mass leader, and his supporters began to refer to him as Bhagwan and Dharati Aba. Apart from the dikus (meaning outsiders such as traders and money lenders, who made the tribal people dependent on them), Birsa recognized who the actual enemy was: the tyrannical British Raj. “Abua raj setar Jana, maharani raj tundu jana,” he said (let the kingdom of the Queen end and our kingdom be established).

Bhagwan Birsa sparked a revolution in people’s thoughts. The Mundas, Oraons, other Adivasis, and non-Adivasis heeded his appeal and joined the “Ulgulan” or uprising, against colonial overlords and exploitative dikus. Birsa advocated that the people not pay any rent and fought feudal, missionary, and colonial establishments. The tribals of Central and Eastern India mounted an effective armed rebellion against the British using traditional bows and arrows. Several tribal tribes, such as the Mundas, Oraons, Santhals, Tamars, Kols, Bhils, Khasis, Koyas, and Mizos, contributed to India’s liberation movement. Tribal communities’ revolutionary uprisings and battles were defined by their tremendous courage and sacrifice.

Birsa was caught by British police on March 3, 1900, while sleeping with his tribal guerrilla army in Chakradharpur’s Jamkopai jungle. He died in Ranchi prison on June 9, 1900, when he was only 25 years old.

Unfortunately, his campaign faded out soon after his death. But his valiant efforts were not in vain. It pushed the British to recognise tribals’ predicament and exploitation and to pass the Chhota Nagpur Tenancy Act of 1908 to protect them. This Act limited the transfer of tribal land to non-tribals, providing a major relief to Adivasis and becoming a historic landmark legislation for tribal land conservation and tribal rights. Veth Bigari, or forced labour, was also abolished by the British due to his efforts. Birsa Munda is credited with mobilising the tribal population against the British and forcing colonial officials to pass laws safeguarding tribal land rights. His accomplishments as a young tribal rebel have been honoured for decades, and he has carved out a niche for himself in folk culture, academia, and mainstream media.

L Murugan rightly encapsulates the sentiment by saying that “Bhagwan Birsa Munda continues to inspire millions of Indians, 121 years after his death. He is an icon of valour, courage and leadership. He was a leader who took great pride in his rich culture and great traditions, but at the same time, did not shy away from reforming his own faith wherever necessary. He is one of the tallest icons of our freedom movement.”

The Birsa Munda Memorial Udyan and Museum is located in Ranchi’s Old Central Jail, where the tribal hero passed away. A 25-feet tall statue of Munda has been installed. Budhu Bhagat, Sidhu-Kanhu, Nilambar-Pitambar, Diwa-Kisun, Telanga Khadiya, Gaya Munda, Jatra Bhagat, Poto H, Bhagirath Manjhi, and Ganga Narayan Singh are some of the other tribal freedom fighters who will be highlighted at the museum. A musical fountain, food court, children’s park, infinity pool, and other entertainment amenities have been built on an adjacent 25-acre plot of land. So far, the Ministry of Tribal Affairs has approved the construction of ten museums dedicated to tribal freedom fighters.

A Self Critical, Nehruvian tribute to India