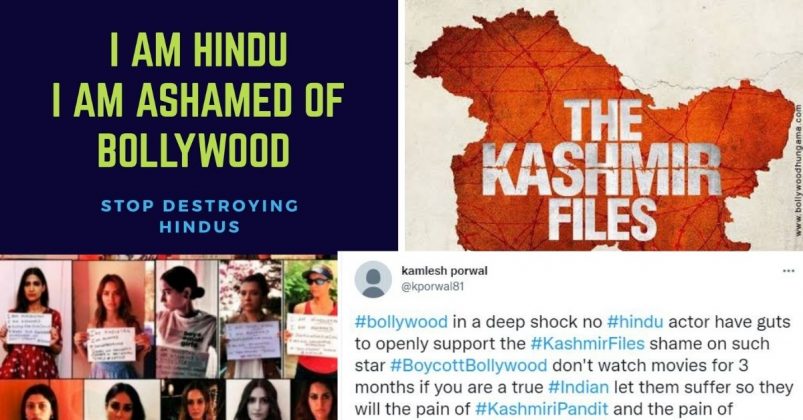 The Kashmir Files, a film directed by Vivek Agnihotri and starring Anupam Kher, Darshan Kumar, Mithun Chakraborty, and others, has received many good reviews from audiences. Meanwhile, many netizens have chastised Bollywood for its silence on The Kashmir Files.

Kangana Ranaut, for example, has chastised Bollywood for its silence on The Kashmir Files. She posted on her Instagram stories, “Please notice the pin-drop silence in the film industry about #thekashmirfiles not just content even its business is exemplary… investment and profit proportion might be such a case study that it will be the most successful and profitable film of the year.”

She continued, “It also broke many myths about theatres being exclusive for big budgets event films or visual/VFX spectacles post-pandemic, it is breaking every myth and preconceived notion that was there and bringing back the audiences to the theatres, 6 am shows in multiplexes are full it’s unbelievable!!!,”. 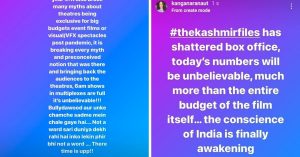 A great movie i have ever seen in my entire life. But no one celebrity is promoting this movie. I don't know why but shame on Bollywood.#RightToJustice #TheKashmirFilesmovie #BoycottKapilSharma pic.twitter.com/g03jrRCbIN

These fake people of bollywood will stand with dreaded terr0rist but will not promote a hard hitting film like #TheKashmiriFiles
Shame on Bollywood bigwigs #HumDekhenge pic.twitter.com/aQPjHYlfQX

#BycottKapilSharmaShow #BollywoodMafia #TheKashmirFiles #VivekRanjanAgnihotri Shame on you all bollywood mafia even not a single celebrity come in screening of the movie.And now all are silent and not talking about his film. And this bullshit kapil sharma not invited 👿☠️👹💀👿 pic.twitter.com/ZPYVeFolnL