THE HISTORIES AND MYSTERIES OF PADMANABHASWAMY TEMPLE 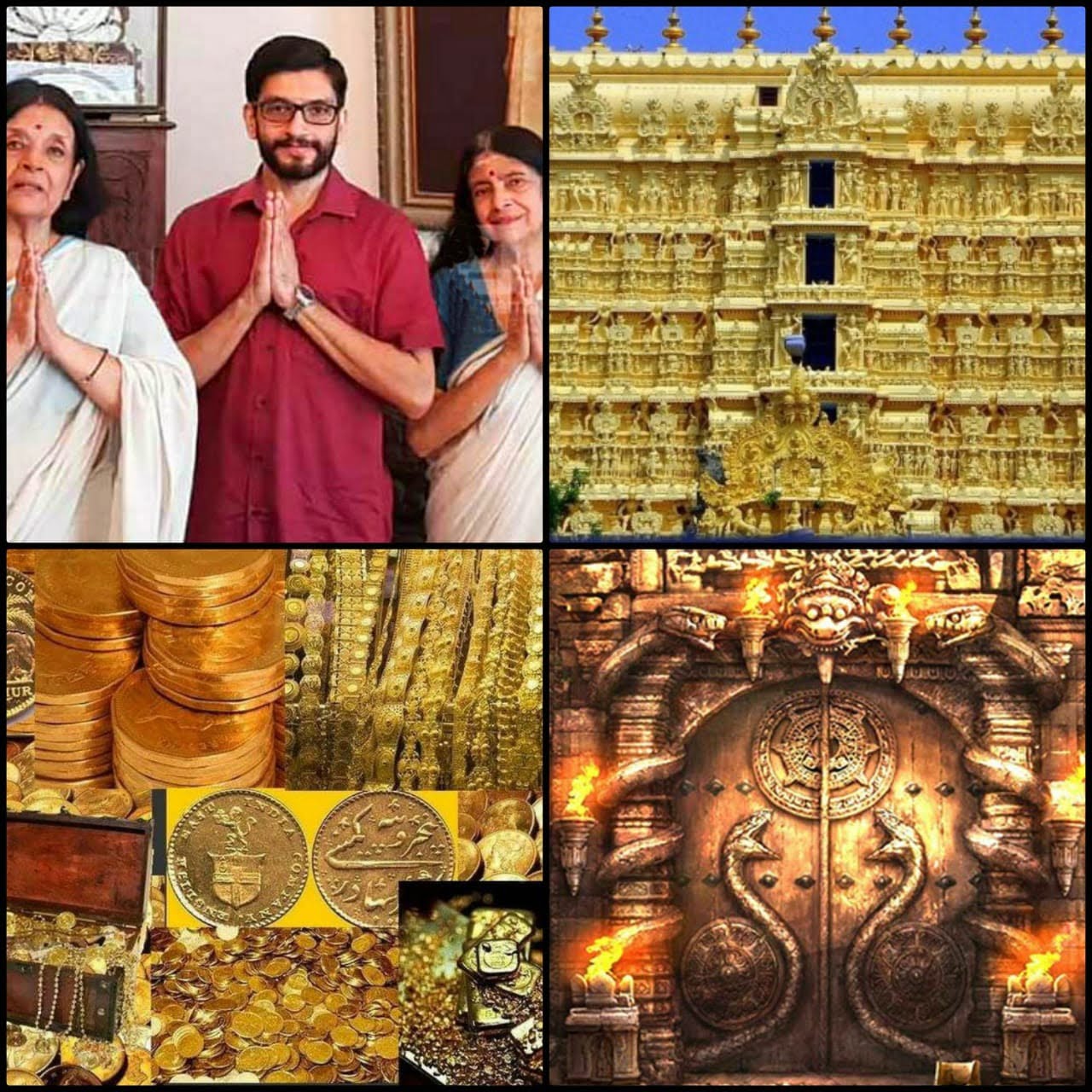 On 13th July 2020, The Supreme Court of India gave a verdict on the much-speculated Kerala’s Padmanabhaswamy Temple’s management and administrative responsibilities. Ruling over the 2011 Kerala High Court judgement, the SC handed over the control of the historic temple to the Travancore – Cochin royal family descendants. The two-judge bench of Justice UU Lalit and Indu Malhotra ordered the District Judge of Thiruvananthapuram to head an administrative committee for the management purposes of the Temple till the Royal family constitutes a final committee.

Let us take a look at both, the history of the Temple as well as the legal developments.

The history of the Temple

Raja Marthanda Varma, one of the greatest rulers of the Travancore, in 1731 constructed this magnificent structure of a temple for their family deity, Sri Anantha Padmanabhaswamy. Lord Padmanabha is believed to be an avatar of Lord Vishnu. The Lord is positioned in a reclined manner on Adi Shesha (King of all serpents according to Hindu beliefs). The Sanctum sanctorum (Garbha gudi) is divided into three doors through which the devotees can see their Lord. The temple is described in many sacred scriptures of the Hindus, including Mahabharatha, experts say.

As someone who has visited the place, I can say that the temple complex, spread over 8 acres, is truly magnificent. The Chera style of architecture was adopted during the construction of the temple, considering the local weather and wind direction. The structures of this style of architecture are usually square, rectangle, octagon or star shaped. The tall Gopuram (monumental tower) is all things spectacular. The city of Thiruvananthapuram derives its name from this temple.

Since independence, the trust run by the Royal family descendants controlled the temple. Before that the temple was under the control of the Travancore and Cochin Devaswom Boards. When the Instrument of Succession was signed between the princely states and government of India in 1949, the administrational duties of the temple was “vested in trust” in the Ruler of the Royal family. In 1971, a constitutional amendment abolished all rights and liabilities of the Royal families, including the Travancore royals, in respect of privy purse (a payment that was made to the princely states by the government as a part of their agreement to integrate with India in 1947). The matter went until Supreme Court and in 1993, the move was upheld. The last Ruler of Travancore died while the case was still pending, and he took care of the administration of the temple till then. His brother, Marthanda Varma took up the same duties in 1991. This dint sit well with the devotees as they claimed that Varma had no legal right to control the temple. The government also backed the devotees’ claim and thus the cause was dragged to a long legal war.

Varma claimed in 2007 that the treasures of the temple belonged to the royals and thus he is entitled to decide about the opening of the vaults. A lot of law suits were filed and a lower court passed an injunction against the opening of vaults. However, in 2011, the state High Court passed an order that a board should be constituted to manage the affairs of the temple. The ruling went against the Royal family and hence they decided to appeal in the Supreme Court. The case of ‘Sri Marthanda Varma (D) Through Legal Representatives (LR) v. State of Kerala and others’ finally received a verdict in the favour of the Royal family on 13th July. According to reports, the Kerala HC did not consider the Rulers of Indian States (Abolition of Privileges) Act 1972 and also the context of the word ‘shebait’ and ‘shebaitship’ as it was supposed to. It is safe to stay away from trying to explore all these legal terms and Acts more as we need an expert to explain it to us, laymen.

The mystery of the vaults

In 2009, an IPS officer, named Sundararajan who lives near the temple filed a petition in the Supreme Court demanding the opening of the vaults (mallara or kallara) situated below the Sanctum sanctorum of the temple, which was believed to contain the treasure of the Royal family. Sealed 130 years before that, the vaults were guarded by Sheshanagas (big snakes), devotees believed and said. Rajan was concerned about the security issues of the temple and that without rightful supervision the treasures could be plundered. In 2011, the SC ruled Sundararajan’s petition to be right and ordered to open the vaults, following which 5 of the 6 were opened.

The vaults are named as Vault A, B, C, D, E and F. Upon opening, it was discovered that the temple has one of the largest collection of gold and other precious stones in the world. The treasure unearthed had many valuables like gold thrones, crowns, coins, ornaments, statues and other gems like diamonds. The vaults A and B consists of exotic gold treasure. C and D has silver jewellery and utensils used for temple rituals were found in E and F. In just vault A, a three and a half feet pure gold idol of Maha Vishnu, studded with gems, 18 feet pure gold chain and a gold sheaf of 500 kg were among the many other things discovered.

Vault B, however, hasn’t been opened till date as the one who opens it will be subjected to the curse of Lord Vishnu, according to popular beliefs. It is said to have been guarded by the biggest snake of them all and if the door is opened, it is said to bring about great destruction in the world. Although, officials made an attempt to open the Vault in 2012. They succeeded in removing an iron grille and two locks, but they couldn’t remove the third one. Since then, no attempts have been made to open the Vault. Now, the SC in its verdict has said that it is up to the administration of the temple to decide about the vault. Given their record, it is highly unlikely that they will open the Vault door as they believe that doing so will harm the sanctity of the temple.

The assets discovered in the vaults are said to be acquired from people as taxes and revenue. There is an argument that the money which was taken from people should again be used for people’s welfare and not just be locked in underground chambers. The Kerala HC had earlier suggested a museum inside the temple complex where all the valuables could be displayed to the public amidst high security. Some pious devotees, including the main priest of the temple believe that the treasure belongs to the God and it should not be disturbed. All eyes are now on the Travancore Royals to see what decisions they will make about the vaults.

MINORITIES ARE THE MAJORITY VICTIMS OF MOB LYNCHING; WHY AND HOW?