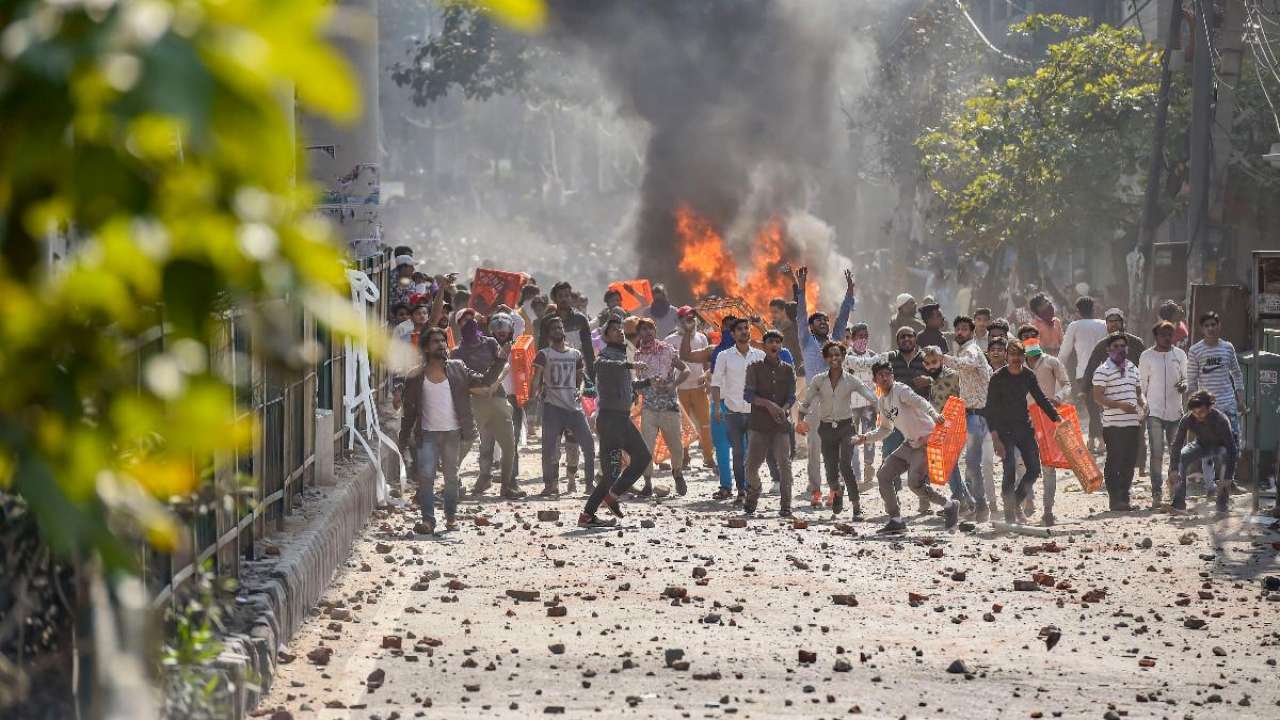 In late February, earlier this year, North eastern Delhi witnessed one of the most violent communal clashes the nation has ever seen. Stemming from an ultimatum issued by Kapil Mishra, a BJP leader from Delhi, on 23rd of the month to the Anti CAA protestors to vacate the protest site in Jaffarabad or he would take matters into his own hands, the riots claimed the lives of 53 people. Two third of the people killed were Muslims who were the primary victims of the riots. They were specifically targeted and shot or beaten up or were set on fire. A dozen Hindus, an intelligence officer and a policeman also died during the events.

The brutality lasted for three days from 23-26th February as the mobs wearing helmets came with sticks, pistols, swords, Saffron flags and ‘Jai Sri Ram’ on their mouths as they intentionally scorched and burnt the commercial establishments and houses owned by Muslims. They also destructed several mosques. It was distinctly visible that even though many of the buildings shared common walls, the Hindu owned sides were not even touched, while the Muslims living on the same streets lost everything they had and had to flee to other places to protect their lives. Responding to the violence, a few Muslim mobs attacked Hindus too, the numbers being comparatively less. A lot of men and women and innocent children are still bearing the brunt of physical and mental trauma in the days after that.

The Delhi police who were highly scrutinized for their inability to control the mobs during the riots, now, in their investigations connected with the murder of one Amir Khan (aged 30) and his brother Hashim Ali (aged 19) have arrested 11 Hindu men and have discovered a WhatsApp group called ‘Kattar Hindut Ekta’ (probably a typo for Kattar Hindu Ekta, which roughly translates to ‘Hardcore Hindu Unity). Comprising of 125 people, the sole purpose of the group was to conspire and kill Muslims and vandalize their properties and local mosques.

According to a report in Newslaundry, the group was filled with messages targeted at hating and killing Muslims, scorching their properties, demolishing masks and installing idols in their place and also contained several Anti-Muslim slurs. The group also made frequent references to Kapil Mishra, defending his actions and Rashtriya Swayam Sevak Sangha and Bhajarang Dal. Many jokes against Muslims, among which a few implied that Narendra Modi removed Muslims from Gujarat and will do the same in the entire country were circulated on the group. These aspects haven’t made to the main charge sheet filed by the Delhi police and are limited to the annexure.

The members of the group were constantly defending Kapil Mishra saying he did no wrong. He just warned the protestors to vacate the streets. They also came up with a hashtag #ISTANDWITHKAPILMISHRA for the same. Several other references were also made to him which did not make it to the charge sheet either. The name of RSS was also floating in the chat box. One such crucial reference was made on 8th February when a message was posted saying “Brothers, people from RSS have come here to support us in Brijpuri,” “Aur 9 mullo ko maar diya gya hai Brijpuri puliya pr.” (Nine more Muslims have been killed on the Brijpuri puliya)

The group has also systematically conspired and planned the riots at Puliya, where at least 9 murders were committed, according to the charge sheet. Right from planning when to disconnect electricity in the streets to posting on the group after they murdered people, the group was greatly involved. On the night of 26th February, at 11.44pm ‘Lokesh Solanki’, the main man behind the violence at Puliya had posted this message “Your brother has killed two Muslims around 9 pm in Bhagirathi Vihar and threw them into the drains.” Earlier on 25th he had also sent a message stating “Last night, I roamed Bhagirathi Vihar, Ganga Vihar, Gokulpuri, Johripur and smashed the heads of 23 Muslims.”

The group was clearly filled with messages propagating Muslim hatred. Some of the messages found were “Masjido ki bahan chodo..Jo bahar baithi thi…Mullani unhe chodo” directed at Muslim women. “Wherever you face problems, alert us by messaging in the group and all kattar Hindu brothers carry the stones to the terrace.” “Swaha ho gayi hai masjid”. Another message which frequently made rounds on the group was “Jai Sri Ram” the favourite saying of the Saffron mob.

The members of the group also constantly targeted the leaders of Congress and AAP and criticised them. They also called out the Hindu voters who gave their votes to AAP party. The group also mentions police involvement as a message from a pro CAA member after scorching a shrine at mask said “The police just came to my lane. They said we should not keep such videos in our phones,”. 40 members left the group by the second week of March. The Delhi Police have now arrested 11 members of the group including Solanki while interrogating the other members. The arrested have been booked under several sections of IPC for murder, dacoity, criminal conspiracy and rioting.

There is no further explanation that can be given on the matter as it can be clearly observed that the mob wasn’t scared of anyone and innocent people lost their lives just because the mob couldn’t stand their religion. It is a disturbing fact that in the country, which is the largest democracy of the world, people can so freely and fearlessly conspire such horrendous events. Responsibility is now on every citizen to call out communalism and fascism as and when they see it and ensure that it doesn’t further claim the lives of innocent people. Let us all chant everyday that ‘India is a sovereign socialist SECULAR democratic republic’.