THE COST OF BEING DROPPED FROM THE CHABAHAR RAIL PROJECT 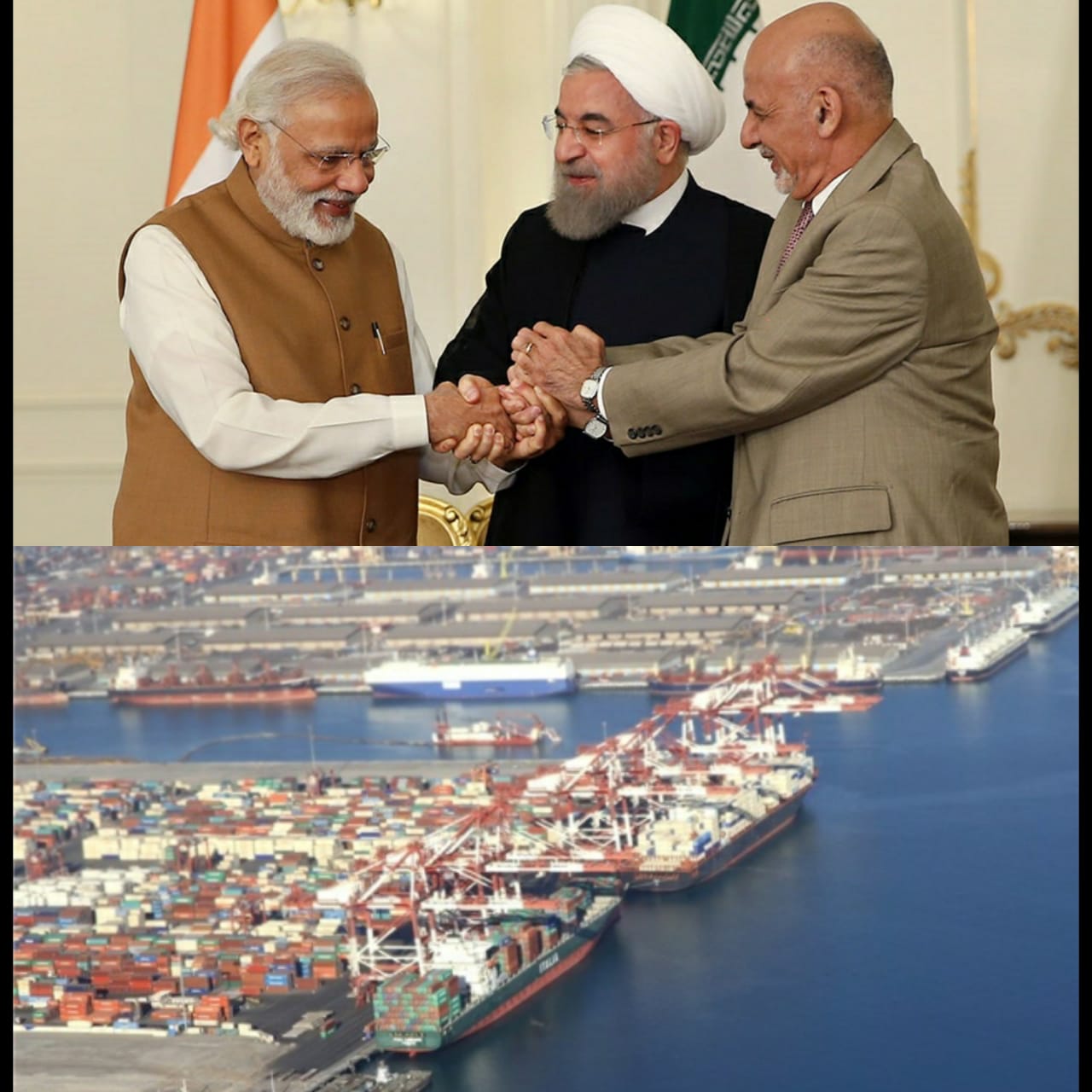 India has been dropped by Iran from its Chabahar Rail project which involved the construction of a railway line from Chabahar in Iran to Zahedan, near the borders of Afghanistan. The Iranian announced their decision to drop India as there has been a delay in funding and starting of the project by India. The project is expected to be completed by 2022 and Iranian railways will use $400 million from the Iranian National Development Fund and proceed without Indian aide. Just in the backdrop of this news, another major development involving China has taken place. Iran signed a strategic partnership deal with China worth $400 billion. The project was a part of the trilateral agreement between India, Iran and Afghanistan.

The history of Chabahar Port Project

In May 2016, a historic deal was signed by Indian PM Narendra Modi, Iranian President Hassan Rouhani and Afghan President Ashraf Ghani at the Talar building in Tehran, Iran. The three nation pact was signed to facilitate the building of a transport and trade corridor via Afghanistan. The development of Chabahar Port located in the Gulf of Oman was stated to be India’s major breakthrough to facilitate its trade with Western Asia.

The pact also entailed a railway project between the Iranian State run railway organization IRCON International and Indian Railways. The rail link from Chabahar and Zahedan which, spreading across 500 km, would connect Delhi with the Iranian rail network. India was supposed to supply $400 millions of steel rails to Iran. There was also a plan to establish a free trade zone along the port where even Indian companies could set up industries ranging from aluminum smelter to urea plants. A fertilizer plant was also slated to be established as a joint venture of both the countries.

The aim of the project was to reduce the dependency of Afghanistan on Pakistan and allowing India to have access to a better sea-land route to Afghanistan. Owing to the hostile nature of the relationship shared by the two countries, Pakistan was not letting India transport goods to Afghanistan through their territories. It would also serve as a counter plan against China’s involvement in developing the Gwadar Port in Pakistan. The deal also aimed at improving the trade connectivity between Mumbai, Moscow, Tehran, Baku and Astrakhan and other major Asian cities.

The Chabahar project enabled Afghanistan to conduct its trade activities with India without depending on the Karachi Port. As a result, post the signing of the project the trade relations between the two countries gained momentum. During the draught situation in Afghanistan during November 2017, India exported 700,000 tons of wheat to the country via Chabahar. In 2019, the Afghans exported 80 tons of dry fruits to India via the port.

In 2018, the second meeting of India – Afghanistan Joint Working Group on Development Corporation (JWG – DC) in Kabul, the two countries discussed about the importance of the port in strengthening their relationships. There were also joint developmental projects lined up in the fields of capacity building, education, healthcare, infrastructure, good governance and HR development. The project is expected to largely benefit the trade and commerce of Afghanistan and create a lot of employment opportunities.

In spite of the United States’ re-imposition of major sanctions on Iran, in 2018, India could continue working on the Chabahar project as Afghanistan’s development and economic growth are very important for US’s South Asia strategy.

What led to the dropping of India from the project?

When the railways project was signed by the 3 countries, the Memorandum of Understanding was to construct a transportation corridor between them. IRCON had agreed to provide services worth $1.6 billion which included superstructure work and financing. India was supposed to supply the steel rail lines. The project dint gain much acceleration by India as proper sanctions weren’t allocated for the project during the annual budgets. In 2019, due to nuclear tensions between USA and Iran, India slashed its budget of 150 crores to 45 crores for the Chabahar port to stay on USA’s good side. It was however stated that the remaining budget will be sanctioned as and when needs arise. However, the budget was increased by 55 crores in 2020-21 budget as the sanctioned amount was 100 crores. This was done to show to Iran and Afghanistan that Indian government is committed to the project.

Iran was worried since 2019 about India as the progress of the project from Indian side was slow. It was also difficult to get any Indian industries set up near the port as they were nervous about the US sanctions which halted India’s import of crude oil from Tehran despite US creating an exception for the Port project. India also couldn’t find enough equipment suppliers and partners as they feared the wrath of US sanctions. IRCON made a lot of site visits over the year and began their preparations for the project, while Indians never started their work. This eventually led to the dropping of India from the project. The Ministry of External Affairs has refused to make any comments.

As expected, the ruling government is receiving backlash from the Congress as well as Twitter Army. Abhishek Singhvi, the spokesperson of Congress tweeted “India dropped from Chahbar Port deal. This is the diplomacy of the Modi Govt that won laurels even without getting the work done, China worked quietly but gave them a better deal. Big loss for India. But you can’t ask questions!”

What is the deal which will be signed by China and the further implications on India?

The Strategic Partnership deal of 25 years, worth $400 billion is all set to be signed between China and Iran. The deal includes China’s involvement in the Chabahar port’s duty free zone, and an oil refinery in the neighbourhood. There might also be more Chinese involvement in the Port. Some of the further plans predicted are the investment in manufacturing, transport and other sectors of Iran by China and in return they will receive Iranian oil and gas supply. Another report suggests that the area of the Port used by India will be leased to China. The Iranian government has denied these claims. Iran has also proposed a collaboration between Chabahar and Gwadar Port and interests to China in Bandar-e-Jask port.

India’s plan to counter China’s tie up with Gwadar Port with involvement in Chabahar Port seems bleak now. By extending their control over both the ports, China might fully dominate the Pakistan – Iranian coastline which will hurt India’s trade relationships highly. Already having stopped buying oil from Iran, losing its foothold in the Chabahar port is predicted to greatly cost India by affecting our trade with the Central Asian countries. The Indo – Afghan relationship might also be adversely affected as the sea-land route might be controlled by China here onwards and import and export might not happen in full swing like before and the already existing joint developmental projects might come to a halt.

By trying to be on the good side of US, specifically Donald Trump, the Indian government lost a project that would benefit the country significantly, economically. The good relationships we shared with Iran and Afghanistan are also at stake now. While making more and more plans to overpower China by boycotting their apps and products, we are letting major deals like these slip away from our hands which would have helped us enormously in our path to establish trade independence from China. Indian government should be very careful from now on to not lose any more deals which would benefit the country by trying to be overly diplomatic.

KCET AND COMEDK ARE NOT IMPORTANT THAN THE SAFETY OF STUDENTS