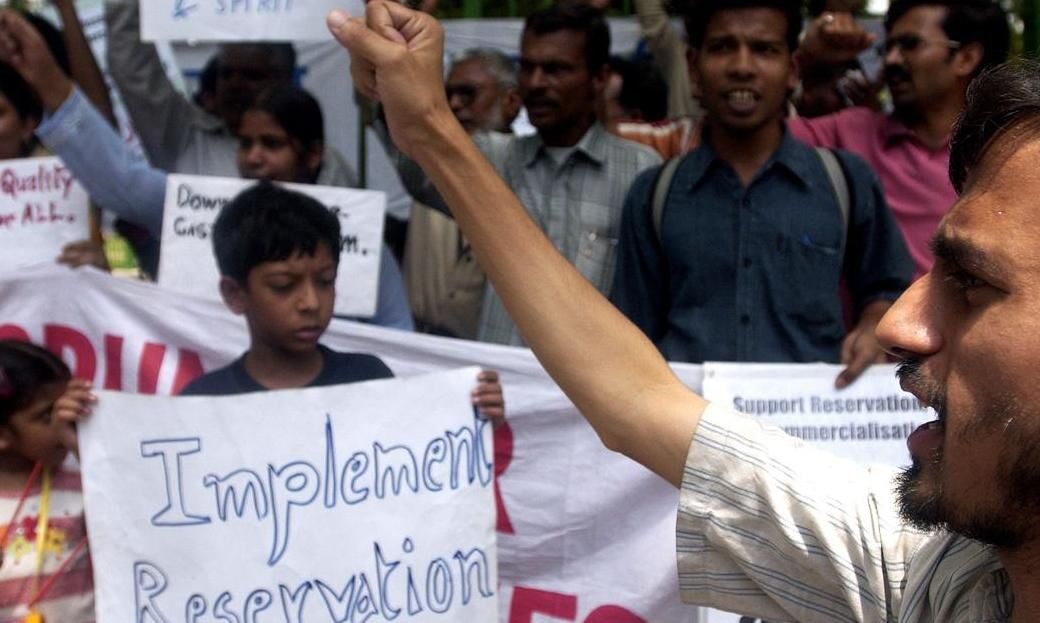 The last couple of months have seen a progression of caste agitations in the state of Karnataka demanding either more prominent reservation or to be included in some favored category of Scheduled Tribe or Scheduled Caste status.

What is intriguing is that it isn’t just traditional backward communities like Idigas, Valmikis and Ganga Mathastas but also dominant communities like Lingayats, Vokkaligas and Kurubas who are undertaking these tremendous protests.

Karnataka – once known as the princely state of Mysuru – was one of the earliest in India to implement some type of the reservation to guarantee better representation to all sections of the society.

It was the Mysuru King Nalwadi Krishnaraja Wodeyar who in 1918, more than a century ago, set up a committee and simultaneously implemented reservations for non-Brahmins.

While it is by and large accepted that the Lingayats, Vokkaligas and Kurubas are the three most numerically strong communities – in that specific order – there has not been a legitimate caste census undertaken over the recent few decades.

A feeble attempt at such a census called ‘socio-economic’ survey was undertaken by the past Congress government headed by Siddaramiah. In any case, the report is yet to see the light of the day.

The spilled discoveries of the survey indicated that the numbers of the three major communities may have been exaggerated and those of others like Muslims may have been downplayed.

After the danger of backlash from a portion of the castes, the Siddaramiah government refused to release it and though subsequently both JDS, in alliance with Congress, and now the BJP has held the reins of power in the state, they have likewise not released it nor ordered any fresh survey.

So in all reality, the numbers showed up for each caste is based on an estimate of the over three-decade -old Chinappa Reddy commission report of 1990. While all that is fine, for what reason are the caste fires being stirred up now and who is whisking the pot?

Two essential reasons, according to Hindustan Times are being adduced for the current round of agitations. One is the shrinking economic opportunity – might be temporary and related to the Covid-prompted economic slowdown – and second is the internal politics of BJP.

As per the union ministry of statistics and programme implementation, in 2019-2020 Karnataka was the second fastest-growing large state by GSDP (Gross State Domestic Product) in the country next only to Gujarat.

Be that as it may, the pandemic-induced economic constriction has implied all-around torment. Analysts believe that the shrinking economic pie and subsequent job losses have been one of the critical reasons behind the current social unrest, with various groups clamouring for a bigger share of a smaller set of opportunities.

First, it was Idigas (the traditional toddy tapping community) also called Billava and Deevaru in parts of the state who structure about 2.5 to 3 percent of the state’s population demanding that they be moved from Other Backward Classes to the SC list.

Next were the Ganga Mathasta (traditional fishermen community) who also go by different names like Bestha, Mogaveera, Koli, Kabbaliga, Madder and others, who protested, demanding that they be moved from the OBC list and be given the ST tag. This community of people is just as numerically large as the Idigas.

The Valmikis who as of now have the ST tag have sought 7.5% reservation in all jobs and educational institutions. Be that as it may, what may have shocked Yediyurappa is the demand of the dominant castes like Lingayats, Vokkaligas and Kurubas for noteworthy reservations.

In spite of the fact that the government has condemned the

the opposition for fishing in troubled waters by attempting to take political advantage of the agitations, Yediyurappa may need to look within.

Lingayats who incorporate around 99 sub-sects are believed to be around 16-17 percent of the population. Vokkaligas are estimated at between 11-13 percent and Kurubas at 9-11 percent, reported Hindustan Times.

Every one of them have rampaged to the streets with religious leaders from their respective communities leading protest marches. Political leaders slicing across party lines belonging to respective castes have likewise, also participated in these marches.

Such is the dominance of these communities that of the 22 chief ministers that have governed Karnataka till now, nine are Lingayats, six Vokkaligas, five belonged to the OBC community and there have been two Brahmins. However, Karnataka has never had a CM belonging to an SC, ST or a minority community.

Presently the largest sub-sect of the most numerically dominant and prevailing caste in the state is demanding extra reservation advantages. Panchamshali Lingayats who form about 65-70 percent of the Lingayat population are protesting on the streets. Yediyurappa, who for long has leveraged his position as the tallest leader of the Lingayat community, is trapped in a Catch-22 situation, with a chunk of the community being egged on to protest against him.

Of the nine Lingayat CMs of the state, eight were from the Banajiga sub-sect and one from the Sadr. Yediyurappa himself is Banajiga. Panchamshali Lingayats are being led by the CM’s fiercest critic in the party, Basangouda Patil Yatnal with the support of community seers demanding reservation under the 2A section.

Yatnal is no political lightweight having been a previous union minister in the AB Vajpayee government. Interestingly, for a usually disciplined party, Yatnal has not been pulled up by the BJP central leadership – till now at least – yet exclusively only by some local leaders.

This has prompted speculation whether the intra-Lingayat caste protests are being urged to sabotage Yediyurappa’s leadership of the community. It is an obvious secret that the BJP high command has been hoping to replace the 78-year-old leader and it might use the ongoing protests as an excuse to find a replacement.

Whatever might be the reason – economic plan or an internal power struggle – the beginning of summer has implied not only soaring mercury but also political temperatures on the boil, with protests by different communities just expanding.