The Allahabad High Court showcases the True form of the Constitution 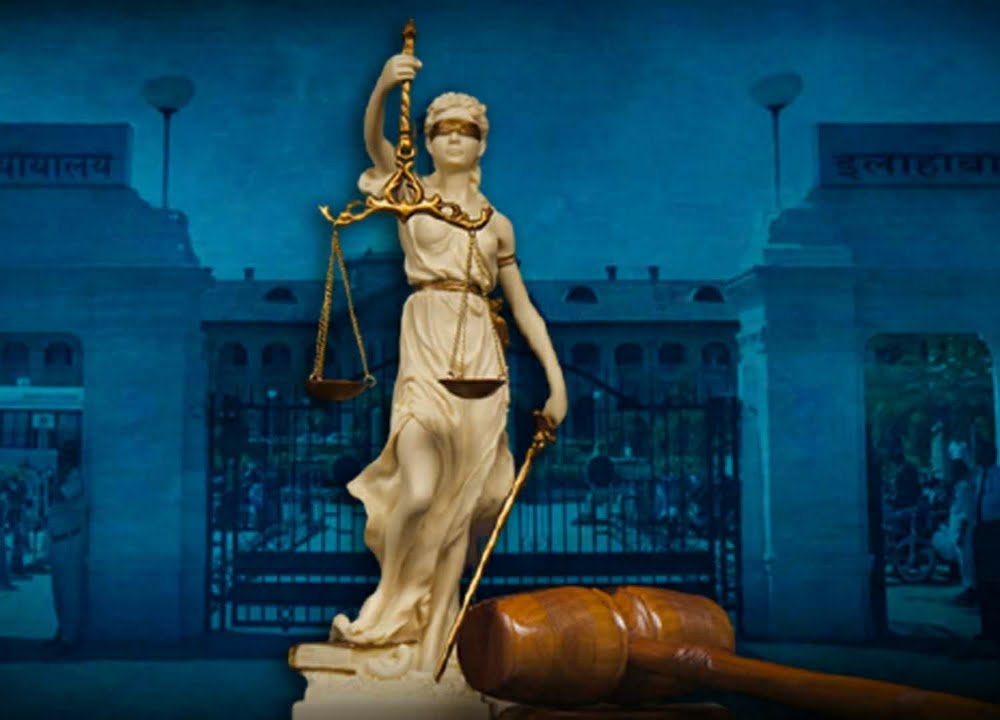 Celebrating the 72nd Republic Day of India, and honouring the date – 26 January, 1950 on which the Constitution of India came into effect, which transformed the country into a newly formed republic. R-Day symbolizes the true spirit of individual and Independent India.

As we celebrate Constitution Day, here is something that the Allahabad High Court did, and why we need to learn from it.

During a period of time when the Apex court is being criticised and brought down for failing to protect human right, and basic personal liberties of citizens, in the northern state of Uttar Pradesh, the High Court has maintained the sanctity of the judiciary, by standing true and tall, and not bowing down to the ruling dispensation. During such grim times, when hundreds of vital Habeas Corpus petitions remain unheard in the Supreme Court, Prayagraj’s High Court took the suo-motu perception when a case like the Hathras tragedy had taken place.

In November, 2020 the Allahabad HC struck a blow to the Uttar Pradesh CM – Yogi Adityanath’s need to bring in the legislation on ‘Love Jihad’. The monk turned politician wants to criminalise inter-faith marriages with this law, which also involves criminalising conversions.

The Allahabad HC stood strong, and faithful to the foundation of the Constitution, and cancelled the filed case against a Muslim man. His wife’s parents filed an FIR, after learning that their daughter married a Muslim man, and converted from a Hindu to Islam to marry him.

HW News reported that the court’s judgement said that “Interference in a personal relationship would constitute a serious encroachment into the right to freedom of choice of the two individuals,” and this judgement is considered as a principal point amid the debate on ‘love jihad’.

The court further said that they don’t see the two that is Priyanka Kharwar and Salamat Ansari just for their religions as Hindu and Muslim, but also as individuals who have their own choice, and out of their free will had decided to live happily and peacefully together. The two-judge bench further stated that the Courts and the Constitutional Courts are encouraged to reflect the liberty and life of any individual guaranteed under Article 21 of the Indian Constitution.

The Indian states, and the laws of India have a scandalous history of unjustifiable involvement in the private lives of the individuals. Under the so-called laws there exists an appalling example of the Special Marriage Act (SMA). The Act requires couples who are going to get married, to notify the marriage officers one month prior of their official marriage, and give the authority to marriage officers to publicise such a notification. SMA gives permission for any person to “object” any marriage if it (allegedly) violates the provisions of the Act. Over the years, it has been observed that these provisions have allowed hostile families, as well as vigilante groups to interfere with decisions of individuals to marry, and pressure, intimidate, and coerce those to change their minds. This is seen mostly taking place in interfaith marriages.

The issue is pretty straightforward, and basic. If two individuals have thought it through, and decided to take their love to the next level and marry each other, it is not for the government or their puppets, aka the vigilante groups to forcefully try and interfere with their choices.

Although, falling in this context, a recent judgement of the Allahabad High Court, assumes great importance in the Safiya Sultana v State of UP. The Hindustan Times reported that it was explicitly contended in the case of the continuous issues encompassing the usage of the Uttar Pradesh Prohibition of Unlawful Conversions Ordinance, prevalently known as the ‘Love Jihad Law’, the provisions of SMA required legitimate understanding.

It was observed by Justice Vivek Chaudhary that SMA had been passed in 1954, it was hence important for the court to assess whether the legal and social landscape had changed in the intervening years. Depending on a Law Commission Report that has seen that SMA’s notice requirement prompted “high handed or unwarranted interference”, which frequently appeared as social harassment and boycotts, and on various Supreme Court decisions that had emphasised the significance of individual privacy, and autonomy in questions of marriage, he held that the Constitution authorized “personal liberty and privacy to be fundamental rights including within their sphere right to choose partner without interference from State, family or society.”

In these circumstances, Justice Chaudhary ordered that the social interference that was sanctioned and facilitated by the notice requirements of SMA, should be voluntary and not mandatory. Simply meaning, that if a couple who were marrying under the SMA Act did not desire to have their details to be made public, they could not be forced or compelled to do so.

SMA’s notice requirements are not new, as the court perceived that they were present when the original SMA was initially introduced in 1872. But these notice requirements have also formed the baseline of the infamous ‘Love Jihad’ ordinance, which goes ahead to empower the police to investigate into the authenticity of a religious conversion.

Apart from this, what is of utmost importance is what they signify, notice and reporting requirements convey a message to the country that choices of the most intimate or private character, is not upon the individual to make, but rather should be sanctioned by society, which in pragmatic terms, means the dominant members of society.

In reality, they leave individuals, and inter-faith couples with a stark choice, either to face the possibility of social persecution and violence, or give up your freedom. These are clearly not choices an individual looks forward to in a constitutional democracy, nor should they be choices that citizens are asked to make.

The Pandemic Deepened the Claws of Inequality

Over 40% of Adults associated with more than three risk factors for NCD: Survey