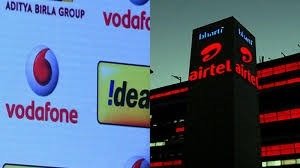 All the telecom firms that operate in India pay license fees and other charges to the Department of Telecommunications (DOT) as per the regulations and the norms laid by the government. Though they were supposed to do this on October 24, 2019, SC upheld the DOT’s definition of AGR and agreed to the migration packages because they were liable to pay the dues. Apart from approving a relaxed payment schedule to pay the dues, SC verdict will also seal the telecom companies. The industry is eagerly waiting for the Supreme Court judgement regarding the adjustment on gross revenue that is expected this week. Besides this, the payment of the Adjusted Gross Revenue (AGR) dues is likely to seal Vodafone Idea’s future. The argument and the judgement are still on its way.

The company, which is undergoing losses, will decide their future actions once the Apex Court announces the decision on the matter. The telecommunications department has announced a 20-year payment timeline of the AGR dues, which was rebutted by the SC. “It completely depends on the Apex Court. If it decides on 15-year repayment tenure, it would be a grave challenge for the debt on VIL (Vodafone Idea Limited). The repayment of the expenditure would require higher tariffs, cost savings and equity capital infusion. But most of the financial bodies are ready to refrain from lending huge amount” said Sonam Chandwani, the Managing Partner at KS Legal & Associates.

On January 17, 2020, the Supreme Court rejected the pleas by Vodafone Idea, Bharti Airtel and Tata Teleservices. It was done to review the October 24th verdict in which decision was made about the Adjusted Gross Revenue (AGR). Collectively the three tele companies are facing almost Rs1.02 lakh crore with additional license fees, spectrum usage charges, penalties and interest. The Apex Court bench head justice Arun Mishra said, “The review petitions and the connected papers did not give a reason, or the evidence to entertain he review petition”.

Analysts and industry experts said Vodafone Idea and Bharti Airtel are supposed to file curative petitions. Since this debt issue, Vodafone Idea with over 300 million users do not have the financial stability to pay the AGR related dues that is over Rs 53,000 crore to the government.

However, the telecommunications companies with over 280 million users were in shock as the tariff was hiked by 30 % in December. But it is believed that it will potentially help the strong user’s subscribers. Moreover, some of the experts feel that 20-year period in the refund of the payment may help VIL survive if tariffs increase and the companies succeed. However, gaining back the loyalty and the trust from the customers is going to be a huge challenge for some time. Later both Vodafone & Bharti Airtel sought a 15-year timeline for the payment. SC is likely to take the final decision.

The Supreme Court extended the payment timelines as it was requested by the DOT and the court had directed the telecommunications companies to pay 10% of the total AGR that are due by March 31, 2020 followed by the installments between 2021 and 2031. Though the tele companies sorted out the reviews, the case was dismissed by the Supreme Court on January 23, 2020. But it has to be kept in mind by the companies that the payments are to be done by on or before February every year and if they fail to pay it will lead to addition of interest.