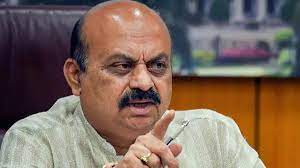 Bengaluru:  The cabinet headed by CM BasavarajBommai is geared up for an all-party meeting in regards to concluding the ongoing water dispute. CM confirms that the All Party Meeting will be held in the first week of February in Bengaluru to discuss and round off the Inter-State water dispute.

Prior to this announcement of all party meetings, CM Bommai clenched a brief dialogue with members of the legal team representing the state in the supreme court, Advocate General, and Senior officials of the law and Water resource department. Bommai discussed pending cases in the supreme court with respect to Krishna, Cauvery, and Mahadayi predictions.

In preparation for the all-party meeting in February, CM Bommai said he would call for a video conference with the state’s legal committee and irrigation team to have a better and more in-depth understanding in January end. With all the necessary precautions and preparation, we will host the all-party meeting which consists of leaders of political parties belonging to both the houses of Legislature.

“We have loaded clusters of challenges in the past with respect to the Inter-state water dispute. Our Legal Committee and Irrigation team are ready to fight legally and politically to safeguard the state’s interest in water sharing” Bommai asserted. I strongly believe this meeting will draw a conclusion for all the confusion and unclear information about the Interstate water dispute.

In the meantime, KPCC working president MLA Ramalinga Reddy confronted that the State government must pressurize the central government to get the necessary clearance required to implement the Mekedatu project which is estimated to provide drinking water for crores of people in and around Bengaluru.