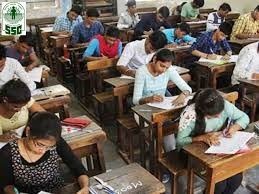 #SpeakupforSSCRailwaystudents and #SSCDeclareCGLresults have been trending on Twitter today (1st September) as railway jobs aspirants who have written their exams for the same and are waiting for results are frustrated with the delay in the process. The main reason behind the online movement is the delay in the declaration of results of SSC CGL Tier 3 2018 exams held in 2019, for which the notification was released in May 2018 itself. Another reason being the delay in conducting the RRB NTPC 2019 and RRB Group D 2019 and other railway RRB exams, for which the notifications were out in March2019. After a year and a half, there is still no confirmation about the dates of examination. More than 1 crore students had applied to these Railway recruitment exams for 1 lakh vacancies.

The global pandemic has changed the normal routine either of people because of which the SSC exams have also been postponed in some states while in some states it has been cancelled. The government was confused whether to conduct the exam or not. This has led to a student outrage on the social media site.

Staff Selection Commission is one of the largest recruitment bodies by the Indian Government. It is conducted to recruit people for various posts for the government. Just because of its renowned and covetous posts, people rush around to sit for this examination. Annually, around 30 lakhs candidates fill the application and half of them get to appear for the examination. It not only conducts exam but also take interviews for the ranked candidates. The appearing and the qualified number has a huge difference. The job ratio of the selected aspirants is around 1:150. Many aspirants try their best to succeed in this exam for getting a reputed job but not all end up getting the same.

Back in 2017, when the SSC exam paper was leaked, Supreme Court asked CBI to file a report on this and on April 1, 2017 the Apex Court allowed the SSC to combine with graduate level. But it was said by the top court that many people had to suffer because of this. After the hearing of the session on 11th April, Chief Justice Mr Ranjan Gogoi looked into the matter. Hence, it led to the protests of the job seekers who were aspirants of SSC for a quite long period of time. In 2018, the apex court declared the results of CGL & CHSL examinations. The 2017 exam was cancelled instead of conducting a re-examination as the centre said, “the paper leak was extremely localised”. The SSC then combined into a four-tiered system that would include computer based, descriptive papers and a computer proficiency test or skill test. The government and the SSC made some strict decisions of not letting the exams go easy.

Addressing the aspirants in the press conference, then Union Minister had assured that steps will be taken with benefits for the job seeking youth. In a historic decision, the cabinet approved to conduct the railways and the SSC exams for helping the youths of the country.

Previously the exams were only in English language, but post 2018 candidates can give exams in 12 different languages. The railways and the other government exams are now held together and not separately. “It is the landmark reform in the history of independent India” Union Minister Jitendra Singh had said then. From then, once the results are out, the merit list will be valid for three years so that the candidates can apply for jobs in different sectors.

Owing to this pandemic and keeping in mind the social distancing norms, SSC exams will either get cancelled or postponed. The aspirants have been waiting for the dates to be announced by the authorities. The Commission and the authority have been looking after the situation of the rising COVID-19. After the government extended the lockdown, in the month of May the date of the examination got postponed. Keeping in mind the situation and the number of aspirants this year, the commission had decided that the decisions will be taken accordingly after timely reviews. Earlier it was decided to release the date, but the pandemic stopped from declaring it. The lockdown restrictions on the transportation have made it even more difficult to conduct the examination.

To avoid these kind of issues the SSC commission had decided to conduct the exam after the completion of the lockdown or when the transportation resumes. Telangana, Maharashtra and many other state governments have cancelled the exams and declared that the students will be promoted on the basis of their internal marks.

As per the latest reports, the SSC has declared October 4th as the tentative date for declaring the results of the SSC CGL 2018 exams. They have also said that the results of the Junior Engineer paper 2 exam, which was also conducted in 2018, will be released on the 21st of this month and paper 2 exam for Multi-Tasking (Non-Technical) Staff, notified in 2019, will be declared on 31st October.

There are still speculations about the conduction of the RBR 2019 exams in October and November of this year, however there has been no confirmation. While the JEE and NEET students are protesting to give their exams amidst the pandemic and have no choice but to write, the SSC students want to give their exams, but there seems to be no confirmed dates. Speak of the irony!