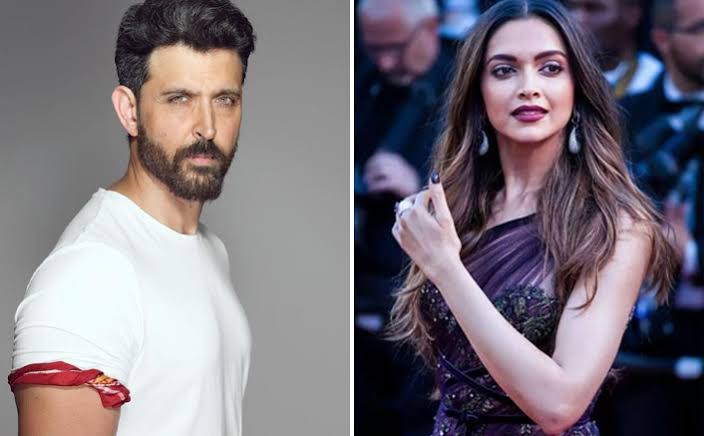 Siddharth Anand’s “Fighter”, starring Hrithik Roshan and Deepika Padukone is in the pre-production phase, all while the filmmaker celebrates the second anniversary of his blockbuster action-thriller War which was released on October 2, 2019. Fighter is India’s first aerial action franchise, and revolves around the Indian armed forces. It is said to be big budget entertainer for Indian and international audiences.
Siddharth Anand launched his production house Marflix with Fighter, which has Hrithik and Deepika playing a couple of ace Indian Air Force pilots.
“Deepika will be seen doing lots of actions together with Hrithik. You will see both performing action as both are part of the same team. It’s refreshing that a film that is so organic for the hero and heroine to do action. Upping the ante in the action with Hrithik and her is a big challenge for me, especially after War. With Deepika joining Hrithik, we have to raise the scale of action.”

Siddharth admits candidly that the expectations are high for Fighter after War turned out to be a huge blockbuster, grossing over 300 crores, in India alone.
“But I am highly motivated because there is no benchmark yet in a Hindi film for a movie like this so whatever we do should create that benchmark. It’s not important to get Hollywood technicians for designing the action etc. We have very talented ones here. It depends on what we need and I would love to work with our Indian talent and raise the bar with our people. Fighter is rooted in its theme, story and language. It’s about the Indian Air Force, so we have kept the action realistic, believable and yet what I call as ‘heightened reality’ which will appease every fan of Deepika and Hrithik.”
The shoot will begin early next year in India.
“We are not in a hurry. We just want to give the audience an experience that will blow their minds and justify them coming back to the theatres. We plan to shoot the film in India in the first quarter of next year as it’s a big film and needs to be planned and executed in a proper way.”

Siddharth says that he is excited to be working with Hrithik again for the third time in Fighter, after Bang Bang and War. “I would always dream of working with Hrithik Roshan. It was an aspiration for me that I have to step up my game and earn that right to take a film to him. For me, he is an embodiment of a complete film hero. That is no role that you cannot take Hrithik in, as a director. He is so good-looking, yet he transforms himself completely into the character that he portrays.”
Siddharth talks about the interesting changes in Hrithik’s style of acting over years. “It’s about how he approaches his characters. In Bang Bang, he was a stickler for perfection, while in War, he wanted to see imperfection – whether it’s the grey in his hair or T-shirt not tucked in properly or his laces not tied or hair is a mess – he is not bothered. Hrithik tells his team that he doesn’t want them to correct things as he doesn’t want it to be perfect. I do lots of ads with him and today he believes that imperfection is what makes you perfect on screen. Hrithik lets go and becomes just organic to the character. The fact that a director is adding to his role and taking it beyond what he can do as an actor makes him trust the director more. Fortunately, we have made a good team till now.”
The filmmaker also praises his other hero in War – Tiger Shroff. “We first interacted on Rambo before War and I observed in him a wonderful attitude towards the profession of acting – which set him apart from anybody that I have worked with. Tiger is only focussed on one thing – to become the biggest star in the world and that hunger supersedes everything. For him material things don’t matter – only love for his craft does and believe me, his hard work will pay multiple dividends in the years to come. No director has tapped the potential of Tiger Shroff. I am so hungry and greedy to do that with him in a film. War is just the tip of the iceberg – Tiger Shroff will explode on the big screen in the years to come!”