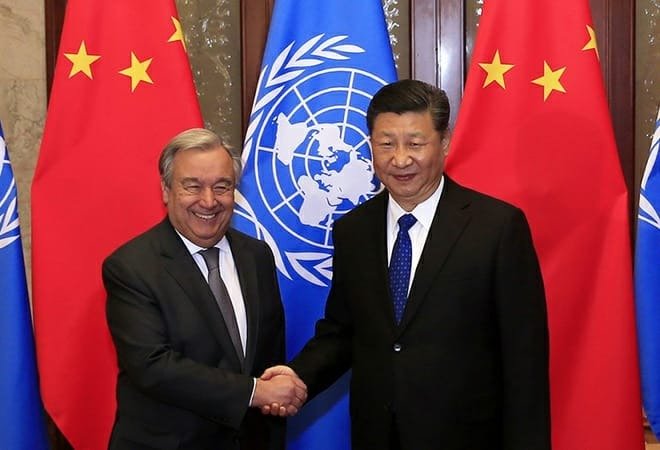 In an interesting turn of events, the United Nations (UN) has appointed a Chinese official as a judge to settle international disputes on the sea. Duan Jielong, the Chinese ambassador, has been elected as a Judge to the International Tribunal for the Law of the Sea (ITLOS). The Tribunal is an independent judicial body based in Hamburg, Germany. It was established in 1996 under the United Nations Convention on the Law of the Sea (UNCLOS).

It settles disputes on the interpretation and application of the convention, and 168 countries are party to this convention. The convention elects a 21-seat tribunal. Elections to seven seats were held recently, and Chinese ambassador Duan Jielong was elected to one of these seats, and his term starts on October 01.

It is ironic as Beijing’s track record speaks of violating the laws of the sea more than any other country. It boycotts court hearings on maritime disputes and does not accept international verdicts.

In 2016, the Permanent Court of Arbitration in the Hague held China guilty and said that China has violated the sovereign rights of the Philippines in the sea. China declared the decision as illegal, null and void. Presently China is at odds with six countries in the South China Sea: The Philippines, Brunei, Indonesia, Malaysia, Taiwan and Vietnam. It has also engaged Japan in the East China Sea.

China began claiming the Spratly islands as early as the 1970s and has increased the size of some islands. It has also created around 3,200 acres of new land in the Spratly islands since 2013. It has militarised the Paracel islands and created 27 outposts in the Woody islands.

China regularly carries out military drills in the sea, but now will also sit in judgment of others. Chinese Foreign Ministry spokesperson, Zhao Lijiang, said, “I believe the judges-elect will do their duty justly and contribute to the court.”

This tribunal has received 28 cases since its establishment. Recently, a Chinese vessel trespassed Japanese waters. Similarly, Vietnam is considering legal action against China for trying to grab Vietnamese land. But now even if Japan or Vietnam consider moving this court one cannot overlook the fact that china is the perpetrator and an employee of the Chinese government will decide if China is guilty or not.

By quoting this issue a larger question comes into play. Has the United Nations lost its relevance? Is it time to overhaul its structure and functioning and pave way for a more proactive organization? Not just this but there have been serval such incidents where the legality, power and influence of United Nations has been questioned. Be it the Israeli occupation, Somali civil war, Cambodian violence, Civil wars in Yemen and Sudan, Cold war between china and US, Rohingya crisis or many more.

One of the administrative reforms that can be taken up by the UN can be the regulation of the role of its elite countries. The UN Security Council has become an elite exclusive private members club where their decisions are considered as final and rapid expansionism goes unchecked. This must be changed where other countries are also included.

Above all this all major decisions of legislator, executive and judiciary are decided by UNSC which defeats the very purpose of formation of UN. The general assembly and other branches are like a hollow candy created to appease other nations while elite countries enjoy and control the power.

Each country present in the UNSC has an exclusive veto which completely halts any actions or decisions taken by UNSC to combat situations in turn delaying the process of quick solutions. This needs to be addressed by either restricting the power of veto or by incorporating new guidelines or including new countries to vote.

Apart from these the United Nations also has come under heavy criticism for scandals, corruption charges and abuse of power. Considering the recent shifts in geopolitical scenarios it can be concluded that the United Nations needs a major overhaul and must become more proactive to effectively impart globalization and foster mutual development and cooperation to bring out a unified front to tackle problems.

References – wion world is one