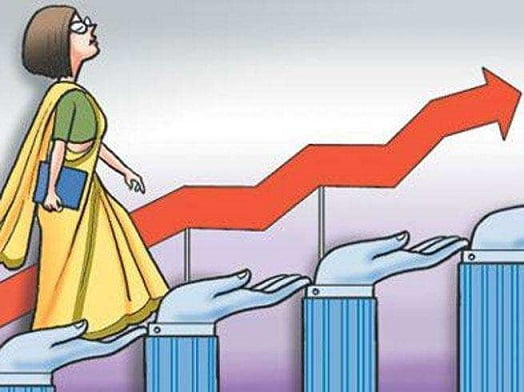 Imagine working long hours, seven days a week, 365 days a year, without with ability to simply ‘log-out’ or take ‘sick leave’. Well, you’ve just imagined the life of a housewife, who works tirelessly, completing several household chores a day, sometimes, even at the same time, for no pay at all. They Organization for Economic Cooperation and Development (OECD) conducted a study that revealed women put in 4.3 to 5 hours more on unpaid labor than men, who send most of their free time sleeping, eating or relaxing.

A common anecdote you’ve probably heard is about how, if a man cooks, he’s possibly a chef (with a salary), but if a woman performs the same act, it becomes her job, one she’s most definitely not paid for.

Although the hard work a woman puts into running a home is often called the ‘labor of love’, efforts have been made to monetize their work.

The International Wages for Housework Campaign started in Italy in 1972 under Selma James. It was based on the premise that housework was the basis of industrial work and should be monetized. The movement further spread to Britain and America. Silvia Federici, among the founders of the movement, in her book ‘Wages Against Housework’ wrote, “To ask for wages for housework will by itself undermine the expectations society has of us, since these expectations, the essence of our socialization, are all functional to our wage less condition in the home.”

In 2014, Giulia Bongiorno, an Italian lawyer and ex-parliamentarian, proposed that homemakers should be paid a salary to address the debate on domestic violence. She argued that most women stay in abusive relationships because they don’t have a way out, as they are financially dependent on their partner.

In 2006, Venezuela began to pay homemakers 80% of the minimum wage (approximately $180 per month). Though it is a modest sum, it has been helping women in the country.

In India, in 2012, Krishna Tirath, the then Women and Child Development minister, considered a proposal that the work of a homemaker be quantified and remunerated by their spouses. This argument however had flaws and received flack. It insinuated that the onus of payment fell on the spouse, indirectly making him owner/boss. Additionally, the proposal reflected the stance of the state in shrugging its own responsibility in the matter.  Besides, making it mandatory for the husband to deposit a portion of his salary in the wife’s account wouldn’t essentially increase the household income.

In Present times, what does Kamal Haasan Have to Say?

MNM party lead, Kamal Haasan addressed and recognized the work women perform on a daily basis for not pay, and here’s what he has to say. “Housewife itself is a big job and should be paid commensurately. Paying housewives for doing their job is an idea whose time has truly come and we shall ensure it,” he said. Among other promises, he assured housewives would receive payment for the work they perform at home, computers and high-speed internet (100 mbps and above); if voted into power in the 2021 Tamil Nadu assembly elections. He also stated that his party would work towards women empowerment through education, employment and entrepreneurship opportunities. “Women will break through established glass ceilings by the equal opportunities provided to them by our MNM government.”

The pros when it comes to Kamal Haasan’s proposal are several. If this becomes a reality, it will encourage and empower women. It will also give women a sense of accomplishment and a slightly higher position in society, as we live in a country where money determines the position one holds in society.

Additionally, this will also guarantee women purchasing power as they will be earning their own money. It will increase liquidity and also contribute tremendously to the GDP of the country at large. This will also impact the exchequer, but to ensure the exchequer is not negatively affected, a detailed and organized budget must be laid out.

A section of society strongly feels that monetizing women’s household work will further imprison women within the household and not necessarily give women an entrepreneurial boost as Kamal Haasan promises. It is also possible that this policy may isolate women even more and dissuade men from sharing in the burden of housework. Activists also argue that the aim should be to free women from the burden of the daily drudgery of household work. Women must be able to participate in paid employment, outside the four walls of the house.

Additionally, this proposal raises the question of whether this payment is only for full-time home makers. There are a huge number on women who manage to run a home along with working outside the house as well. There are also women who earn a small sum of money by tailoring clothes, preparing tiffin, taking tuitions, etc. These women identify as house wife too and it is unclear whether Kamal Hassan’s policy will be applicable to them as well.

Another question arises about how a price will be put on household chores. Domestic workers and trade unions in Tamil Nadu have criticized the proposal and said there is no mention of hourly wage, a weekly off, annual bonus and a protection of their bodily anatomy at the workplace; and have demanded the same.

Who Stands for and against Kamal Haasan’s Proposal?

Women across the country stand in support with Kamal Haasan and his proposal to monetize a home maker’s job. For years now women have been insisting that domestic work be factored into the GDP of the country, as they believe tiring, thankless and unpaid work is an atrocity. Shashi Tharoor too supported this proposal and got into an altercation about the same with ‘Queen’ of Twitter debates, Kangana Ranaut.

Ranaut tweeted, “We don’t need salary for being the queens of our little kingdom at home.” It is clear that this comment comes for a position of privilege. Ranaut uses the word ‘we’, that places her in the same category as women across the country. However, this isn’t the case, being a Bollywood star and having a source of income doesn’t make her a proponent of women everywhere, who in most cases do not have a stable source of income and most certainly not treated as ‘queens of their kingdom.’ Tharoor replied to Ranaut’s tweet saying, “I’d like all Indian women to be as empowered as you.”

In conclusion, this step taken to recognize house work as a salaried profession is a step in the direction of equality and empowerment for women. The Thiruvananthapuram MP had added that the step will recognize and monetize the “services of women homemakers in society and enhance their power and autonomy and create near-universal basic income”.