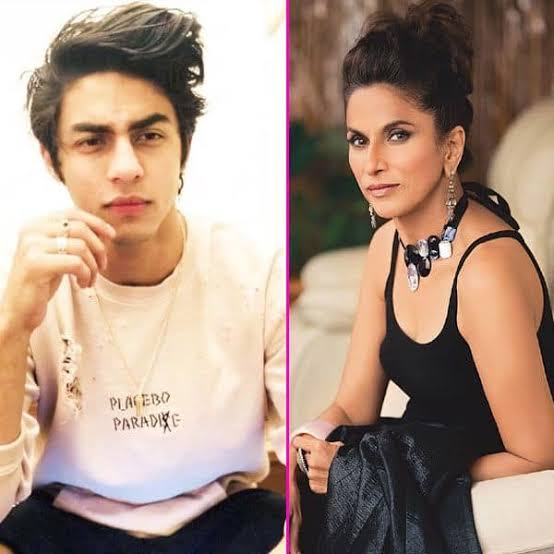 The arrest of Aryan Khan, Shah Rukh Khan’s son, in a drug case has been making rounds and creating chaos on the internet. He has been sent to Narcotics Control Bureau (NCB) custody till October 7 in the drugs case.
Aryan, along with at least 10 others, was rounded up and arrested at various times on Sunday-Monday in the NCB’s first-ever raid on a luxury ship, the Cordelia Cruises, as it was preparing to lift anchor for a fun-filled two-night gala voyage to Goa with around 1,300 affluent passengers on board.
According to information, the NCB officials had received a tip-off about the party. Moreover, on Sunday, after being produced in the court, Aryan was arrested in connection with the cruise rave party. A video clip of a dazed Aryan sitting on a bench inside the agency office in south Mumbai emerged on Sunday evening. Amid this, many actors from Bollywood came forward and showed their support to the superstar.
At Monday’s court hearing, during one heated moment in the arguments, Aryan’s lawyer Satish Maneshinde even said that it was not as if “Khan (Aryan) was selling drugs in the ship, if he wants, he can buy the ship”.

Shobhaa De, known author and columnist, shared her thoughts on the arrest and the scenario behind it as she spoke to NDTV, saying, “It is very indicative of something far deeper that needs to be investigated more thoroughly and because it is such a high profile arrest today, it is generating that kind of sensationalistic pleasure in seeing whether Aryan Khan is going to be, actually, how he is going to be arrested, what statement is he going to be signing, all these things have gone viral has everything to do with his public profile as the son of Shah Rukh Khan. But, that the problem is very much there and has been addressed, maybe perhaps not strongly enough, there was no follow-through after the Sushant Singh Rajput incident. This is the second such incident, which should act as a wake-up call. What we have to remember to start with is that, it’s the most important thing, whether it’s Shah Rukh Khan’s son Aryan Khan or anybody else, the legal process is being followed, they are the citizens of the country like everybody else.”
She further said that NCB Zonal Director Sameer Wankhede, who is the officer in charge, has been known for his reputation and for being a tough, uncompromising cop.