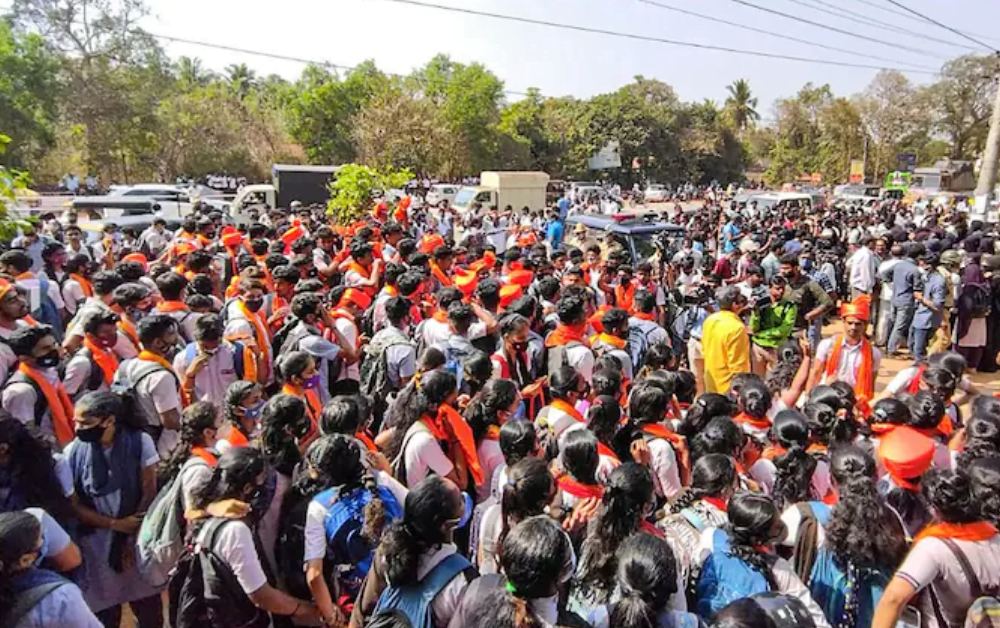 K S Eshwarappa, a senior BJP politician and Karnataka Minister for Rural Development and Panchayat Raj, stated on Wednesday that the ‘Bhagwa dhwaj’ (saffron flag) may become the national flag at some point in the future, amid mounting uproar against the wearing of the hijab in government universities.

“Hundreds of years ago the chariots of Sri Ramachandra and Maruthi had saffron flags on them. Was the tricolour flag there in our country then? Now it (tricolour) is fixed as our national flag, what respect it has to be given, should be given by every person who takes food in this country, there is no question about it,” Eshwarappa said.

He answered, “not today, someday in the future,” in response to a reporter’s inquiry about whether the saffron flag might be hoisted atop the Red Fort.

“Discussions are today taking place in the country on ‘Hindu vichara’ and ‘Hindutva’. People used to laugh at one point when we said Ram Mandir will be constructed in Ayodhya, aren’t we constructing it now?

“We are the people who hoist the saffron flag, not today some time in the future Hindu dharma will come to this country at that time we will hoist it on the Red fort, for now tricolour is our national flag, there is now doubt about it and we all respect it,” he added.

Eshwarappa was replying to state Congress president D K Shivakumar’s charges that students flew a saffron flag in place of the tricolour during an anti-hijab rally at the Government First Grade College in Shivamogga on Tuesday.

Eshwarappa, a Shivamogga native, called Shivakumar’s assertions a fabrication and accused him of attempting to create a divide between Hindus and Muslims.