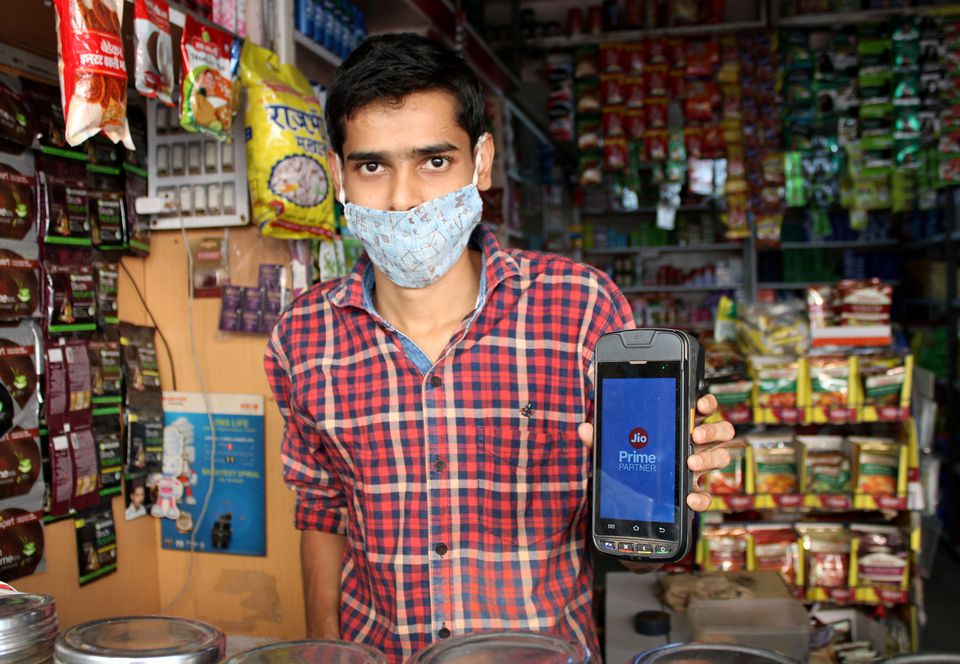 The multinational conglomerate, Reliance, has been deeply entrenched in our lives. The company has entered various sectors; right from petroleum to telecom to grocery retail. The company has disrupted many old players that have existed for many years and have forced them to become more innovative and competitive. However, there is one sector or to be more precise one area of the workforce that has been threatened so much that 450,000 people will lose their jobs due to Reliance’s JioMart. Reliance had entered the retail sector through JioMart. The company could easily reach the small corners of the country through its subsidiary. The salesmen whose jobs are threatened by JioMart have warned that they would disrupt supply lines to the local kiranas.

JioMart is an Indian e-commerce business that began as a joint venture between Reliance Retail and Jio Platforms (both are the subsidiaries of Reliance Industries Limited). When it first began the company mainly focused on grocery deliveries. However, it soon began to expand to fashion, home essentials and lifestyle products. JioMart’s headquarters are currently located in Navi Mumbai, Maharashtra.

Its platform was soft-launched (on a small scale to get some feedback about it) in December 2019.  A few months later, it had a small pilot launch in a few select areas of Navi Mumbai, Thane and Kalyan in April 2020. Soon in May 2020, JioMart expanded to almost 200 towns and cities in India and it had crossed almost 10 lakh downloads for its mobile app.

JioMart not only caters to the consumers but also to the various kiranas that it has partnered with. According to the Mint, JioMart provides a deep discount of 15% to the kiranas store owners. This discount could not be matched by the traditional salesmen who have been going from door to door to sell consumer products on the behalf of different consumer companies. Moreover, according to the Mint, a salesman named Vipresh Shah of Sangli had suffered a loss of nearly $2000. It was reported that he lost his money as he discounted products to match the prices that were offered by JioMart. The salesman further adds that before the entry of JioMart, he was living like a prince when it came to distribution. Furthermore, the kiranas who seem to be turning to JioMart have been influenced by the service that Reliance provided through it.

Through JioMart, Reliance has promised delivery of products within 24 hours along with training on how to place orders, credit facilities and even free product samples for the affiliated kirana partner stores.

Due to this, salesmen representing various consumer companies such as Reckitt Benckiser, Unilever and Colgate-Palmolive have reported that their sales have dropped by 20-25% in the last year.

According to Reuters, due to JioMart, 450,000 salesmen will lose their jobs or businesses in the upcoming months. Quoting this Reuters’ report, the All India Consumer Products Distribution Federation (comprising of 400,000 members), has written to various consumer companies that they have to get the same playing field. They demanded that they should get products at the same prices as other big corporate distributors such as Reliance.

According to the Hindu Business Line, the salesmen association has threatened to stop all distribution to the kirana stores. Moreover, they have also stated that they will not supply any newly launched consumer goods if the partnership between JioMart and the kirana store owners continue beyond January 1st.

The Hindu Business Line further reported that the association has decided to call a ‘non-corporation movement’. The association’s president, Dhairyashil Patil, said that they had sent a letter to 23 consumer companies including HUL, Colgate and Reckitt.

It is further reported that the kirana business in India accounts for $700 billion out of the near $900 billion retail markets in the country. The Hindu Business Line reports that almost 300,000 kirana stores across 150 cities order from Reliance. Furthermore, Jefferies (an investment banking firm) estimated that kiranas will increase their share of procurement from Reliance at the cost of traditional distributors. Jefferies further predicts that by 2025, Reliance could ramp its sales to $10.5 billion from the current $200 million in 2021-2021.

These salesmen do play a vital role in distributing consumer products. However, various companies have to provide enough support to the salesmen if these companies wish to compete with Reliance or any other retail distribution companies. Moreover, not just 450,000 salesmen will be affected by this but also their families who are solely dependent on them. Only time will tell how successful will the ‘non-corporation movement’ will be.

References: The Hindu Business Line, Reuters, Wikipedia and the Mint.