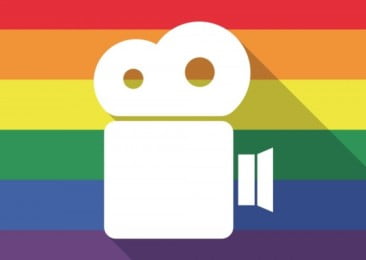 In 2018, when Section 377 was scrapped by the the Supreme court of India, it was a major coup for the LGBTQA+ community, as it took almost 160 years to abolish a rule that existed since British colonialism.
Issues of the LGBTQA+ are relatively new to Indian society, and to many it persists to be a taboo; conversations on the community are treated scandalous, controversial and unacceptable.
Having said that, there are also people who have started to understand and become a pillar of support for the community.
To a certain extent, this change in perception can be attributed to the representation of LGBTQA+ in the Indian films.
We often talk about the number of times Indian films have misinterpreted LGBTQA+. Some of the most common films, which are often part of the discussion are; Chandupottu (2005), Dostana (2008) or Mastizaade (2016), and the list goes on and on. All these films have used the community merely as a tool for “comedy.”
For a change, let’s talk about films that have rightly portrayed the community, and handled the subject with utmost care and sensitivity. To name a few movies, Super Deluxe (2019), Aligarh (2016), and My Brother Nikhil (2005). Even the Indian film audience has come a long way, be it the way in which they accept the community or talk about the topics such as sexual orientation, gender identity etc.
Though this shift in the representation of the LGBTQA+ is indeed praise-worthy, wherein actors are coming forward to take up such roles.
The problem lies when such movies fail to get the recognition it deserves. Unlike other movies, it does not get mainstream attention, and falls into the category of “off-beat films”. However, last year Ayushmann Khurrana’s Shubh Mangal Zyada Savdhan (2020), which revolves around a gay-couple received positive reviews and was an instant box-office hit.
Undoubtedly, established actors do help films to get a wider reach. But again, when will directors actually give chances to those who actually belong to the community rather than making some established actor playing the character?
It is necessary to understand that a change in mindset is a collective effort. Because we live in a society which has been indoctrinated for years to follow the heteronormative codes. Due to this, it is a difficult task to change the mindset of people overnight. It’s a gradual process, and just one or two films cannot bring this change. Especially when such problematic content is being propagated by various Indian serials and TV-shows.