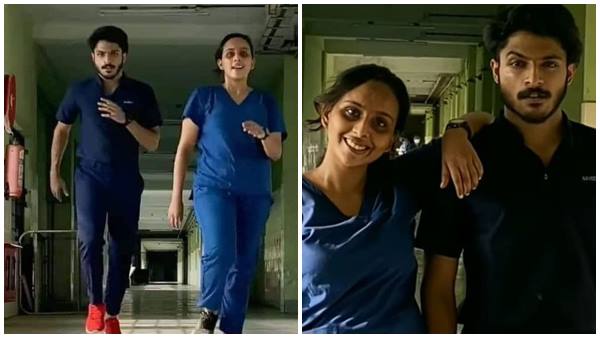 What is this ‘Rasputin Challenge’? Recently, two medical students from Thrissur Medical College named Janaki Omkumar and Naveen Razak took the internet by storm with their performance on Boney M’s ‘Rasputin.’ Their peppy dance won a lot of hearts and was shared far and wide online.

When Naveen K. Razak and Janaki Omkumar, students of Thrissur Medical College, put their best foot forward, there were a few who viewed the dance through communal lens after they came to know the surnames of the dancers. The reaction to the remarks was immediate and has been rocking the student community across Kerala. Have a look at the Rasputin Challenge– Naveen and Janaki.

Using dance as a medium of solidarity, medical students across Kerala rallied behind students Naveen K. Razak and Janaki Omkumar, whose viral dance video has come under communal attack.

The dance video of Naveen and Janaki was uploaded on 23 March, by Naveen Razak on his Instagram handle. However, soon enough, the two students who hail from Thrissur Medical College were subjected to communal attacks, purportedly because Razak’s name suggests that he is Muslim.

The first to step it up to stand with their batchmates were students of Thrissur Medical College. Thirteen of the Vikings, a dance group of the college, danced to the beats of ‘Rasputin’ and they put it up on the Facebook page of Aikya College Union 19-20, Thrissur Medical College. They posted the video with the message: “If your aim is to hate, ours is to resist #resisthate

In a jab at those looking for communal angles, the message points out that the names of all the dancers have been posted for those who might want to know the identity of the dancers to put up more comments on Facebook.

“It is not only the remarks about love jihad that we are protesting again. There were also some who wondered if doctors should be dancing in scrubs, that too in the corridors of a medical college and since medicine is a noble profession, shouldn’t we be at work and so on. We are not robots. So, doctors, medical students, interns and nursing students from the State and outside are sending us Instagram reels of them dancing in scrubs, in white coats and in civvies… That does not affect our dedication or sincerity towards our work,” he explains.

The IMA-MSN is offering a prize of ₹5,000 for the best videos. The conditions are that the 30-second entries should be of pairs (gender-neutral) dancing to the tune of ‘Rasputin’. Style of dance is immaterial and any kind of editing and special effects are allowed for the videos. The last date for entries is midnight of April 20. Videos should be sent to 8547768695.

“The prize will be given to the video (posted on @ima_msn_kerala insta page) with the maximum number of likes and the deadline is April 23,” says Adnan.

Social media is filled with messages, memes and posts expressing support for the two dancers. Congress general secretary Priyanka Gandhi Vadra shared the video of Naveen and Janaki dancing on her Instagram handle. “More power to you guys and the entire student community for standing up against hatred and bigotry” she posted in stories. Shashi Tharoor, Congress MP from Thiruvananthapuram, also praised the students for their creative show of solidarity.

“These kids deserve applause and encouragement, instead of the Hindutva venom being spewed at them because of their different religions. They ooze both talent & comradeship, the best of Young India. And they will make empathetic doctors one day!”