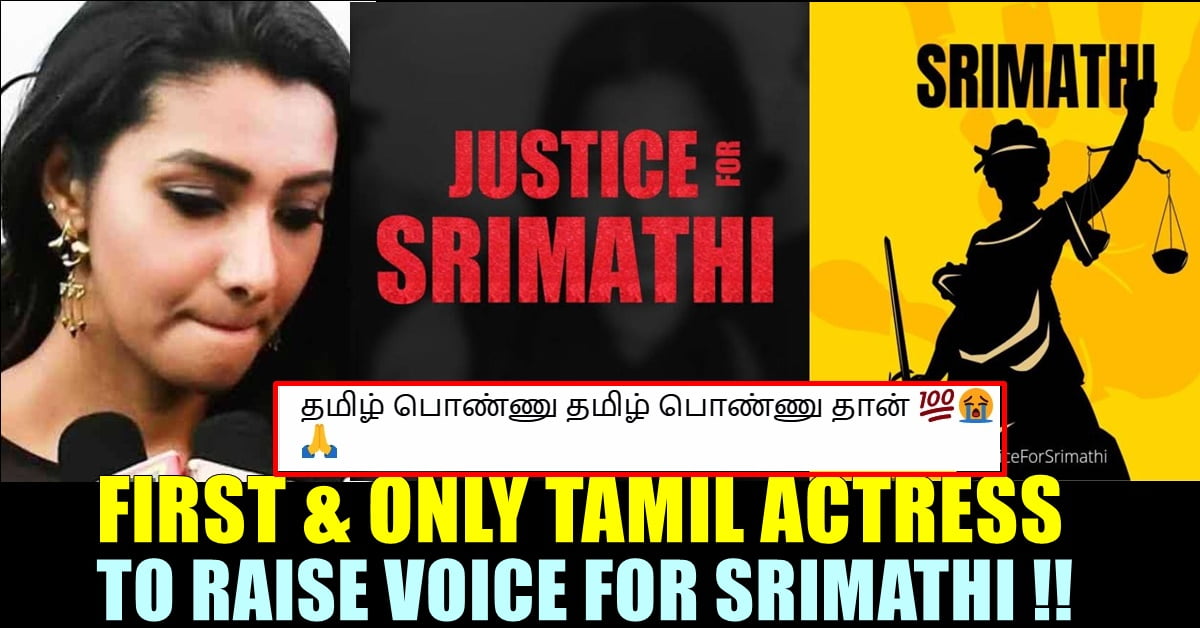 As the case of a 17-year old’s death in Kallakurichi’s private school has gained widespread media attention due to massive protests in the district, Kollywood was slow to respond.

However, actress Priya Shankar broke the silence as she supported the protestors’ demand and tweeted #justiceforsrimathi. The post was retweeted 3,000 times and Priya was lauded by her fans, for supporting the cause.

Netizens and fans praised the busy actress for being the only one from the Tamil industry to openly speak about the issue. One of the users applauded her willingness for becoming a part of this initiative. This user said that many other popular actors couldn’t even dare to post a tweet. 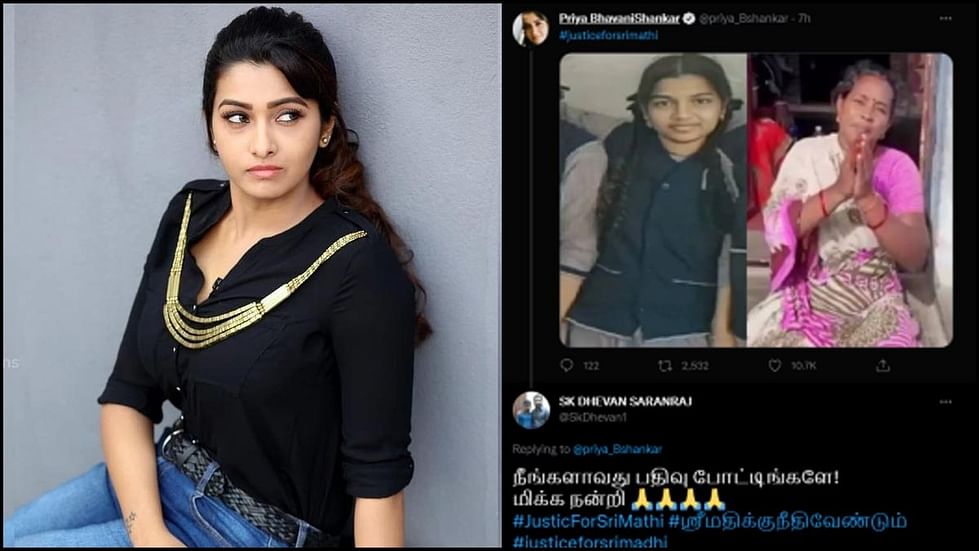 However, every story has two sides. So yes, there were also people who criticised Ms. Priya for speaking her heart out and labeled her tweet as a publicity stunt.

One of the users condemned Priya for showing fake sympathy. This user wrote that sharing Twitter posts about any movement is just business as usual for celebrities.

Another user wrote that by sharing Srimathi’s photo, Priya had put her family under unnecessary stress.
PBS, as the actress is fondly named by her fans, is known for publicly voicing her opinion on social issues. Her upcoming films are: ‘Thiruchitrambalam ‘, ‘Agilan’, ‘Bommai’.

Meanwhile, there have been some recent developments in the case. After two post-mortems, the Madras High Court has ordered the funeral and last rites of the deceased girl to be completed. The court has also asked experts from Puducherry JIPMER Hospital to give their final opinion on the girl’s death.